Is this an official game or a mod of the FM-Towns Japanese release?

Many years ago a game called Zak McKracken and the Alien Mindbenders was released on the PC. Here is a screenshot of the PC version of the game: 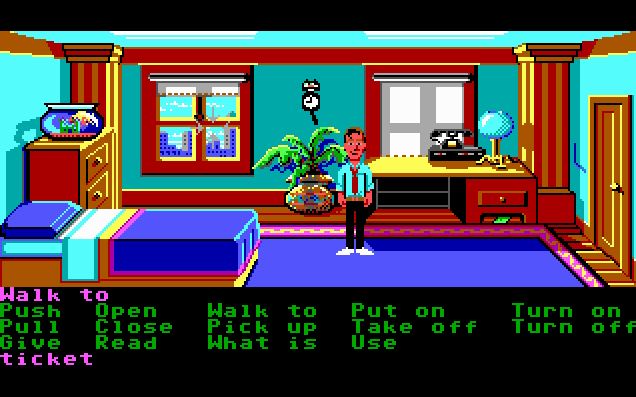 A 256 colour version was released on the FM Towns machine for the Japanese market:

As well as better graphics, the game also had all the characters with anime style eyes:

However, I have come across screenshots and videos of an English version of the FM Towns game (without the anime eyes). For example: 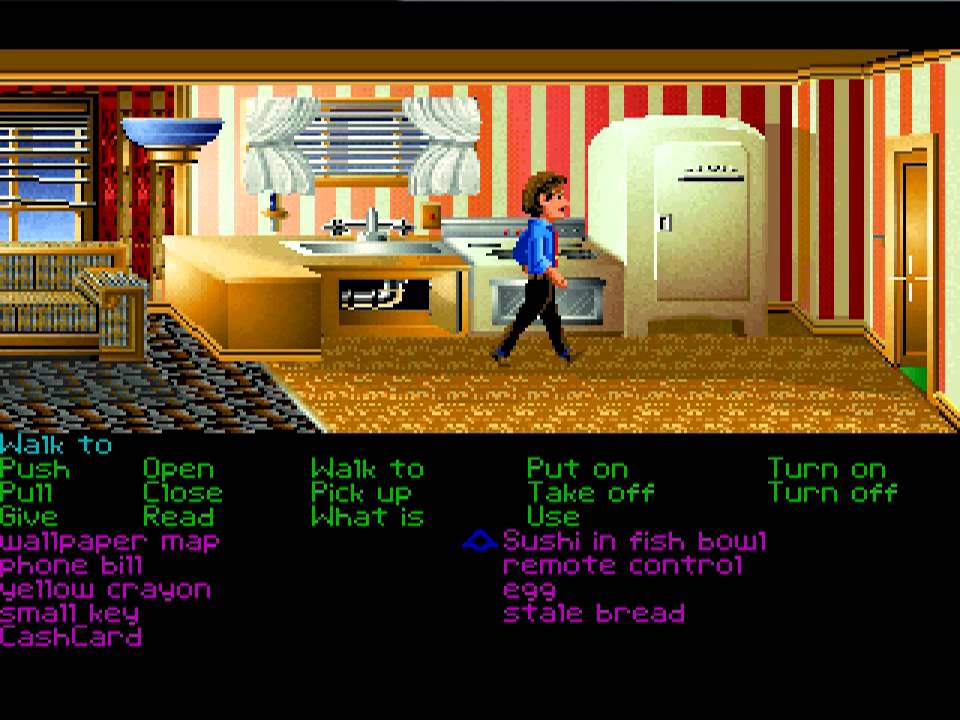 I cannot work out if the English version is an unofficial modded version or a legitimate release.

Does anyone know if the 256 colour, English, non-anime version was a "real" release of the game?

But there are earlier sources such as this 2008 video on youtube:

It turns out that both versions of the game are part of the same FM Towns release. When you launch the game you are given a choice of whether to play in English or Japanese. 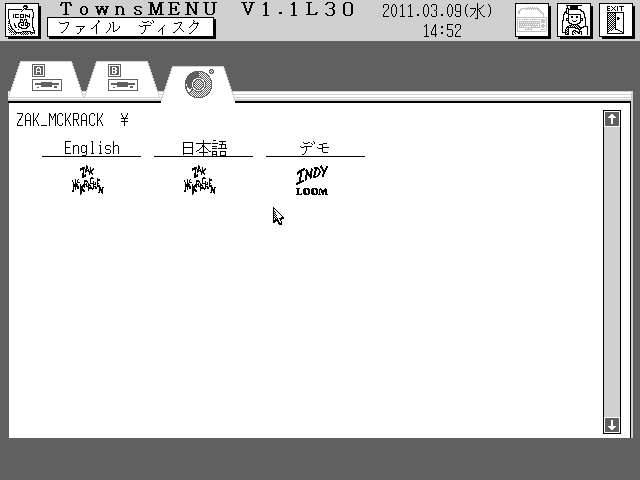 Note that the third option is a collection of demos (common at the time for LucasArts releases).

I assume that the GOG release is based on the English language version of this FM Towns release.

7
Identify this game with darklings
26
Which game is this: you are in the gargoyle garden
9
What is the name of this old Arcade game?
19
Anyone know the name of this Russian puzzle game?
4
What are the dead-end scenarios?
11
What game (rpg?) is this?
13
Which game is this (RPG)?
4
What's this game shown on the Apple iPad page/website
6
What is this PC game in this youtube video?