I tried to play Action Mogura, a Japanese freeware game, on Windows 10. The game itself runs fine, but the Japanese text in the game is mangled, i.e. seemingly random characters are displayed. 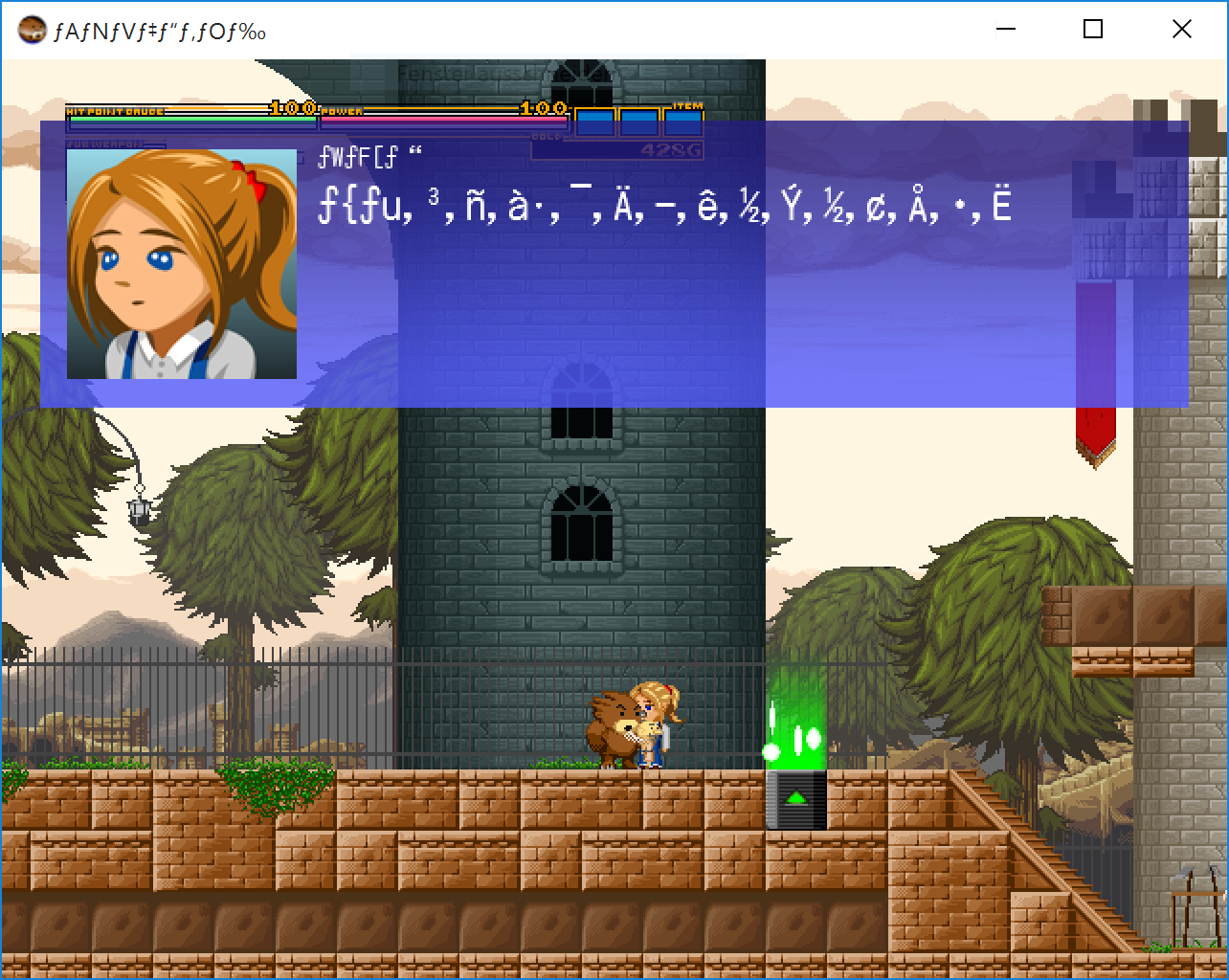 I've tried the following so far:

None of the above seemed to have an effect on the rendered text.

The game apparently runs on DirectX. Before the actual game starts, there is a setup window; parts of that window's text display Japanese text correctly, parts display the same mangled characters as the game itself.

I have no prior experience with running Japanese software on a Windows machine; possibly someone has experienced similar issues and can help me locate the cause?

I did some digging and it turns out you ran into the same problem that is described in this question.

The solution is quite simple:
The game doesn't support Unicode and thus you have to change the language used for programs that don't support it manually in Windows. By default it is set to the OS language.

To change it in Windows 10, do the following:

You will need to restart the computer and then the symbols should show correctly. I tested this with Action Mogura and it solved the problem. It is also not necessary to install the fonts from the game folder, so you can uninstall them if you like.

Changing your locale works, but that will make a lot of other things difficult to do, and essentially makes Windows tell your entire computer that it's Japanese.
An alternate solution would be to get Locale Emulator or the like. Then, you run the game under this program, and it simulates the locale change.

Not the answer you're looking for? Browse other questions tagged technical-issues windows windows-10 or ask your own question.

5
Wolfenstein Enemy Territory stuttery screen anything under 125 fps
5
Why does my Minecraft launcher not launch the game?
9
How can I fix old games being run in portrait mode on my Windows tablet?
1
Certain VR games give me a D3D11 access violation error as soon as they launch
4
Elite: Dangerous launcher fails to start
0
Windows won't detect my Gamepad / Joystick