My friendly mobs are disappearing, what can cause this?

Recently I build a kind of a zoo in my single player MineCraft world. My goal was to display most (if not all) mobs in the game. Each mob is named using a name tag to prevent despawning and each mob is placed in their own cage (a well lit, 5x5x5 blocks room). After I filled the first few cages with friendly mobs and came back (relogged) some of the cages were empty. Specifically my cow, sheep and pig were missing. Having still plenty of name tags, I rounded up a new cow, sheep and pig, named them and put them in their cage. Some while later (a couple of days, so I logged on again) my cow cage was empty yet again.

I am very sure I've named the mobs that disappeared correctly (I don't know if you even can do it other then correctly). The cages have plenty of room and are well lit and since I've not found the missing mobs roaming around, I highly doubt they have escaped. Since hostile mobs don't attack friendly mobs, I also rule that out as a cause.

Does anyone have an idea on why these mobs disappear? And, if you do, how I can prevent it or fix it?

I had this almost exact same problem in my 1.13.2 world, and what worked for me was giving them all different name tags. I don't know why but when I named one sheep "Sheep1" and another "Sheep2" they didn't despawn. I don't know if this will help you as I am in a different version, but if worst comes to worst you can attach them to a fence using a lead. That also fixed my problem.

Monsters (not holding items or wearing armor) and squid (but not animals), including hostile wolves as of 1.1, can cease to exist, or "despawn", under certain conditions:

All hostile mobs (including those that are holding items) in a world will despawn if the difficulty is set to peaceful, regardless as to where the player is positioned in the world.

In multiplayer, despawning does not occur while there are no players in the game.

A monster which has been named with a name tag will despawn if players log out more than 100 blocks from them. However, one created from a renamed spawn egg will despawn as normal.

If a monster is holding any items or wearing any armor that was given by a player or picked up from the ground, it will not despawn.

So, I recommend Spawning your mobs in with command blocks, and giving them Items (the items will not be visible.)

Ok. this maybe isn't the best method to stop this happening, but usually mobs despawn when the chunk is unloaded. I thought this stopped if the mob was named, but this is worth a try. Place a hopper down. Place another hopper facing the first one, then destroy the first hopper. Then place the hopper back, facing the other one like this: 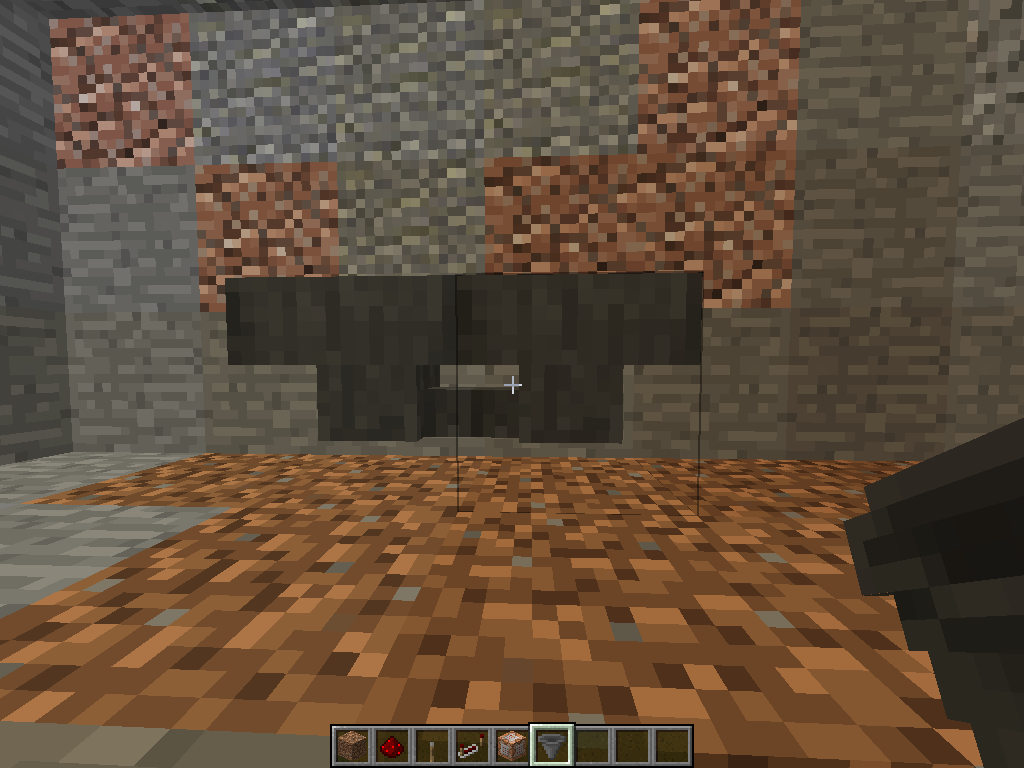 Then, place an item in one of them and it will loop around them both, This should keep the chunk loaded even offline as far as I am aware. Like I say it might not work but it is worth a try.

I found that in order to stop mobs from disappearing, (pigs, cow, sheep, chickens, etc) you have to attach them to a leash, then attach the leash to a fence pole. No problems so far.

21
Can torches cause fire?
4
What can hostile mobs attack?
1
What mobs are one block tall
14
Do beacons give buffs to friendly mobs?
7
Are minecraft mobs ... supposed to do this?
1
Mobs spawning everywhere except the mob farm. What can cause this?
3
How to make your minecraft not spawn hostile mobs but spawning friendly mobs and still get hungry?
3
Why are some mobs disappearing?
1
No Mobs Spawning in Mob Grinder
4
Why are mobs disappearing in my Hardcore world?