I want to understand how the health swap mechanic works when using the Reversing switch in HearthStone.

If i played Cogmaster Followed by a mech to activate his effect, then switched his attack and health with Reversing switch , would he have the buffed number or the original swapped? 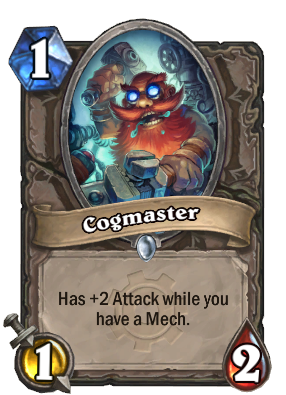 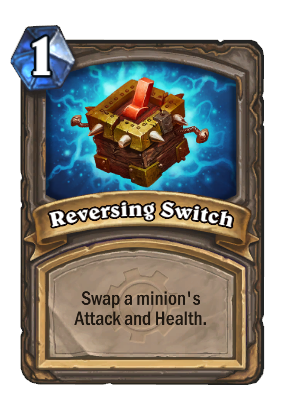 If so, when the mech is destroyed would the health go back to the original?

Reversing Switch will use the buffed stats of 3/2, boosting Cogmaster to 4/3. In effect, the Cogmaster's buff will be applied twice. The mechanics of this can be found in the description of Crazed Alchemist.

However, because auras are automatically re-applied following each game event, once the new enchantment is granted, any aura effects will be reapplied, on top of the Alchemist's enchantment. This allows minions with Crazed Alchemist's buff to effectively benefit from auras twice - once through their inclusion in the Alchemist's buff, and then again through being reapplied after the buff has been granted.

When all mechs are destroyed, the Cogmaster would revert to 2/3 (assuming no injuries)

Because the Alchemist's buff overrides any previously applied stat-modifying buffs and sets the minion's stats to specific values, the expiry of any previously applied buffs will not affect the minion's stats. For example, a minion affected by Abusive Sergeant's Battlecry which is then buffed by a Crazed Alchemist will lose the Sergeant's buff at the end of the turn, but will not lose any Attack or Health as a result.

I had a similar situation with another card and that's how it worked. I can't remember what card but it was definitely pretty much the same scenario.