Figuring out the name of a special goal

I'm playing Rocket League v1.0.3 on PC, in Unfair mode 1v2. There's been this special type of goal I have seldom encountered (I'm talking about goals like "Aerial goal", "Pool shot", etc.), and I'm trying to discover its name.

I tried to get a screenshot but for some reason PrtScn doesn't work with Rocket League on my PC (it copies a blank window), so I will try to describe it to you:

The icon* of this goal included a square and a circle (like on a PS4 controller), and perhaps another shape which I can't remember. Also, the goal was scored by an AI (I played a lot of 1v2/1v1, and I've never managed to score this type of goal).

*shown at the top-right part of screen next to the scorer's name.

Does anyone recognize the goal I'm talking about? Thank you.

The only thing that comes to mind is this symbol (top right, bottom of the stack): 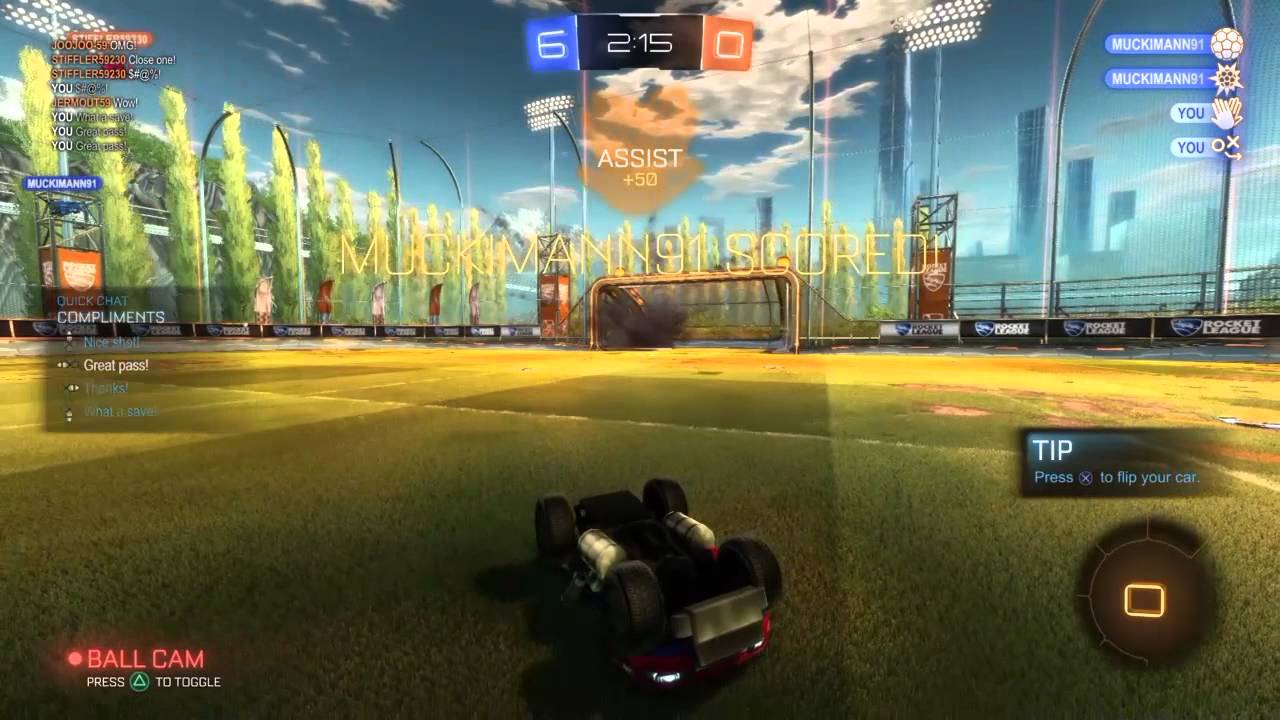 If so, that is the Playmakers Award, which is earned for every 3 assists in a single game.

Not the answer you're looking for? Browse other questions tagged rocket-league or ask your own question.

3
What affects the path of the ball after impact?
4
Maneuvering the ball effectively while in a corner
7
How to change the name of the second player in Rocket League?
1
What's the name of the short song that plays at the end of goals on Neo Tokyo?
3
Numerical level of the second player
2
Is the ball in the Hoops game mode bouncier?
3
Which Black Market decals come out of which crates?
5
What is a Turtle Goal?
2
How does the initial 50% XP bonus work with the premium rocket pass?