How to achieve the 'tactical approach' achievement (Type A)?

"In the Stealth Cruiser, get to sector 8 without jumping to a beacon with an environmental danger."

Any advise/tip on how to achieve it?

As per the FTL Wiki:

Tactical Approach: You must not jump into an environmental hazard until sector eight which includes asteroid fields, ion storms, and a nearby sun. Usually one of the easiest because you will typically avoid these.

The good news is that anything that is counted as a hazard will appear as such on the star map (provided you still have your Long-Range Scanners) so should be simple enough to avoid in most cases.

The bad news is that you may come across a situation where it is not possible to continue without hitting an environmental hazard - check out the below screenshot from Reddit as an example of this. When this happens, your only chance is to wait for a Rebel takeover of one of those stars, or to start again. 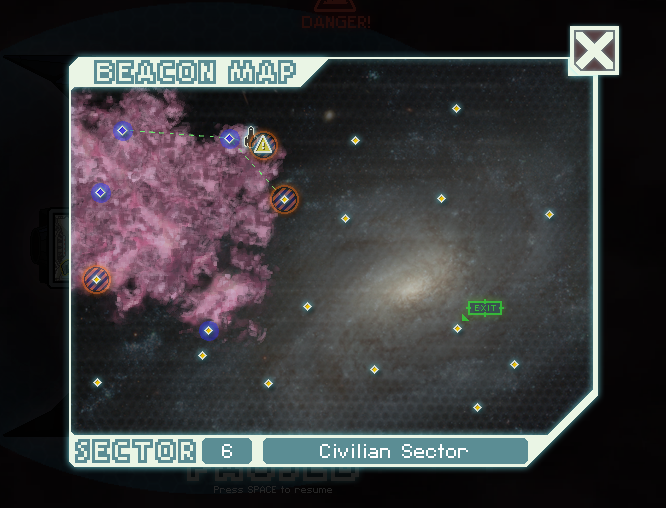