Do the AT-ATs, once their shields are taken down, take part-based damage?

If I shoot the head or neck, will I inflict more damage than if I shoot the body? Or do all parts take hits equally?

Yes, there is a weak spot, on the underbelly of the AT-AT. But just the very narrow cylinder going along the center underside of it. You pretty much have to be standing right underneath it to hit it.

The safer option is probably to stock up on Ion Grenades, Ion Torpedoes, and Ion Shots. Or go for the difficult but quick T-47 take down. 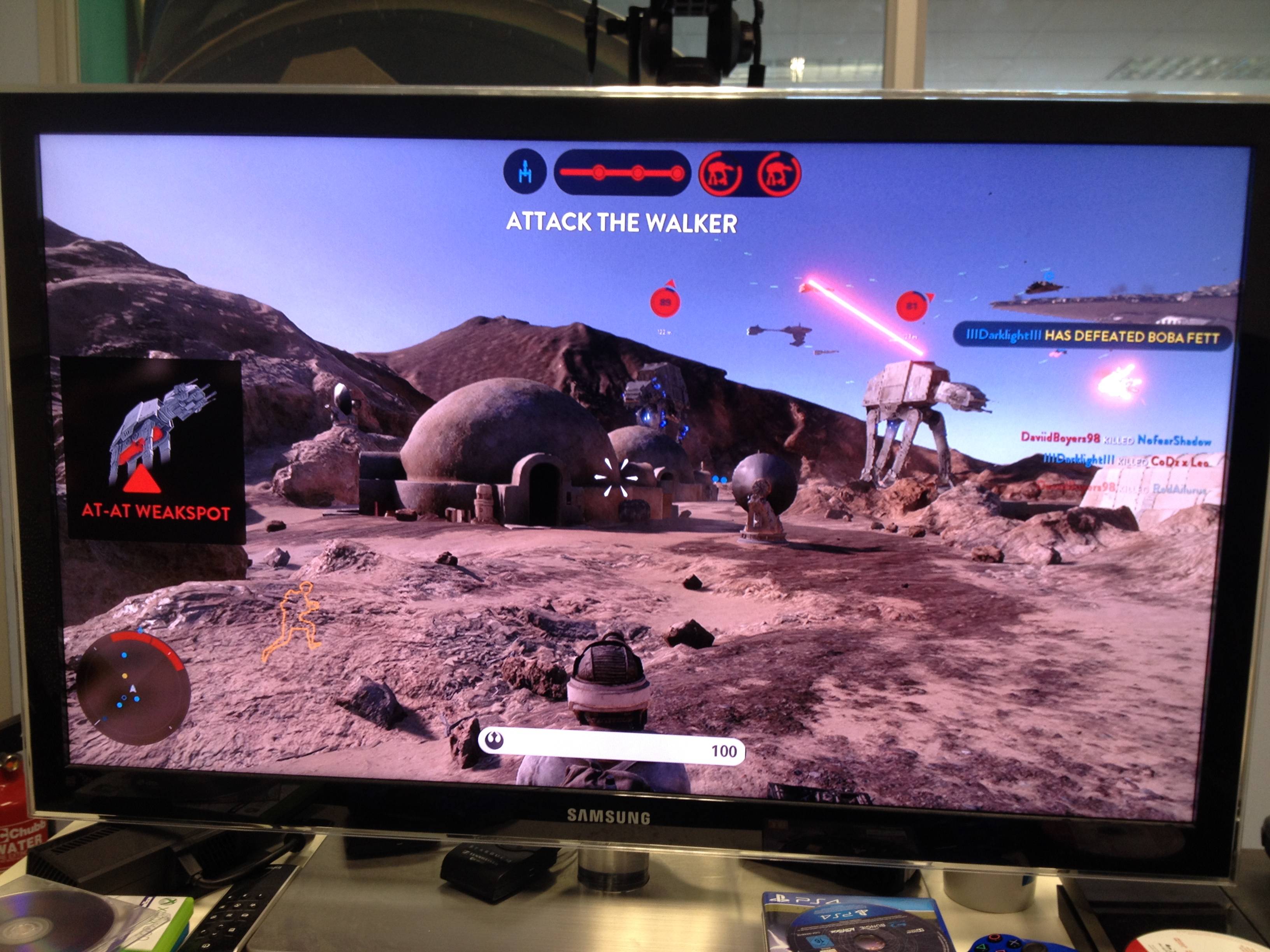 (Note: This was a change from the beta, when it did not have a weak spot.)

Ion shot T-21, T-21B, Disruptor Rifle, DLT-19X, and Pulse Cannon at the neck or underbelly will do a lot of damage. The higher the score you get, the more damage you have done.

Whenever I played it seemed as if there were no differences. However, this could be due to the fact that you cannot really scale your damage by just shooting it as the game converts it into points rather than damage points.

Originally I thought there was a difference but after shooting the head, the back, the underbelly, the legs and anywhere else on the AT-AT I assumed that the game does not have that mechanic yet, or the mechanics will not be implemented.

Hopefully this helped a little.

5
How do I wrap cables around AT-ATs with the Snowspeeder?
5
Where should one hit an AT-ST Walker to do the most damage?
8
What are the hitboxes in Battlefront?