I pre-ordered the Steam link/Steam controller through the steam website and just got it on Friday, but I'm having some issues.

I'm loving the Steam controller but my problem lies with the Steam link. I've been trying to stream Gone Home, Binding of Issac: Rebirth, Star Wars Battlefront II, and Skull Girls but all of them will not stream over 30 fps. Gone home doesn't even go past 25 fps. Though Bioshock Infinite, Half life 2, and Tomb Raider (2013) can run above 30 usually 40s to 60s.

I was using the "Display Performance Information" option while streaming and took a screenshot while playing Star Wars Battlefront II. I've attached a picture of the output: 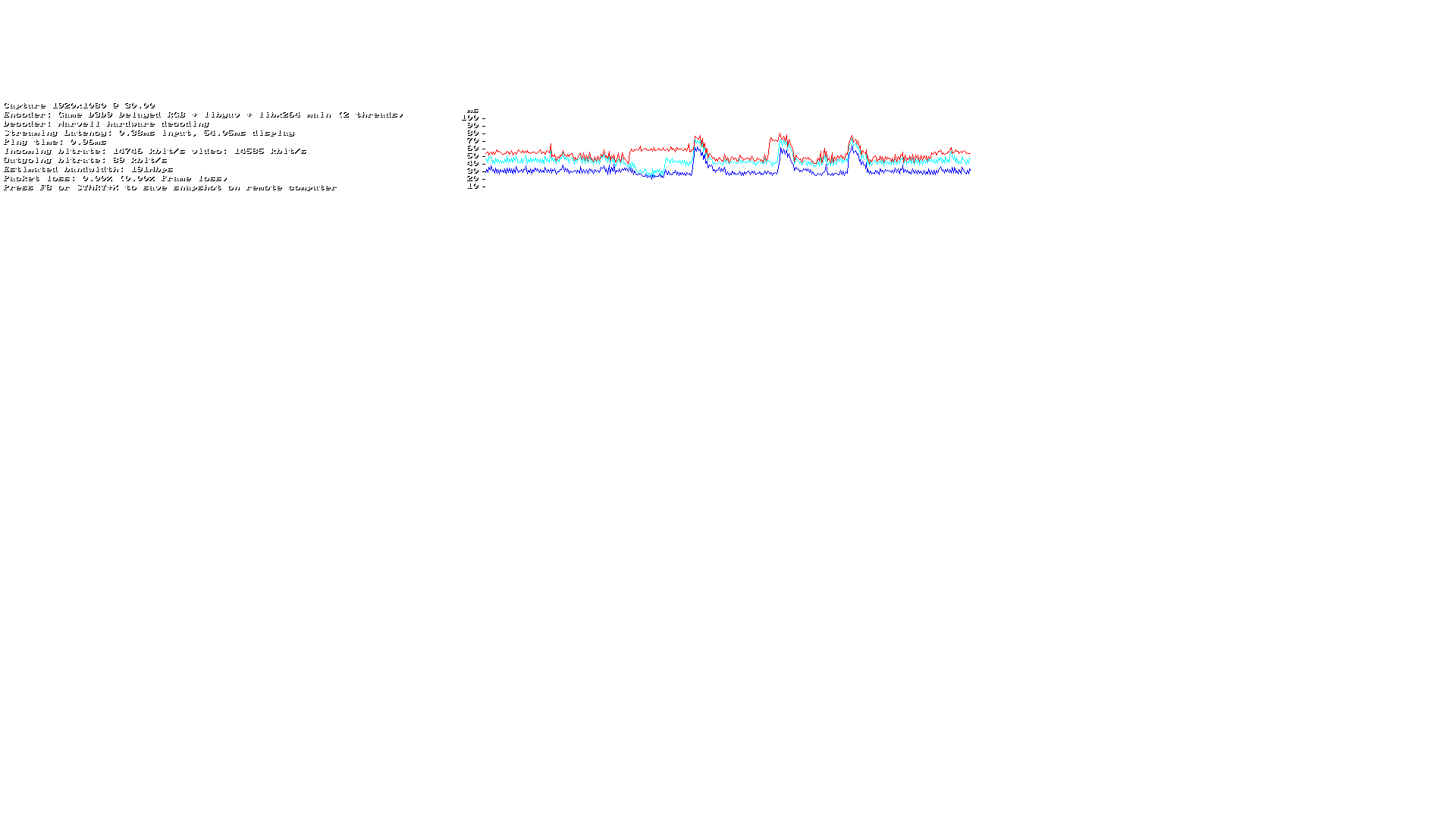 I thought it might be the two ethernet switches that I have in between my main computer and the steam link but I connected both to a gigabit ethernet switch, used only CAT6 cables and got the same results.

Information about my setup:

Is there any settings I have to change on my computer, or anything that I'm lacking? How do I get an output of higher than at least 40 FPS?

This also happens on Laptop, so it is not Steam Link.

From the image you posted your system is actually doing software encoding which is very cpu intensive and I suspect is your problem.

Since you have a 780ti install Geforce experience if you haven't already and turn on shadowplay and turn that to manual if you don't actually plan on using it. This should in theory force your graphics card to do the hardware encoding and should fix it.

You'll know it's working if you see instead of "2 threads" in the encoding printout you see NVFBC.

I found a temporary solution for this problem; and hopefully anyone who has this problem on Windows.

I don't have a lot of experience with encoding, but I found that the D3D9 encoder doesn't really work too well, so if you put your games in windowed mode then it'll switch to Desktop DWM RGB and output at 60 fps.

It seems your CPU might be bottlenecking your performance, as streaming any game to another device is a very hard task and you are using quite an old CPU. I would recommend upgrading to a Ryzen 5 2600 if you can.

Not the answer you're looking for? Browse other questions tagged steam steam-in-home-streaming steam-link .

3
Is there any incentive to ordering my Steam Link and Steam Controller through the Steam Store?
2
How to disable steam-link host display during streaming?
1
Where are the Steam-Link statistic snapshots located?
2
Can't use a controller with Steam In-Home Streaming
2
Steam remote play together no streaming screen from mac host
4
Streaming game to laptop while gaming on other screen