Troubleshooting an xbox that will not boot properly

I have an Xbox 360 Elite. While I was playing it, I heard a sound like wire shock, and then my Xbox turned off.

When I try to turn it on, the power brick light turns green for a while, but then it turns back to orange and the console will not start up.

I checked the wires, and they are fine. I don't know how to check the Xbox console and power brick. The Xbox does not smell like anything is burning.

What can I do to get my Xbox running again?

This answer comes from a similar issue with the Xbox Slim.

I have similar issues with my own Xbox from time to time. I hear shock sounds, and the Xbox will not start. I look over, and the power brick displays an orange light. To fix this issue, I literally just unplug the power brick from its detachable cable, and re-connect it. Ensure that the two are connected, firmly. On rare occasion, this does not fix the problem for me. I detach both cables, completely, and leave them for an hour or so. When I come back, no problem. 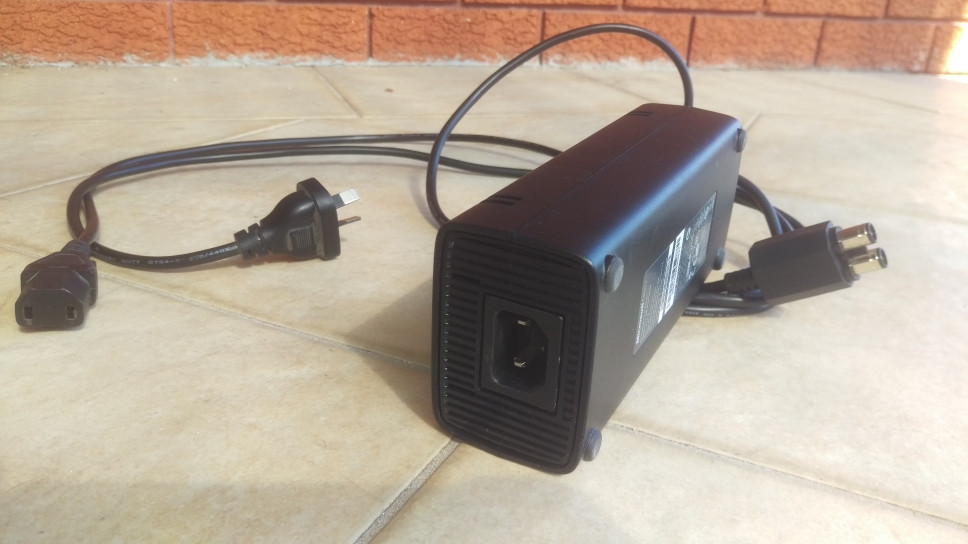 The power brick cable consists of two parts. The Xbox side, on the right, consists of the cable that connects to the Xbox and the power brick, itself. The other side, on the left, is just a standardised power cord for connecting the power brick to the wall. I found that the issue was caused by the two not being connected, properly. By being partially connected, I suspect the electrical current would jump between the two points, causing a shock sound. There is still a connection, but not a stable connection, which would explain the 'stand by' colour display.

It is entirely possible that this issue is the result of wear and tear. In other words, eventually the problem will get so bad that I will have to replace the cables.

The standard power cable is cheap and easy to replace. For this reason, it is best if this is the first part you try to replace, on the hopes that this is where the problem is. While not as commonly used, it is a standardised power cable, with a c17 connection. If you head into your local electrical wholesaler with either a picture of the back of the Xbox, the cable specifications, or the power brick itself, they will surely be able to fix you up cheap.

The power brick, itself, may be difficult to reacquire. Given that they are made exclusively for the Xbox brand, which is no longer in production, your best point of call would likely be Microsoft. E-bay generally has some options, but keep in mind that these will likely be second hand, and the potential for the issue to replicate itself is greater.

15
Xbox 360 powers on but does not boot
1
Xbox 360 with 3 red lights
0
Xbox 360 green light turns on but it does not work or boot up
16
Converting a wireless 360 controller to wired
1
If someone unplugs the Xbox 360 while it's on will it cause any damage to it?
0
Xbox is on, but there's no power light for the controller
0
My Xbox 360 turns on, but isn't working
4
Xbox controller does not start
2
How to solve red light indicator on Xbox-360?