Mounting a time-limited rescue mission for kerbal inbound to Kerbin

I have a poor kerbal who, due to poor planning by mission control (erm, me), is returning to Kerbin, but does not have sufficient fuel to enter orbit.

Is it feasible to mount a rescue mission to intercept her as she passes through? I'm thinking I would need to treat it like a rendezvous in solar orbit by escaping to a higher orbit, waiting for her to catch up, then coming back into Kerbin and matching velocity upon intercept. I'm uncertain how to get the timing right, though, as all my other intercept missions have involved multiple phasing orbits and simple Hohmann transfers.

Any suggestions on how to figure out the calculations? Is this even viable or is she just doomed? Can I just throw raw delta-V at the problem? (sounds like a good Kerbal solution...) 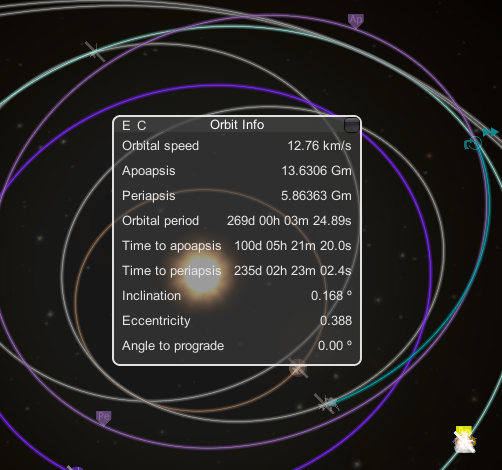 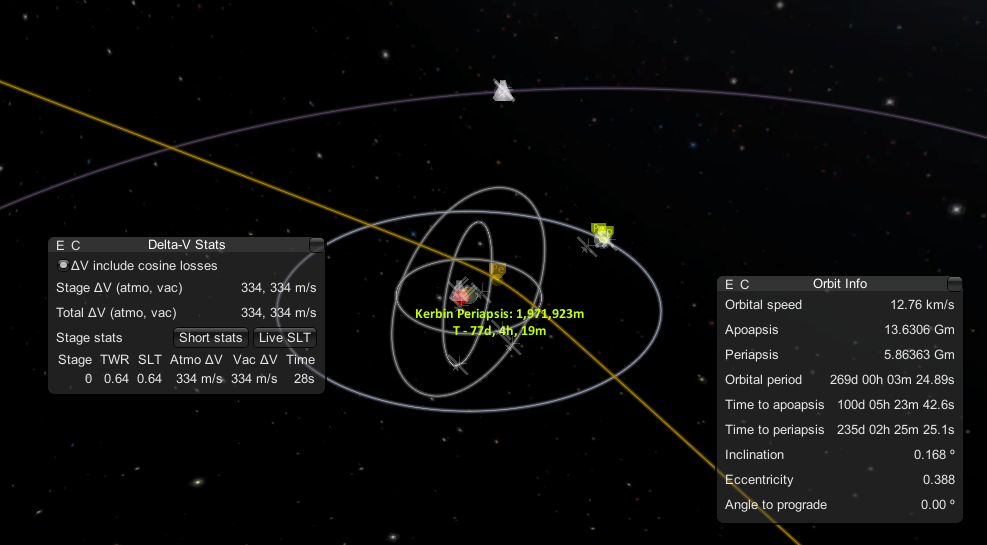 Its doable. This is what you usually do for the asteroid redirection missions.

Make a maneuver node at the Periapsis that would bring her into an Orbit. The dV for this node is a guideline for the dV of the rescue craft. This craft will have to accelerate and then again brake by at least this amount to get back into orbit and of course some spare for maneuvering.

Get a craft into orbit, that has enough dV and an orbit with the same direction as your incoming craft. Match the inclination to that of the incoming vessel.

Some-when around day 76/77 start planing an intercept at the Periapsis of the incoming craft. You might have to lower/raise your rescuers orbit a bit to get this working.

Do the intercept and as the two craft approach each other use the target mode of the NavBall to accelerate the rescuer to the speed of the other craft.

From there on its a normal rendezvous. As soon as you are close enough EVA the Kerbal over and brake into an Orbit (Don't forget you science).

Although it looks like your kerbal is already lost in space. I would have recommended a Munar-assisted orbital insertion: