How do you know what gender your Fennekin is?

So, I am very new to the game, and I really want a female Fennekin, although how do I know the gender? I know for the pickachu it's the tail shape, but no idea about the fennekin. Help?

The gender of a Pokemon is displayed in a variety of places throughout the game. The two you'll see most commonly are right next to a Pokemon's name in a battle, or on the Pokemon status screen in the menu.

This picture gives an example of the battle screen: 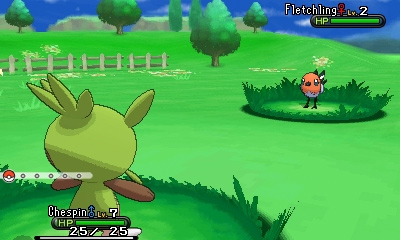 And this picture gives an example of the Pokemon status screen: 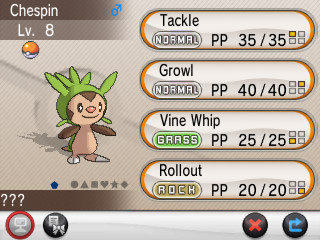 Fennekin, like all starter Pokemon, is only generated as female one out of every eight times on average, so it may take some time to find a female one.

14
What are the chances to get a female starter, and is there anyway to increase the chances?

14
What are the chances to get a female starter, and is there anyway to increase the chances?
1
Does leveling reduce how much super training you can complete?
2
Editing Pokémon Stats
1
How to copy a Pokemon in breeding?
1
Are Friend Safari Pokémon gender locked?
2
How the pokemon's gender is determined for a mystery gift code?
2
All 3 Starters in Kalos?
12
How to breed with a female starter in Pokemon X?