How does Nate still have his 'Sic Parvis Magna' ring in Uncharted 3?

Nate finds the body of Sir Francis Drake, and comments, "It's Drake! He never found it, he just died here!". He then goes to to pull out the Sic Parvis Magna ring he's worn around his neck, and says, "So much for greatness. Wasted his life. For nothin'." And he throws the ring onto Francis Drake's lifeless body and moves on.

In Uncharted 2: Among Thieves, Nate is seen wearing the ring though it doesn't seem to play much of a part. Interestingly, the covers for the game has both versions -- with and without the ring. 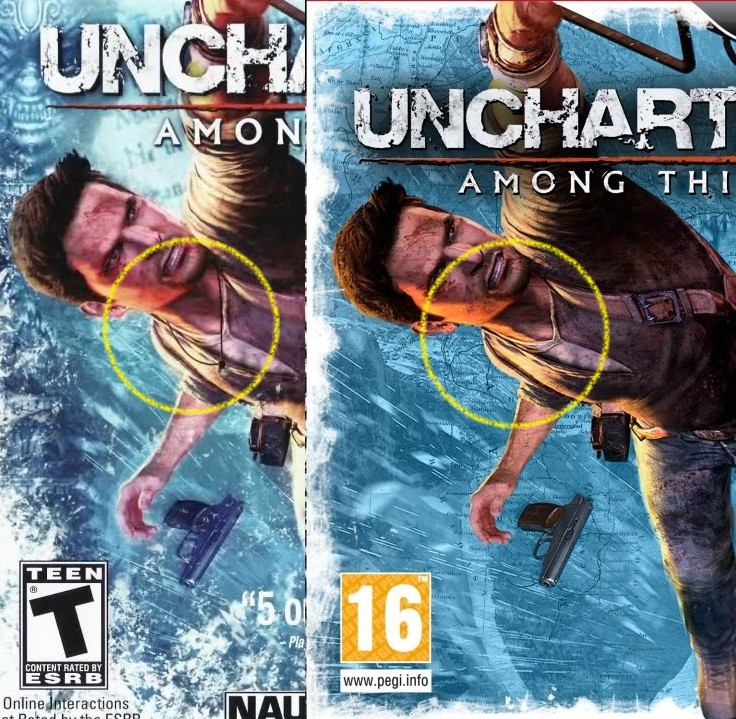 In Uncharted 3: Drake's Deception, he's wearing it around his neck again, and a ring plays a pivotal element in the game's plot (pun intended!). 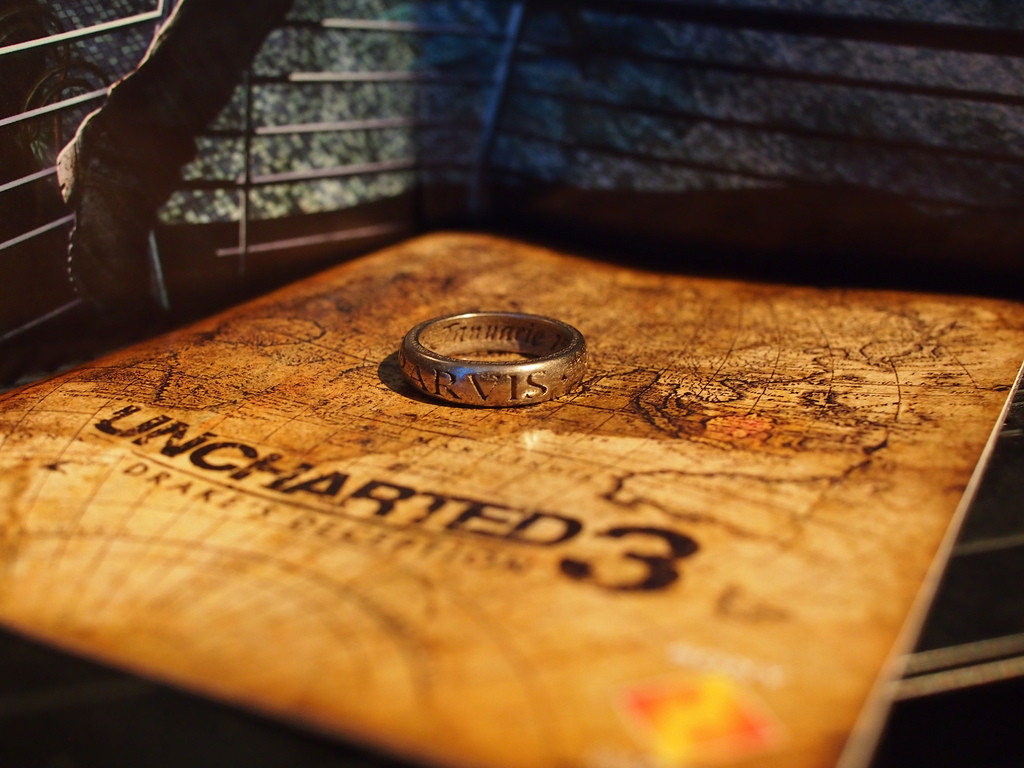 It is revealed that

A young Nate attempted to steal the ring and the matching astrolabe from the Francis Drake museum, but managed to get just the ring. 20 long years pass before he gets his hands on the astrolabe again, into which he inserts the ring to unlock its mechanism.

So what really happened to the ring in UC1? Does Nate have multiple copies of it? Was he perhaps wearing a fake in UC1? Do we know if he recovered the ring in UC1 or UC2 (I can't remember)?

Or is this just a blooper?

Elena saves the ring unbeknownst to Nate and returns it in the final cutscene in Uncharted 1.

Nate: It's a shame we're leaving empty handed, though.
Elena: Oh well, you know, I... I did manage to save one small thing. Here I... I thought you might miss this.
Nate: Thanks.
Elena: Yeah.

Not sure how I'd missed that, but glad I found the reference! NaughtyDog is boss after all!

Not the answer you're looking for? Browse other questions tagged uncharted-3 uncharted uncharted-2 uncharted-series or ask your own question.