In the early game, is the vault 111 suit the best thing to wear?

I've played probably 10 hours into Fallout 4, and I'm still wearing my vault clothes. They have high radiation resistance so I've been sticking armor on top. Is that the right thing to do, or should I change into something else? 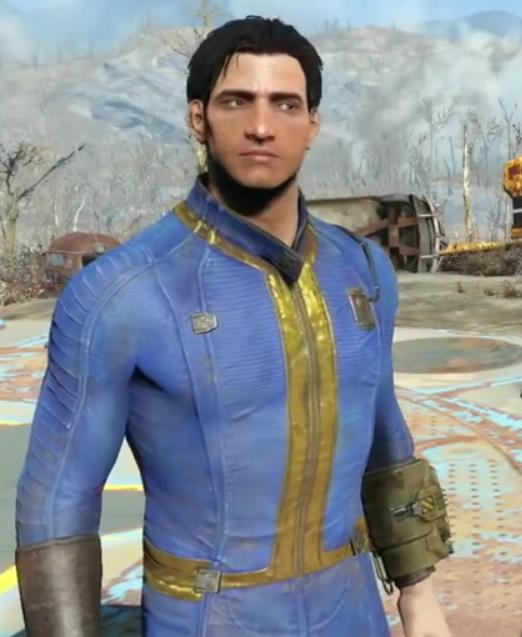 The Vault Suit is the correct choice.

My first character was still wearing the vault suit at level 20, despite trying a number of alternatives. This is mainly due to the suit's radiation resistance.

The BOS Uniform grants 5 rad resist, so that might be a possibility as well. However, you can't upgrade the BOS Uniform. This means that it is quickly outclassed by the vault suit, which can be upgraded multiple times. You could also consider wearing headgear that has rad resists, like an Assault Gas Mask, but then you miss out on the attribute bonuses from a hat and glasses and look like a goon.

Later in the game you can get radiation resistance from your armor. By level 13, you can get Armorer 2 and Science! 1, allowing you to add the Leaded Misc mod to your armor. You can easily get 50 or more rad resist without a Vault Suit at this point. That's enough for almost any situation, so you can switch to different undergarments if you like. One easily obtained alternative is the Minuteman Outfit, which adds to AGI and PER. Preston is wearing one of these, and the clothing stand I built in Sanctuary Hills has two in stock every day.

More details on available clothing here, but that list doesn't look comprehensive at this time.

You can mod most other undergarments with the Lining perk!

For example, the Vault Suit has a Max Def of 20/25, but Military Fatigues can give you a Def of 110/115 (Max upgrade mod gives 110 but military fatigues naturally already have 5 energy defense so they stack to 115).

The Lining Perk is unlockable through Tinker Tom of the Railroad (at some point Tom is even selling these items). after unlocked you can still choose who ever you wanna side with. its acquired by side quest and it does not affect main story... also hats and other outfits are moddable this way.

The best part is this is Vanilla content - no requirements on third party mods.

The vault suit is overall the best under-armor clothing in the entire game (Once it is fully upgraded). Boring but true.

I recommend getting the mod which allow you to wear armor over all clothing. It helps a lot with variety - now you can wear that useless tuxedo and have armor under or over it. The mod is available at NexusMods