If you put enough blocks down to make a artificial biome, if you Actuate them, will they still represent the biome you made?

I made a biome farm so i could get a bunch of platinum in some time. So, could i make a farm with Actuated blocks that build a biome? this is on Terraria Mobile.

It appears that blocks actuated into the background do in fact still count for a biome.

I did not find any information on the wiki that would point to this conclusion, so I decided to test it myself. I built a small area of 80 mud blocks and grew Jungle Grass on them (80 is the number of blocks of Jungle Grass required for the area to be counted as a Jungle biome, see here). I then actuated all those blocks. 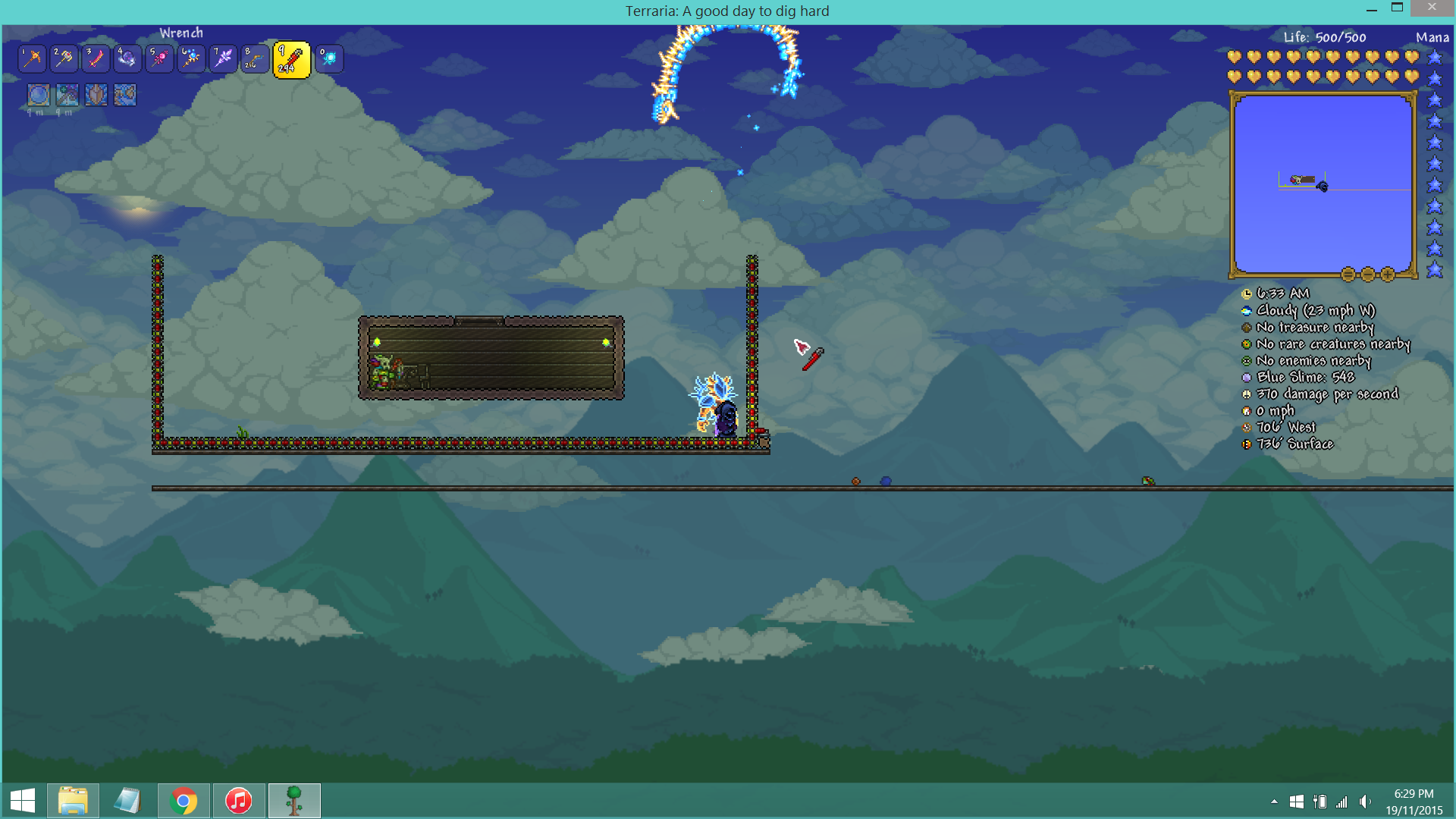 Now, how do we test that this area is in fact a Jungle biome? Well, apart from the music changing (which it did), we can use the Witch Doctor NPC. When the Witch Doctor is in a Jungle biome, he sells additional items that are only sold under that condition. So I built a house for him inside the area of Jungle Grass blocks. 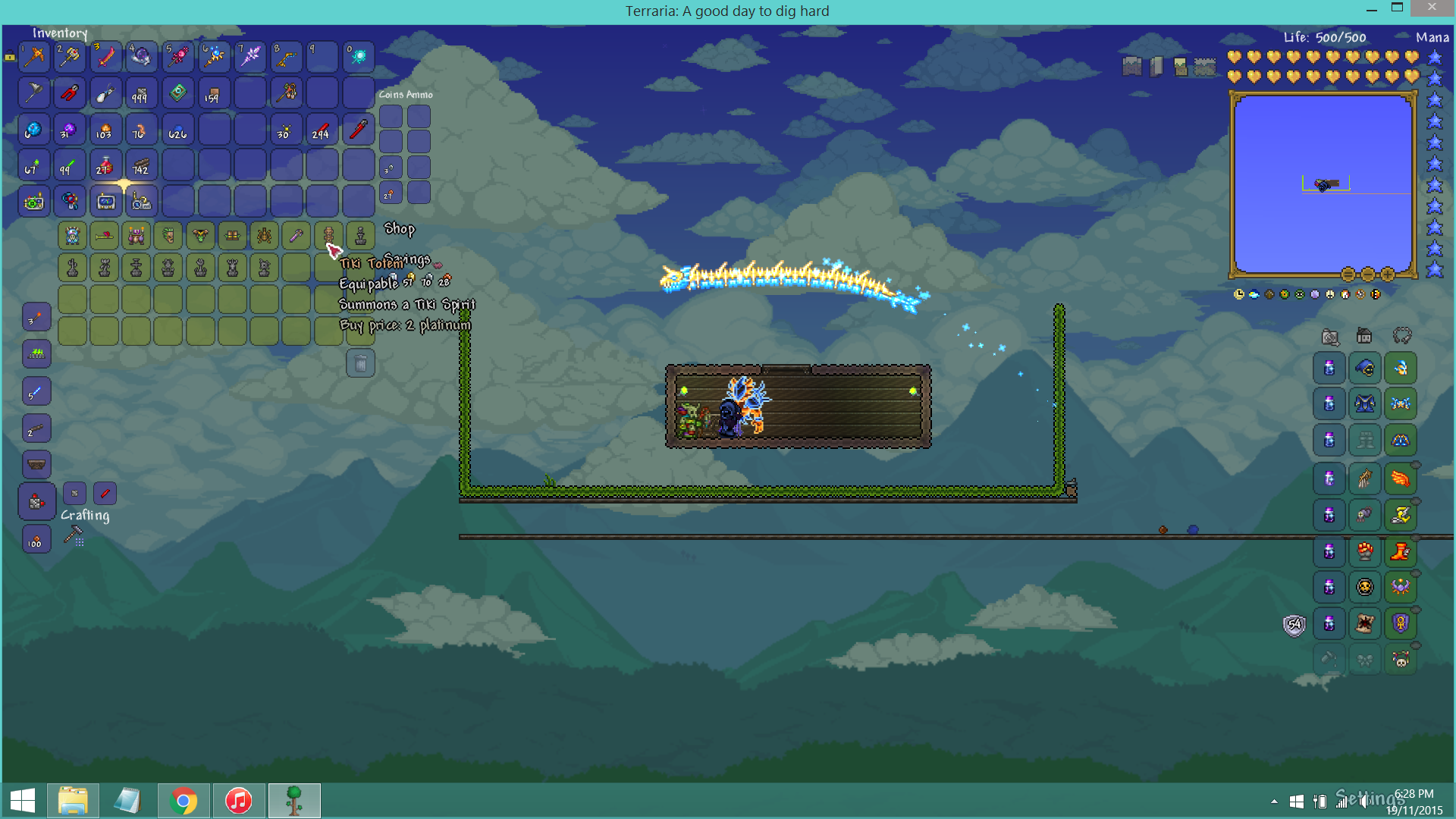 As seen in the image, the Witch Doctor is indeed selling the additional items (Tiki Totem and Hercules Beetle at the moment). This proves that this artificial Jungle biome is working.

Now all that needs to be done is to actuate all the blocks into the background and see if the Witch Doctor is still selling those additional items. 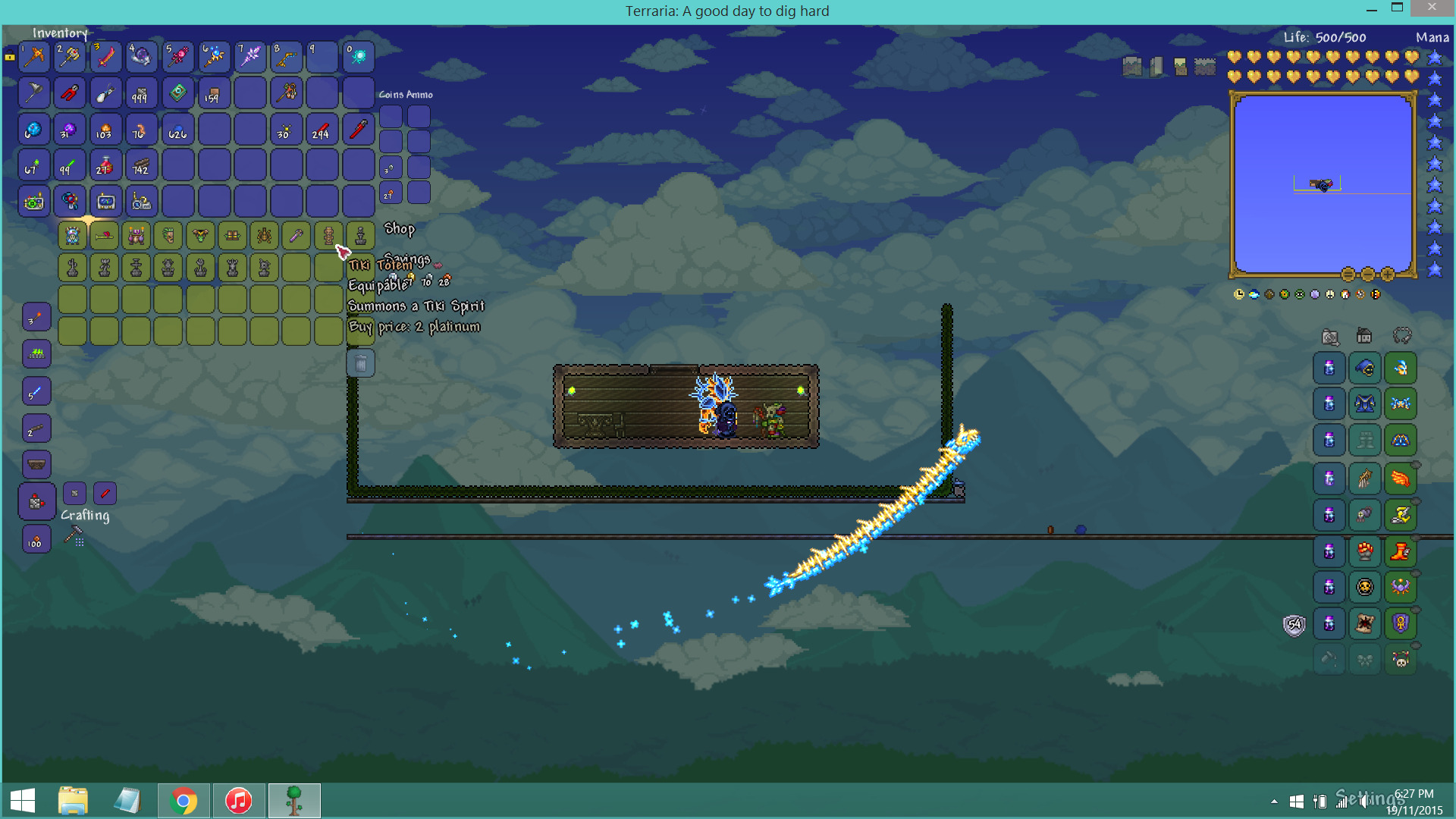 With all the Jungle Grass blocks actuated off into the background, the music still stays as the Jungle music, and the Witch Doctor is still selling the additional items. There are no other foreground Jungle Grass blocks on the screen, so the only explanation is that the background blocks still count towards a biome's existence requirements. Note that I only tested this with the Jungle, but it is likely that the result I found here will also apply to other biomes.

Not the answer you're looking for? Browse other questions tagged terraria-mobile or ask your own question.

1
sharing Terraria-savegame on different mobile devices
4
How can I mine Crimstone/Ebonstone if I can't make a Deathbringer/Nightmare pickaxe?
4
Is there any way to increase the drop rate of items?
0
What is the best layer for chlorophyte farming on terraria mobile?Is it possible on mobile?
3
What is 'Everyplay SDK'
1
Will the Chaos Elemental spawn above ground
15
What's the easiest way to build down into water?
1
How can I use paint?