What is the first doctor you can reasonably access in Fallout 4?

If a more specific area is needed, you can reference this map on how dangerous areas are: 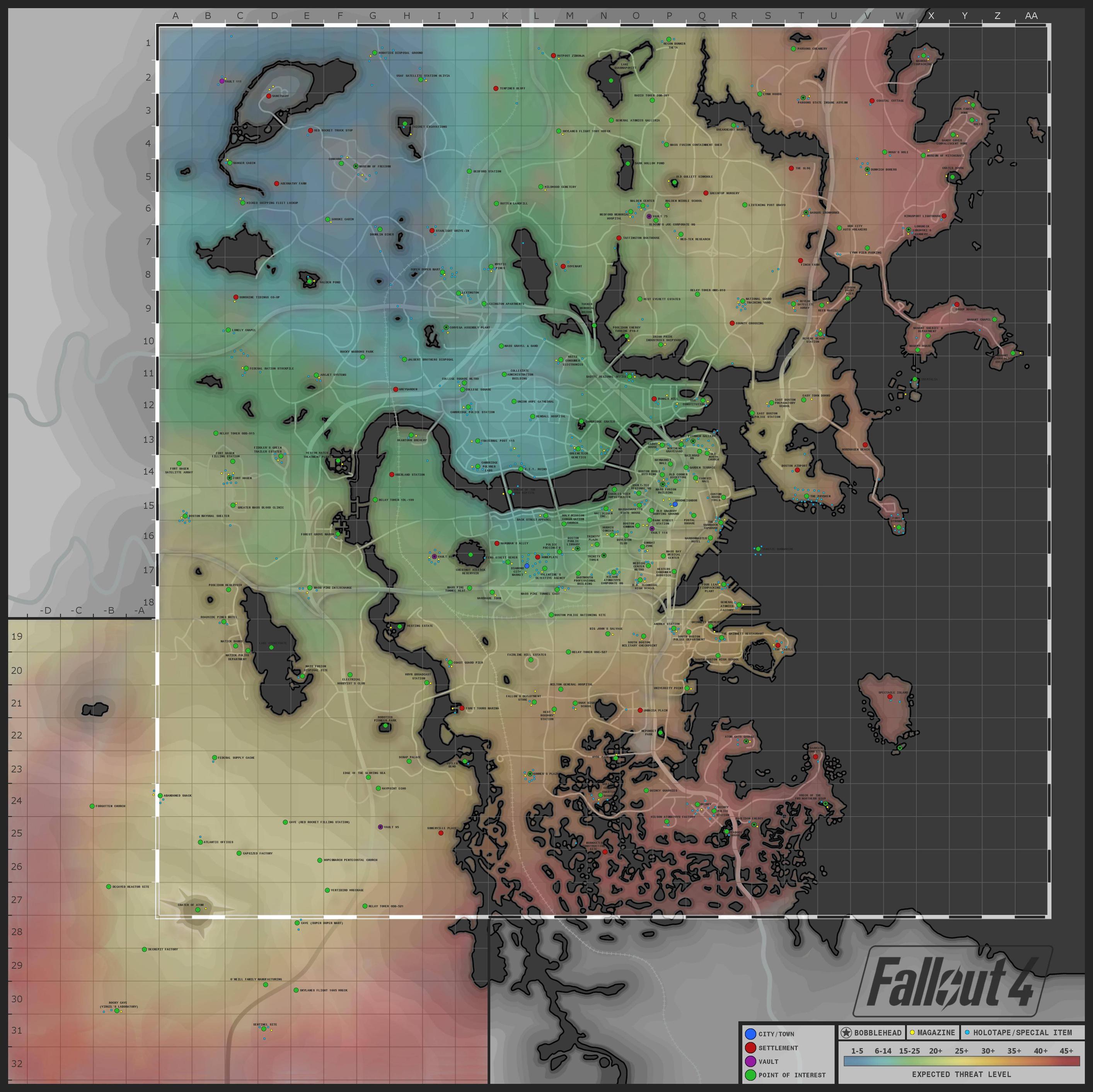 I'd suggest sticking to doctors that are in the areas of the map which are blue (accessible by most characters below level 16). If the map isn't available for some reason, this is roughly a 45 degree wedge from Cambridge up into the northwestern corner of the map.

This question originally was: Is there a doctor consistently available before Diamond city? Given that people interested in this may well search google for terms like doctor, Lexington, Cambridge and Diamond city I am going to leave that in the text as well.

I know there is a traveling doctor in the area (having run into her), but I'm looking for one that is in a fixed location (or very predictable) that players can locate with constancy if they need medical care early in the game.

The doctor in Diamond City was the first one I ran into in my first couple playthroughs. There are a few doctors you could reasonably get to beforehand without going way out of your way, but they're neither a lot sooner nor much easier to get to, so you aren't missing out by just going ahead and continuing to Diamond City instead.

There's a doctor in a shack surrounded by radiation west of ArcJet Systems. The doctor is a ghoul, so the radiation doesn't bother her. If you already have enough radiation resistance, perhaps from the power armor in Concord, then this doctor might be worth visiting. Unfortunately, there's no fast travel waypoint.

There's a doctor in Covenant. Covenant is pretty easy to reach if you go east a bit. You'll have to go through the SAFE test at the door, and she may turn hostile depending on your choices in Human Error.

There's a doctor you can see in Vault 81. I often go by Vault 81 on my way to Diamond City, but it's not very far away and you may not even need to fight anything between the two locations, so you're not really gaining much by going here first.

Furthermore, you have to either pass a charisma check or donate three fusion cores to gain entrance. The check isn't too hard, especially if you don't mind loading a few times. You should be able to get past it with some Charisma gear and/or some temporary buffs.

There is a traveling doctor. I usually run into Weathers at Bunker Hill, in the stall next to Deb. This stall rotates between the various traveling merchants. Sometimes Trashcan Carla is there. Weathers can also be found traveling around the northern part of the map. The wiki article says he starts at County Crossing, near the National Guard Training Yard.

If you spread east before going down to Diamond City, you'll probably run into Weathers at some point. Bunker Hill is a fairly easy to reach early hub. You could just as easily get to Diamond City though, if you decided to go that direction instead.

You'll probably get to Diamond City before Level 14, but maybe not, depending on play style. At level 14, you can get Local Leader 2. This, combined with Medic 1, allows you to build a pharmacy in your settlement. You can assign a settler here, and get all the services provided by a normal doctor.

Covenant has a doctor early game.

Depending on how you play, you could encounter Vault 81 before you get to Diamond City. There's a doctor there.

I tend to highly prioritize side-questing and off-the-rails exploration, so that was the first doctor I'd encountered in my first attempt at playing the game.

Aside from that personal experience, I'd pretty much echo what others are saying in comments: It's probably shorter to list the doctors who aren't available "before Diamond City" than those who are.

19
Which settlement is the best?
13
Can you avoid contracting the disease in Hole in the wall Fallout 4 quest?
17
Where/how can you see an enemy's level in Fallout 4?
33
Can you make Logic Gates/Computers with Power in Fallout 4?
6
Can you stop clipping whilst building in Fallout 4?
4
Can you defeat Fallout 4 without siding with anyone?
1
Can I access the in-game console in Fallout 4 on PS4?
2
Can you build anywhere in Fallout 4?
7
Helping Preston and forgetting about Shaun
27
Fallout 4 chemistry workstation - background image used for reflections