How do I make a free city as the HRE in EU4?

I'm starting as Austria in EU4. Where is the button (diplomacy option) that lets me make Friesland a free city in the Empire? Where can I find which HRE members are already free cities?

Edit: As mentioned in the comments, the Common Sense DLC is required to have these options. 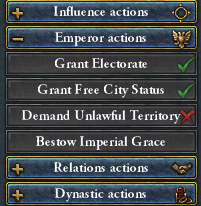 You can view existing Free Cities using the Imperial Map Mode, where they show up blue. Members show up as green, electors as orange and the Emperor as purple. Provinces owned by non-members are hashed yellow. 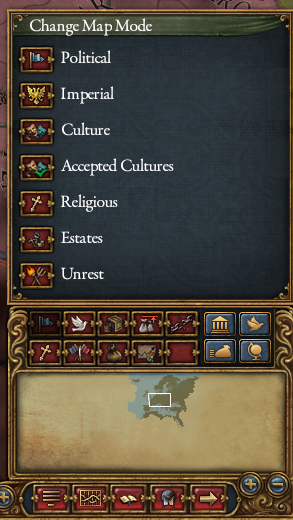 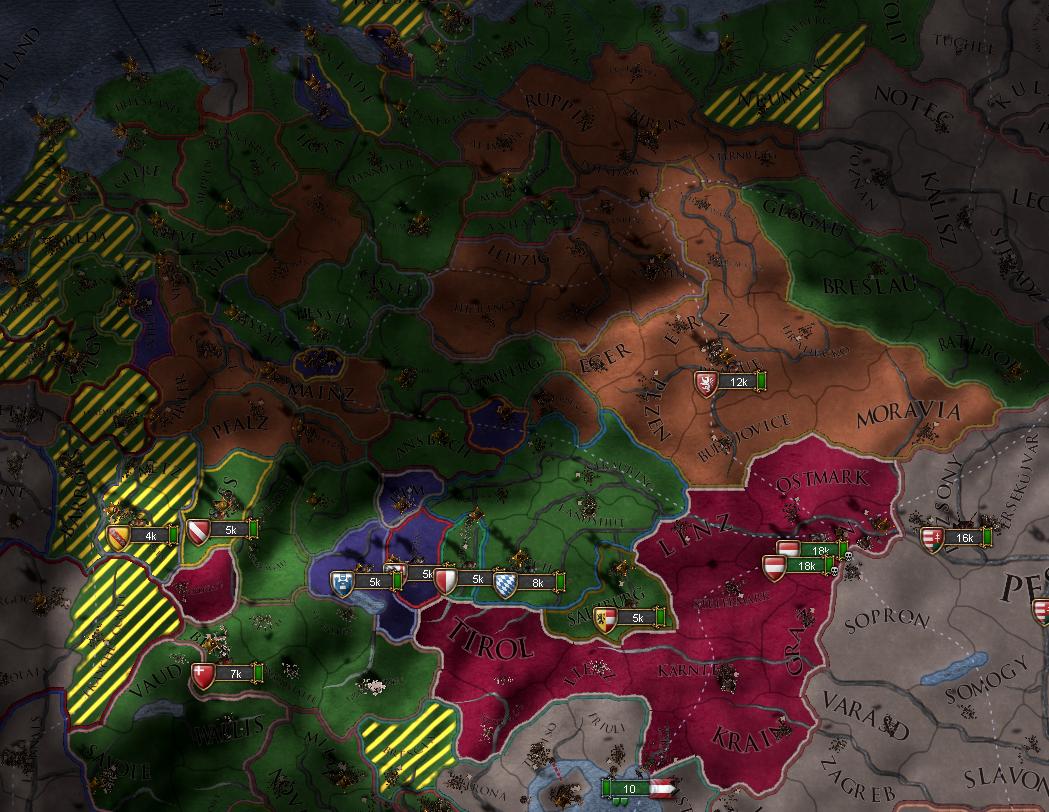 Not the answer you're looking for? Browse other questions tagged europa-universalis-4 or ask your own question.

3
How to make vassal from your own provinces?
9
What are the pros and cons from removing a province from the HRE?
4
Is there a way to see who will win the election for Holy Roman Emperor in EU4?
3
Is there any way for the Evangelical Union Event to not fire even when there is a Protestant Elector?
4
What factors should I consider when granting an electorate?
6
How to actively prevent becoming the junior in a personal union in Europa Universalis IV?
1
How do I keep the Prince-Electors pleased with me as HRE Emperor? (Austria)
4
What features have been replaced with paid-for DLC features?
2
Roman culture for converted CK2 game
3
Getting Peace of Westphalia in League War while not war leader?