Why is Power Armor so much more common in Boston

In Fallout games prior to 4, functional sets of power-armor are a relatively rare commodity (at least, outside of BoS/Enclave installations where power-armor may be common but mostly also non-lootable...especially if you don't already have some of your own). You generally don't get your first set until mid to late-game, and outfitting an entire party with power-armor takes a lot of effort.

Contrast this with Fallout 4, where...well: 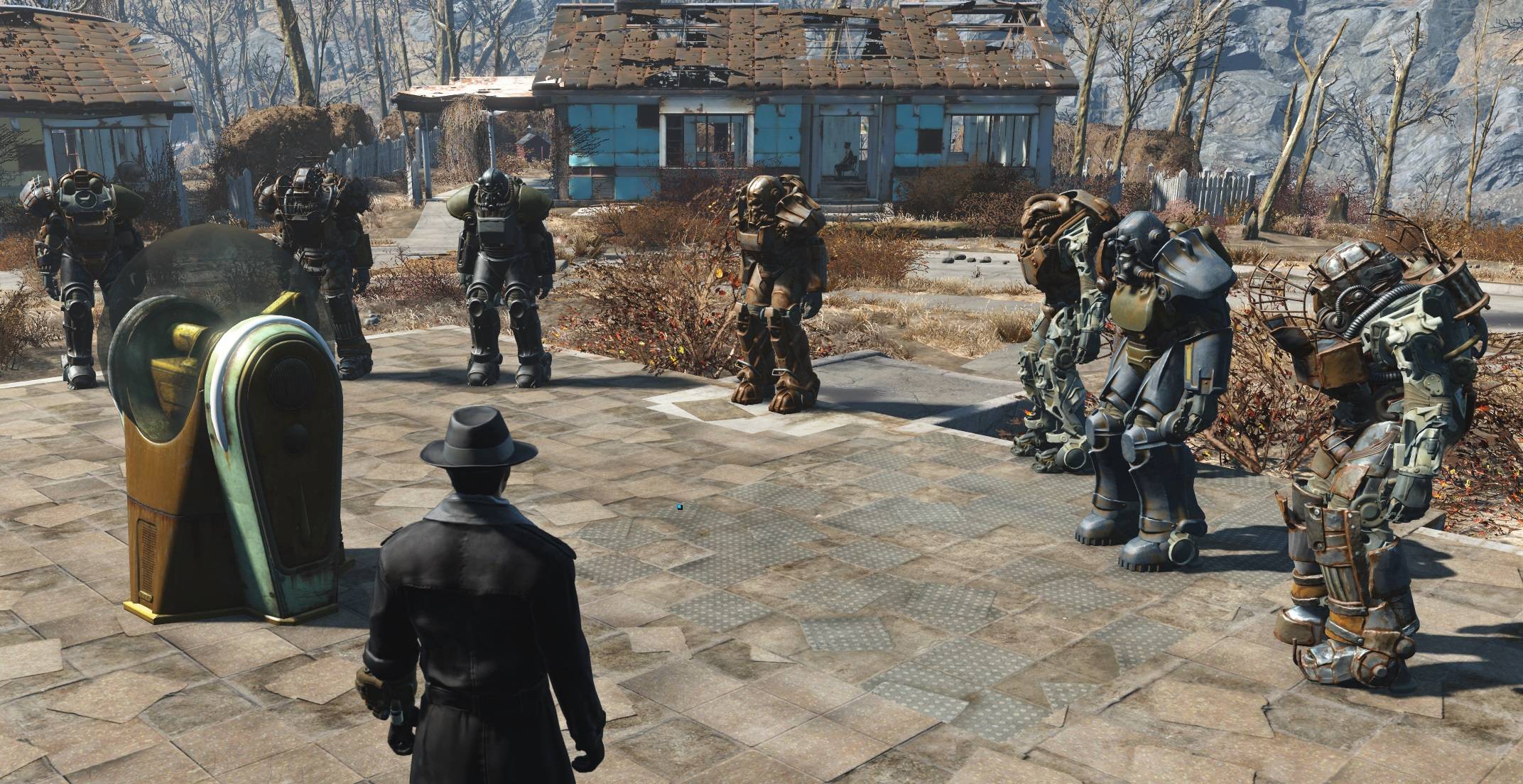 I've got 7 sets of power armor, and I haven't even been to Diamond City yet. The first set I found basically by accident (went up to the rooftop before the guy told me to), and more sets keep turning up more-or-less the same way.

Is there any canonical/in-game explanation for why liberated/lootable power-armor is almost commonplace in Boston and so rare everywhere else?

In Fallout 3 and New Vegas, power armor was abundant, but only in the hands of certain factions. Namely, the Enclave and the Brotherhood of Steel. Once you encountered the Enclave in Fallout 3, you could have easily had dozens of suits of power armor laying around, just like in Fallout 4.

The difference in Fallout 4 is that the power armor is distributed about the wasteland, and not controlled almost solely by these two organizations.

Power armor was utilized by the US army pre-war. So, anywhere the US Army could be found, including the commonwealth, should have had power armor present when the bombs fell. There are plenty of US Army installations in the Commonwealth, and these are often the places where you find the power armor.

Brotherhood activity has only recently expanded to the Commonwealth. When the Prydwen shows up, common people can be heard asking who the Brotherhood even are. This means that they have not had time to collect pre-war technology in the area, including power armor.

As is pointed out in Fallout 4's loading screen tips, some enterprising Raider leaders have salvaged suits of power armor from the area, which has resulted in the "Raider Power Armor" that you can find in the Commonwealth. In an ideal world, from the Brotherhood's point of view, all of this power armor will eventually be collected by the Brotherhood.

Therefore, I think it's reasonable to conclude that power armor is more freely available in the Commonwealth because the Brotherhood hasn't gathered it all up yet.

Note: Most of the historical information referenced here can be corroborated by articles on the Nukapedia, particularly the Brotherhood of Steel page, especially the "Origins" and "Operations in the East" sections.

Is there any in-game explanation for why liberated/lootable power-armor is almost commonplace in Boston and so rare everywhere else?

But, by the same token, you could flip it around and ask if there's an in-game explanation for why most of the Power Armor in previous games was created as a background decoration and wasn't lootable/usable.

Not the answer you're looking for? Browse other questions tagged fallout-4 fallout or ask your own question.

8
How do people know how to use a Power Armor?