What is the exact way to get Devil Deal Rooms?

I know the typical rule that if you don't lose any hearts (or red hearts if you have red AND white/silver/black hearts) you can get a Devil Deal Room after a boss fight, but something odd happened the last time I played.

I was playing as Eve (with the curse activated) and I only had the standard 3 red hearts. So I was battling one of those snake thing bosses on the first floor (with both the curse and Monstro's Lung which I had gotten earlier) and I lost a whole heart at one point but I still got a Devil Deal Room.

I don't know if I got it because I defeated it pretty fast or because the Eve character just has that attribute, but I'd like to know why so I can strategize when I play again.

According to the Rebirth wikia, there is only a 1% base chance for the Devil Room door to open. This chance can be increased in various ways: 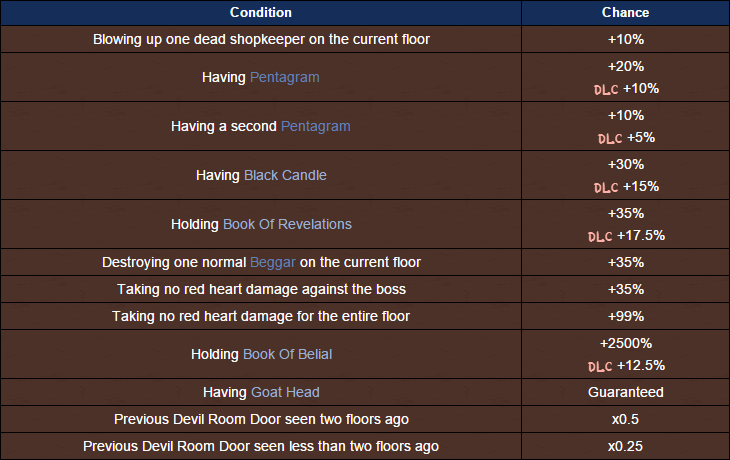 This means that if you get damaged (this regards ONLY red hearts) during the boss fight you only decrease the chance to open a Devil Room, but there's still a small chance to find it anyway.

With pinckermans answer you know what factors influence your chances. But there is a handy overlay for Rebirth, which displays your current chance for a devil or angel deal (+ your other relevant stats).

It updates live, right when you pick up items, take damage etc. It's not really a mod, so it won't disable any achivements.

Link to the GitHub overview page

Link to the released versions 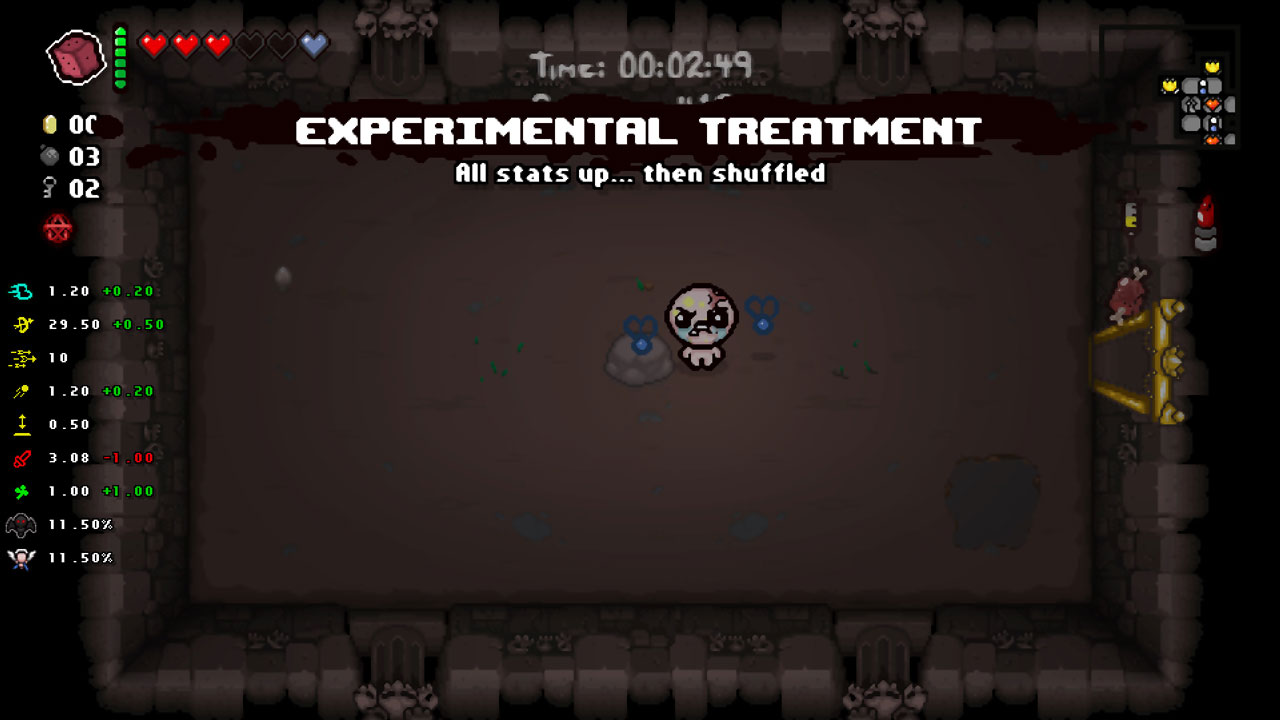 Not the answer you're looking for? Browse other questions tagged the-binding-of-isaac-rebirth .

10
What does the donation machine do?
4
What does the Goat Head do?
7
What are eden tokens and how do I get them?
19
What does the rainbow poop do?
14
How do I get the boss rush?
6
Do items "found" through Dice Rooms rerolls show as unlocked in the items sheet?
1
What do I get for not making deals with Satan?
3
Is there a way to make the keyboard player 2?
3
Unable to get into the chest with another character
2
How to get the "Mom's heart" endings after unlocking "It Lives!"