Is there a specific meaning behind the bomb planting code 7355608?

When terrorists plant the bomb during a round of counter-strike go, the activation code 7553608 is entered. This code is always the exact same. Is there any reason for this specific code?

If you read that backwards you get "Bobsset".

That looks a lot like "Bomb's set" which is what happens when you've entered in the code. It's just missing an m. Which is actually a bit more complicated to translate to leet, the translation being (\/) which wouldn't be able to be written with numbers.

I guess that throws that theory out the window... 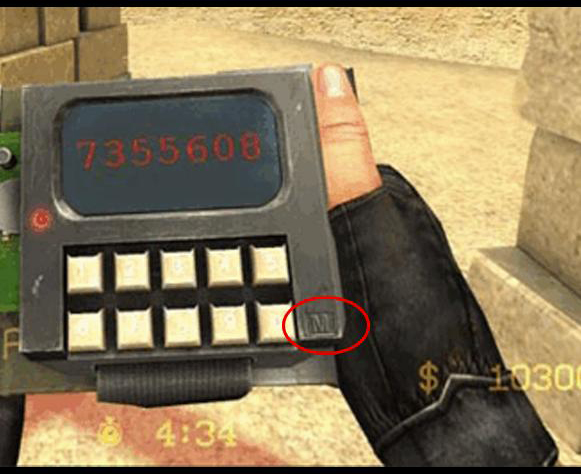 In conclusion, it's plausible that the code and the model number for the bomb in the Counter Strike series can mean: "Bomb's set".

Not the answer you're looking for? Browse other questions tagged counter-strike-global-offensive .

9
ALT+F4 doesn't close Counter-Strike: Global Offensive?
9
Who is the mysterious Arms Dealer?
3
How close can I be to a bomb without getting blown up?
4
What are the factors that determine how much money is earned after a round?
3
Changing the player limit for a team
3
Can achievement progress be displayed in the HUD, like in Team Fortress 2?
3
Does the game punish for killing a defusing teammate?
3
How are PHP codes supposed to be run in CSGO console?
0
CSGO command drop your FPS