In what situation would someone remove their Guard?

In the new Clash of Clans update, a feature has been added which gives a player the option to remove their Guard.

What possible scenario would require a player to disable their Guard in this way? 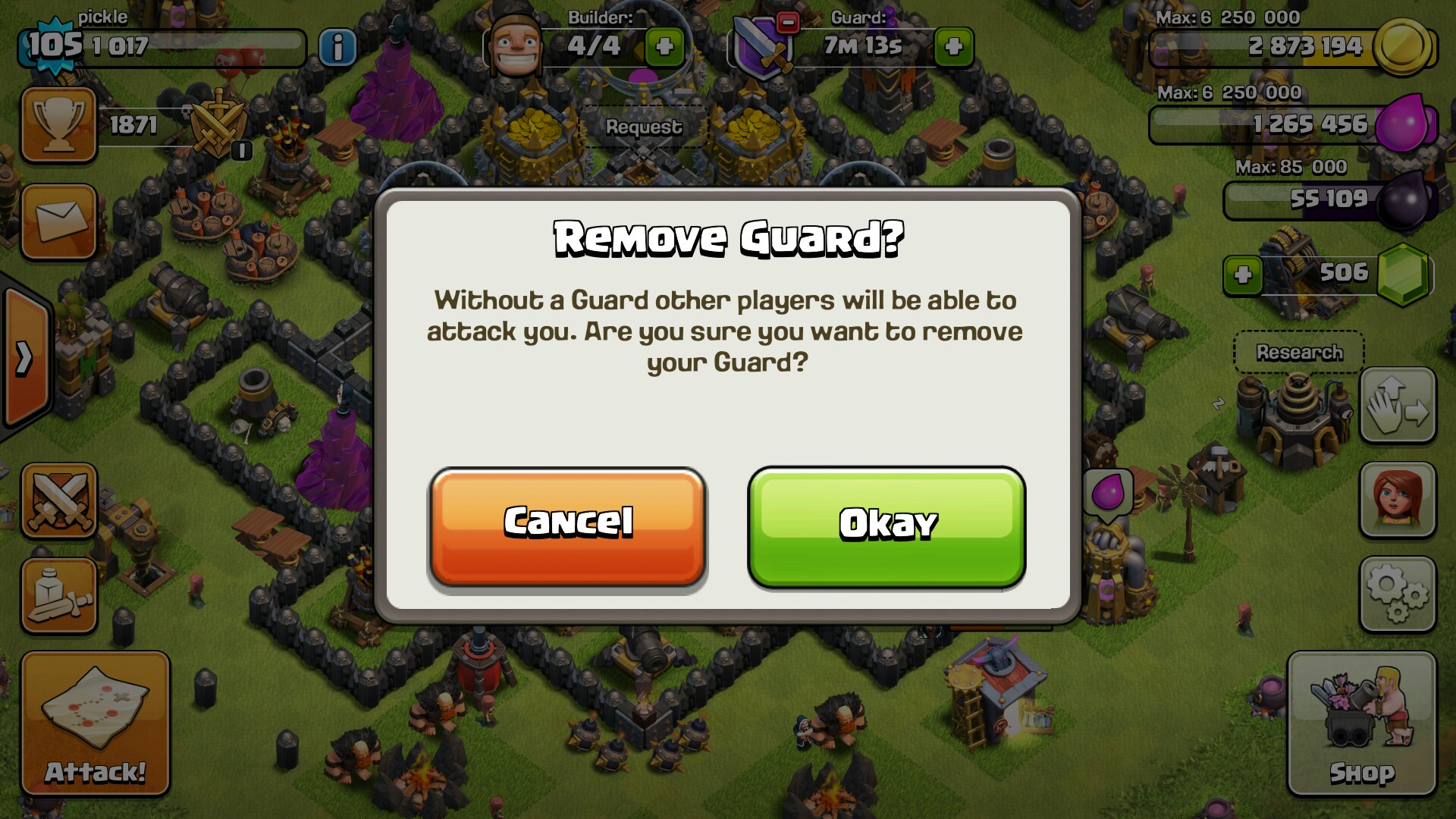 If I see the shield is going to expire in the middle of the night, or at another time I won't be able to check my phone, I prefer to disable the guard/shield immediately, while my collectors are empty. Few hours later, with collectors filling in, the loots available to attackers would be much larger, or I could be attacked multiple times by looters that only target those collectors without granting me a new shield.

VGO's answer is the correct idea, but it relates more to shields, and the question specifically asks about guards.

Since guards are only 15 minutes for the vast majority of clashers, there is no real benefit to dismissing the guard for these people. In 15 minutes at TH9 (these numbers will be even less at lower THs), your collectors will accrue:

Where 75% of Dark Elixir is lootable, that's only 38 dark elixir

These numbers are quite low and shouldn't matter much; however over time I suppose they could add up. Although, sometimes having a small amount in the collectors can trick attackers into thinking there is more in there than there really is and can help your base defend, so NOT removing your guard could(?) sometimes be better.

In any event, at higher leagues where guards last longer, it becomes more reasonable to make sure to dismiss your guard before you go to bed. They last hours at high leagues like Titan, during which time your collectors actually could accrue a more meaningful amount of money, so it makes more sense to dismiss the guard.