Nick Valentine has disappeared after fleeing from Skinny Malone?

I re-entered the building, but I only found Malone and the two triggermen. I rapidly killed them and I looked for Valentine. No corpse, no messages in the Pip-Boy, nothing, he just disappeared. So, I entered the Vault and I went to office where he was being captured. Nope he was not there either.

So where could it be? I mean, I don't really know now. The mission says to follow Valentine, but I don't know where he is and the minimap does not help at all!

Is there any way I could find Valentine?

Nick doesn't leave the same way you came in. Instead, within viewable distance of where Skinny Malone (and thus the entrance to that particular vault is) there is an alley with a set of steps leading up to the surface. Usually after dealing with Skinny Malone you would both head over to this passage and climb the ladder before Nick makes a comment about the sky and discusses whether to travel with you back to Diamond City or whether he'll meet you there.

Nick will probably be stood waiting at the bottom of this ladder, or at the top of the ladder, outside of the subway station, waiting to have a conversation with you about the sky.

Nick says he's going to use the service exit, which is located on the right side of the tunnel after exiting the vault. It's a long alleyway with an opened door and a ladder at the end. The quest pointer should get you there. 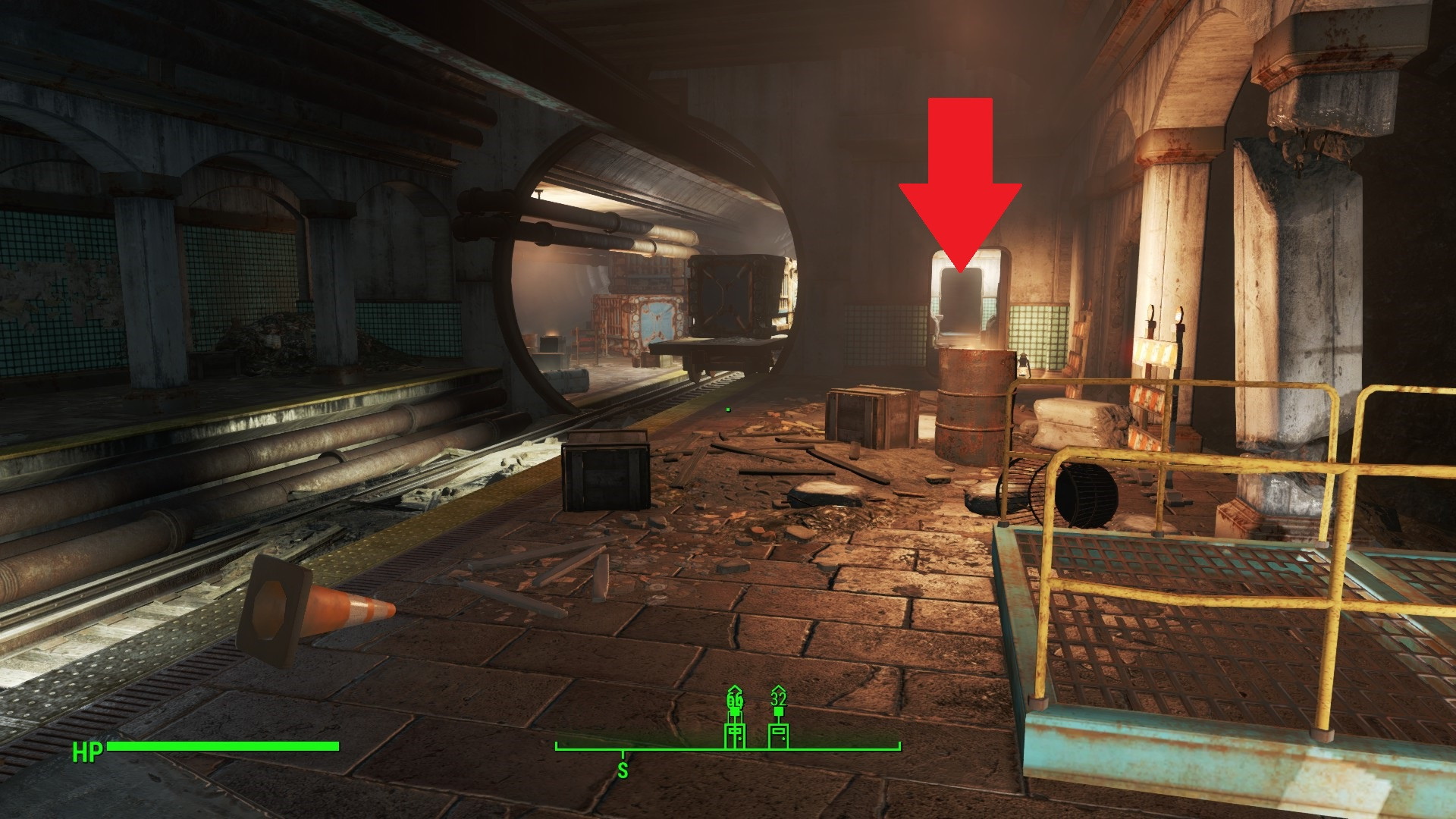 If you missed it, he heads out outside and wait by the exit, west of Swan and south-west of the metro entrance you used. It is referred on the map as Vault 114: 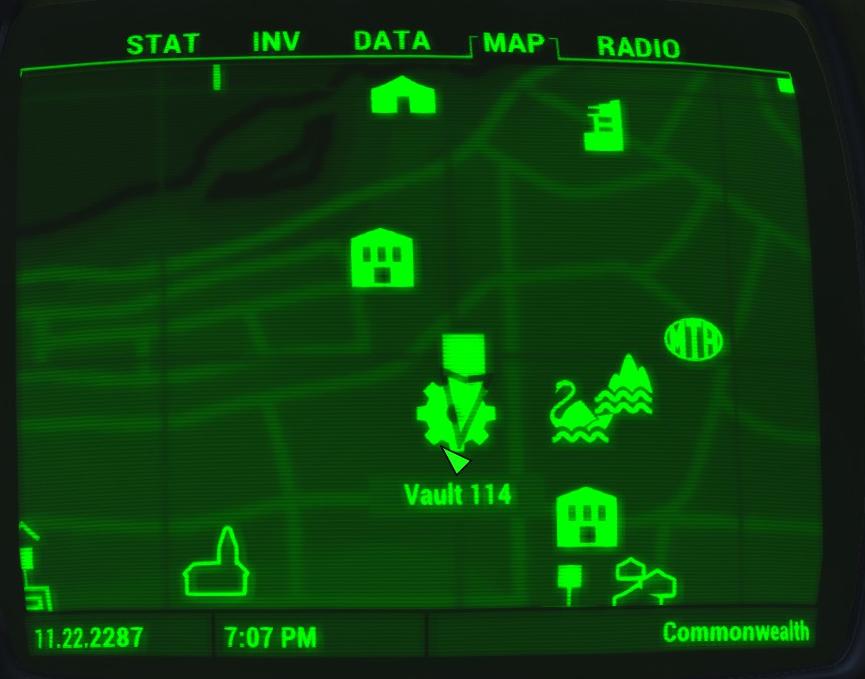 Fast traveling to his office will not work, you have to meet him outside of the tunnel's service entrance.

If you want to locate him on the mini-map with more ease, you can untick every quest and miscellaneous objective in the Data tab except Unlikely Valentine. There will be only one pointer left on the map.