How to make straight flying arrows in vanilla Minecraft?

Does anyone know how to make straight flying arrows using command blocks? I'm trying to make an easier way of teleporting than ender pearls, which do damage and don't fly straight. I've made the following commands;

There's only one problem: arrows don't fly straight either. Does anyone know how to make them fly straight?

You can't make arrows fly straight with just commands. You seem good enough with commands, so Ill just give you the basic idea.
change any arrow you shoot with the entity of a fireball. You could potentially make it an arrow riding an invisible fireball, but Im not sure how well that would work. You can't easily tell an arrow to face what direction you shot it in, so the arrow would simply be flying forward on an invisible fireball facing downward. There is no way to make an arrow fly straight without using that method. It doesn't look good, and I would recommend trying some different idea altogether than making arrows fly straight. You could tell the arrow to face a certain direction by sensing your direction and facing in that direction. There are endless possible directions you could be facing, and to even get a rough approximation of the arrow facing the direction you want you would need hundreds, if not thousands of command blocks.

The Minecraft 1.10 update introduced the "No Gravity" {NoGravity:1} tag. You can use that to make hoverboats, straight arrows, snowballs, etc.

The stuff in this video is very complex, so im giving just a quick overview here(for more information see the box below)

The "engine", developed only with commandblocks, features custom weapons and special projectiles for every weapon, using physics engine. At about 13:00, he shows the commands, which are executed, when a projectile hits an entity or block. This is where you put your teleportation command. Because the engine tracks, which player fired which projectile, this would even work with multiple players.

This would require a lot of work, but its not very much compared to the complexity of the engine itself.

More in-depth overview, of what the video shows:

The youtuber GamerGuppy developed a physics engine within vanilla Minecraft(1.9 snapshots) using commandblocks, in order to add custom weapons and custom projectiles to the game. This engine works with a method, called raytracing, to calculate the next position of a projectile and if it hit a wall or an entity. The "engine" features an easy way, to execute commands, when a projectile hits a wall or an entity(used for sound/particle effects). You can use this section, to execute your teleportation command(s). 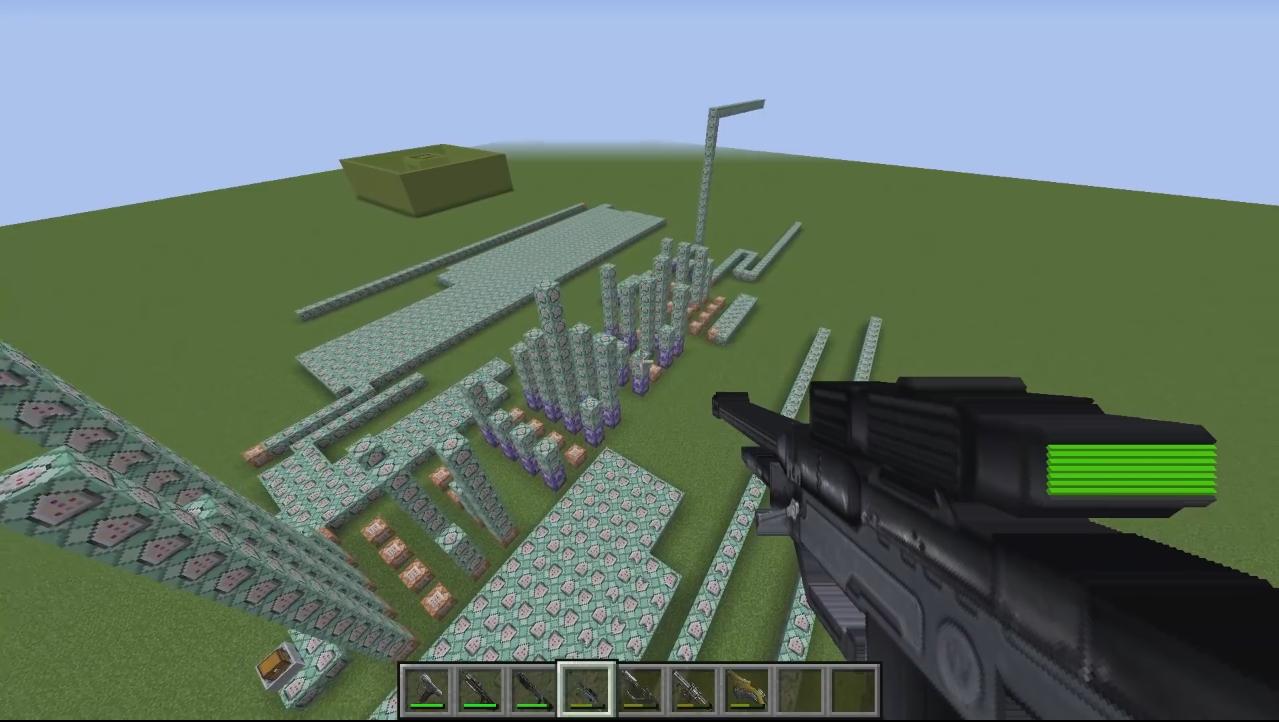 7
How can you summon/create player shot arrows using commands?
0
How do I make a Lightning Bow in vanilla Minecraft?
1
Setblock clock with scoreboard doesn't work in Minecraft
1
How would I make a reporting chat system using a trigger command?
4
Minecraft - How to select flying arrows by NBT data given to them in item form
6
Summoning enderpearls on arrows with custom name shot by a player
4
How to test for a player boosting with a firework while flying with elytra
0
My arrows aren't being executed at by a looping function/command block
3
Only arrows with names fly straight