Why do snipers wear dresses? 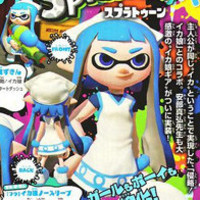 This is the only dress in the game. And surprisingly, it seems that the majority of people using long-range, slow-firing charger weapons to splat their opponents from the opposite side of the map will wear this dress while online.

This clothing piece seems much less frequently used by people using other weapons, but is very common for people whose play style focuses on sniping.

Other than style, why would those snipers prefer to wear the game's only dress, over any of the other clothing options available within the game?

Edit: As mentioned by Pyritie in the comments, damage up is no longer as valuable for players using Chargers, due to an update that made it no longer possible to splat an opponent early using Damage Up with a single charged shot. Original answer follows.

The SQUID GIRL tunic is one of 5 clothing items with the Damage Up main ability. Snipers enjoy Damage Up more than users of other weapons because it shortens the amount of time they must charge before a hit will splat an enemy, or allows them to still one hit KO through some Defense Up when they otherwise would not. Compared to Damage Up, other abilities tend to be unattractive while wielding a Charger.

On other weapons the game has a limitation that Damage Up will never boost a weapon's damage by enough to splat in fewer hits, although it may make a difference if the enemy has Defense Up, so you will tend not to see it as much on non-snipers.

But why SQUID GIRL?

To answer that, we need to look at the Brands of the clothing that offers Damage Up http://splatoon.wikia.com/wiki/Damage_Up. They are Zekko (Varsity Jacket), Splash Mob (Navy Striped LS), Tentatek (Part-Time Pirate), Zink (Zink Layered LS), and, of course, SQUID GIRL (SQUID GIRL Tunic). Most brands in the game have an increased chance of rolling one sub ability in the game, and a reduced chance of rolling another. Looking over a chart, one could see that SQUID GIRL has no favored or unfavored ability, while all the others favor something that is not Damage Up. http://splatoon.wikia.com/wiki/Category:Brands

As there are 13 possible sub abilities in the game, one would normally expect about a 7.7% chance of getting any one sub ability on a given slot, however, on a brand that has has favored and unfavored abilities, the favored ability is a 30% chance and the unfavored ability is a 3% chance, leaving just 67% for the remaining 11 abilities to split, giving a roughly 6.1% chance of getting any one of them. Thus, the SQUID GIRL tunic has the best chance of rolling further damage ups, reducing the expected amount of times one must reroll the clothing's abilities with Spyke in order to get a "perfect" set of sub abilities.

There may also be some consideration for the fact that it natively has 2 sub ability slots for only 2000 coins, which seems like pretty good value to me, even if in the long run the initial price and number of slots hardly matters for people going for a specific set of sub abilities because all the rerolling is vastly more expensive.

i don`t play Splatoon, but :

maybe they all just fans of "Shinryaku! Ika Musume" , Geso~