I can't trade a Powersave Mew to my friend, why?

I have a Powersaved Mew that I'm trying to trade to a friend of mine (He's registered in my DS).

We have Alpha Saphire and are both finished the game, the mew is level 15 with no HM moves learned. We're not using Wondertrade or GTS. I keep getting a message saying "There's a Pokemon that can't be traded in your party" (I've tried trading it from my party and from a box neither works. 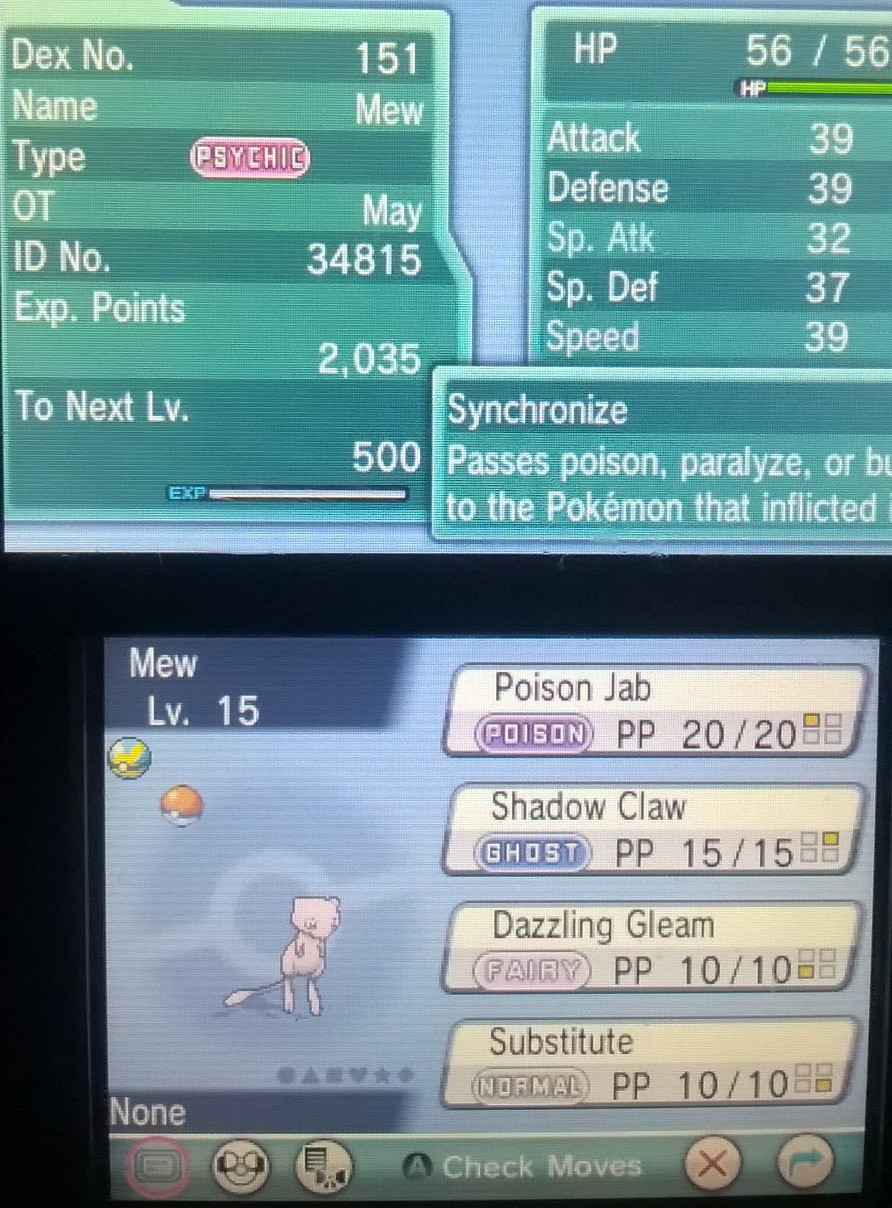 Why can't I trade it?

In short; Your hacked Mew failed to pass some hack detection.

There are a limited number of sources for Mew, and other mythical legendaries that are distribution only, and most of them have tell-tale stats that can be checked against.

There are other things that could be wrong with it: IVS, EVs, Encounter location, Game obtained, Ribbon...

Suffice it to say, if you used your cheating device to just encounter a mew (or any other distribution-only), and you catch it, it is probably not going to pass hack-detection.

Not the answer you're looking for? Browse other questions tagged cheats pokemon-omega-ruby-alpha-sapphire or ask your own question.

0
Can't trade powersaved Celebi with passerby?
3
Why can't I access the Mach Bike?
0
Why can't I trade this Powersaved Entei away?
3
Unable to trade or battle pokemon, how to fix?
2
I own Pokémon Y, and Alpha Sapphire. Which ones (barring Friend Safari) will I still have to trade?