I have a problem with my redstone/command blocks circuit. My redstone circuit: 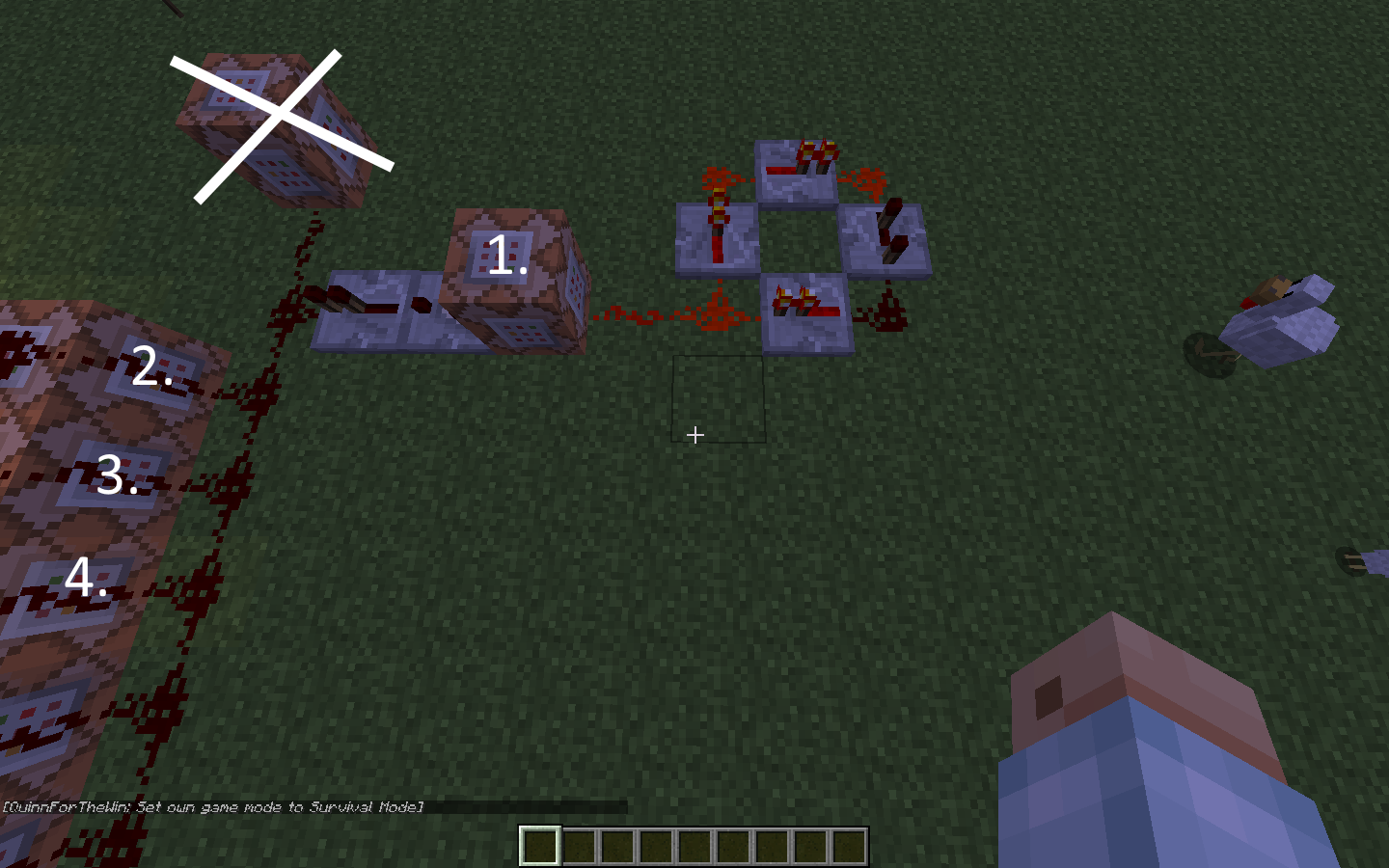 In command block 1, the command in that block is:

(this sends a redstone signal when their is a player with less than 10 hearts).

In command block 2 the command is:

(when activated it places a diamond helmet on your head)
The rest of the commands are for other armor pieces.

Relying on physical redstone logic when dealing with multi-target situations will make it difficult or impossible to support it. For example, you mechanism appears to turn on and stay on as long as a player has that health, which means any future players that meet those requirements will not be affected because the mechanism is locked due to the first detection. Removing physical logic and using /replaceitem on the clock will allow it to support multiplayer.

3
Testfor command not working with radius
0
Minecraft command block order I need help in redstone
4
Using /testfor in minecraft to check if a player has a certain item in their inventory
2
/testfor levels in Minecraft
2
Are you able to testfor people somewhere on a countdown?
7
Different commands select different entities (with the same target selector)
4
How to make a command block output a negative signal
2
Issue with CTF commands