Why do the prison ages differ in Myst IV: Revelation compared to Myst and Riven?

In Myst, players quickly discover that the brothers Sirrus and Achenar are trapped in books, and they can see and communicate with the player through the book: 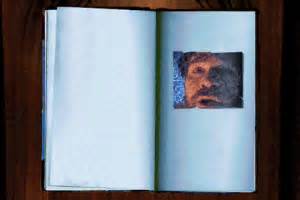 I vaguely recall these being referred to in the journals you find as "prison ages" intended to trap greedy explorers. It is possible to get an ending where you are trapped in the age, where it's all dark except for the window you peer out of at any outside observers.

you must enter a prison age in order to trick Gehn into following you into one, and it is dark except the window, just like the other one.

In Myst IV: Revelation, we visit these prison ages. Sirrus (red book) was trapped in Spire and Achenar (blue book) was trapped in Haven. However, they are entirely different in that instead of being a pitch black area, they are entire ages with large landscapes, and there isn't any way to communicate with the outside world. Certainly nothing that seems to indicate that there is a window to talk through.

So why do the prison ages differ in Myst IV: Revelation compared to Myst and Riven?

Myst canon, like Doctor Who, is.... fuzzy, and Myst IV is where it really shows it's love of the retcon.

When the game originally released and this question arose, there was actually a response from Cyan Worlds (specifically from Robert Watson, who was a programmer as well as the frequent fan-facing loremaster) that stated that the "trap books" as depicted in the first two games are not possible in the D'ni worlds as originally intended, are not canon, and were simply an invention they had to come up with to make the video games work. Despite making a trap book and it's peculiarities a central part of the plot in Riven, they didn't want them there. Essentially, they didn't want to create or reward a player with a new landscape for making the wrong choice and linking to the brother's prisons. Thus the trap books.

(unfortunately, the primary reference to this info seems to be an offline website, or Wikia, but there appears to be much discussion around fan boards, so it does appear this was said)

This is somewhat borne out by the fact that trap books never appear in any of the tie-in novels; in fact, much is made of the effort to create an inescapable Prison Age in the Book of Ti'ana, with the full effort and all the knowledge of the guilds of D'ni. So Sirrus and Achenar were supposed to be in Ages that they simply didn't have a way out of. Why they didn't simply repeat the Atrus situation, where you are trapped in a room with him if you don't bring him what he needs to link out, is beyond me. They also could have fixed the lore by having Catherine invent it, as she was always creating things Atrus found impossible, but I guess they already nixed that in Riven when describing the background of trap books. Also begs the question of creating an entire game around linking to the ages they never wanted to link to. But I digress.

Fan theory has tried to cover the gap. Initially I believe it was suggested that Atrus transferred them to these Ages. Also suggested is that Atrus "fixed" the broken link that turns link books into trap books, thus dumping them out of trap limbo and into the prison ages, just before burning the originals.

Bottom line in the end though: the creators decided to tell a story, and didn't mind that they trampled a bit on their details.

Not the answer you're looking for? Browse other questions tagged myst-series myst riven myst-4-revelation or ask your own question.

3
What ages are in Uru: Complete Chronicle and not in Myst Onlive: Uru Live?