When playing as embermage, how can I exploit on-hit effects on weapons?

I am currently playing as a Prismatic Bolt Embermage and I am pretty sure that by casting the Prismatic Bolt no on-hit effect are applied. What I am wondering is: what skills should I use in order to actually trigger them?

For example, in the outlander case Rapid Fire does apply effects carried by the weapons. I guess Magma Spear, Icy Blast and Shockbolts work in the same way for the embermage, but I'm not sure about it.

By on-hit effects I mean effects such as "-X armor per hit", "X mana stolen on hit" etc.

“X mana stolen on hit” and “X health stolen per hit” are triggered on left click attacks and the occasional skill such as magma hammer. The best way to tell which skills these are, is to test on the practice dummy in town with "Floating Damage & Text" set to verbose in the menu. This part of your question was also asked here and you can see more information in that post.

“-X armor per hit” triggers on left click attacks as well as any skill based on weapon DPS such as Icy Blast or Magma Hammer. Once again you can see this trigger on the Target Dummy as shown below. 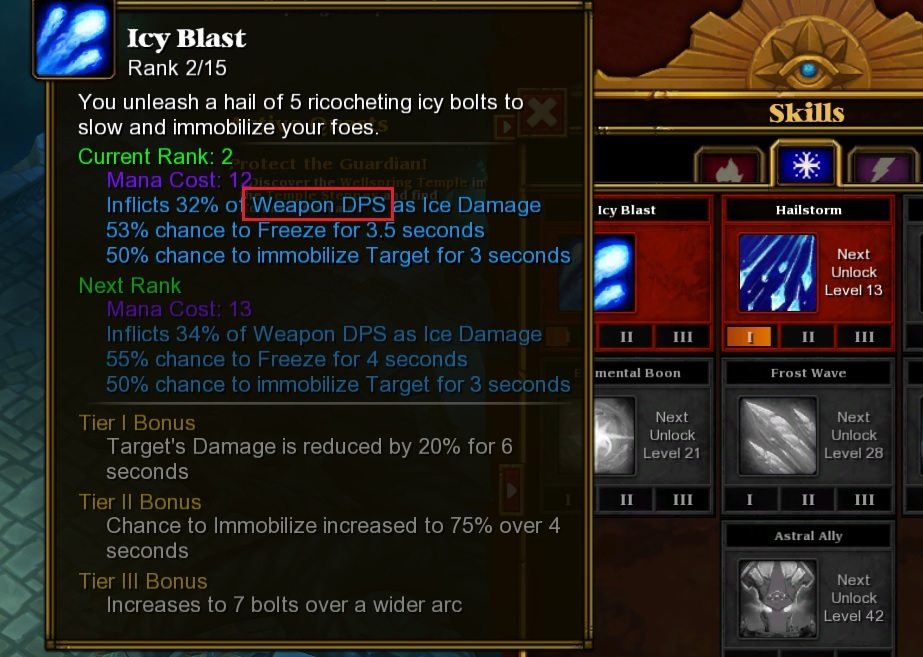 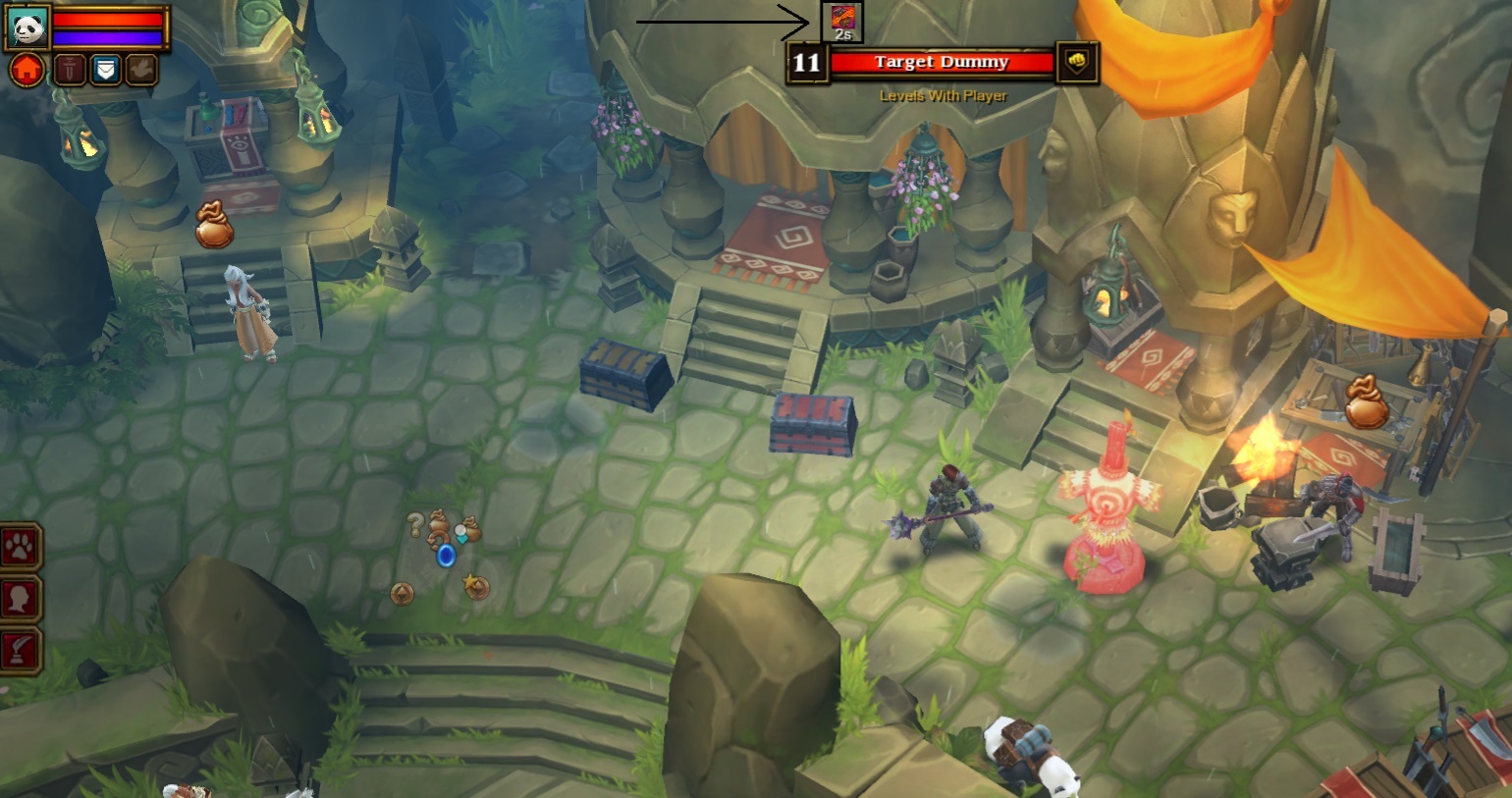 I hear the easiest way to do it is test it on the dummy. Saw an example and what you want is an item that has "+x health on hit" because that shows when it triggers above your character, or the "- to armor per hit" is shown on "enemy stats" above.

Then try out whichever skill to see if it works (more than likely something that uses % weapon damage)...Hit the dummy just once and pay attention, make sure your experiment doesn't get confusing data. Get a console hacked char to 1x all skills and see easier, I guess.

On principle I don't think the Embermage applies a lot of them in general. Maybe Magma Hammer, that might makes sense.

4
Are “on hit” or “per hit” bonuses applied for skill hits, or just weapon hits?
6
What is the Target Dummy used for?

8
How can I farm experience?
2
Which weapons can hit multiple enemies with left-click attacks?
2
How can two identical gems have different effects?
5
Do weapons that have lifesteal and hit multiple enemies per attack heal you for each enemy hit?
6
Can class-skills that are properties of certain weapons activate on all classes?
2
How things are shared when playing LAN?
3
How can I increase Poison Burst damage?
5
How can I rotate the camera?