Can I build another Signal Intercepter after completing The Molecular Level?

So, I got a little fancy with the Signal Interceptor when time came to build it. I found a nice and clear site (Starlight Drive-In), and built a pretty good-sized and well-furnished building around it.

For those interested: To fully enclose the thing you'll want the building to have a 5x5 foundation and three floors. You might be able to get away with a 4x4, but the ground floor will be pretty tight. You'll also want to build the Reflector Platform and Beam Emitter on bare ground first - they didn't seem to want to "snap" together otherwise - and then set your foundations around them. Afterward, your Relay Dish and Console can be wherever you want as long as you can route some "data cables" between them. (Really, they're just regular power cables in-game. But the components need both power and "data" connections in order to work.)

After The Molecular Level though, the device is totally burnt out and non-usable. Of course, I don't really need it anymore anyway. But I was kind-of hoping to make it the shiny centerpiece of my new base, and now it's just an eyesore in the middle of a building that really has no point existing without it.

Now, I'd like to build a new Signal Interceptor. But the pieces don't seem to be available. Is this just something that gets locked out after you've built one? Is there a way to unlock it again? (Non-console options preferred if possible - I play on XB1.)

No, you cannot build more Signal Interceptors outside of the quest or repair the one that broke down. This is also valid for other quest-specific builds like the chair for Mama Murphy or the electromagnetic actuators.

There are mods to re-enable that feature on PC.

As an alternative, you could build multiple copies of the Signal Interceptor while the quest is still active.

First, build multiple copies of the platform. I've build two in Boston Airport and one in an other settlement. Since I've sided with the BoS, I then had to talk to Proctor Ingram to continue building. The game chose one of the pads as the 'official' one for the quest.

Once ready to build the other three parts, start with the platforms in the settlement which are not part of the quest objective (The platform that will be used for the quest is marked by the green quest marker, as seen in the second picture below). Once you start building the components on the quest platform the objectives are marked as completed and the parts will become unavailable.

So I ended up with three Signal Interceptors: 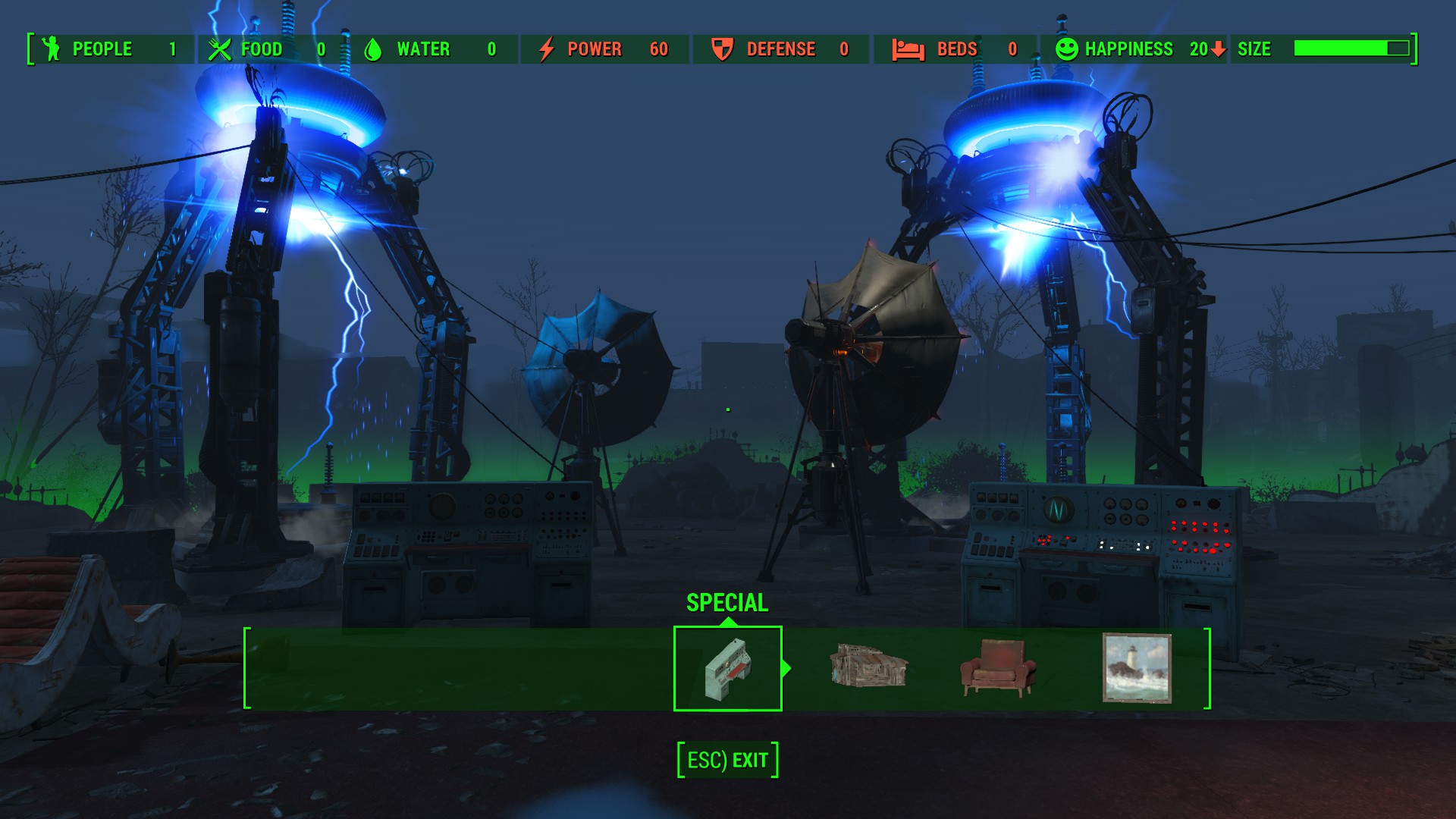 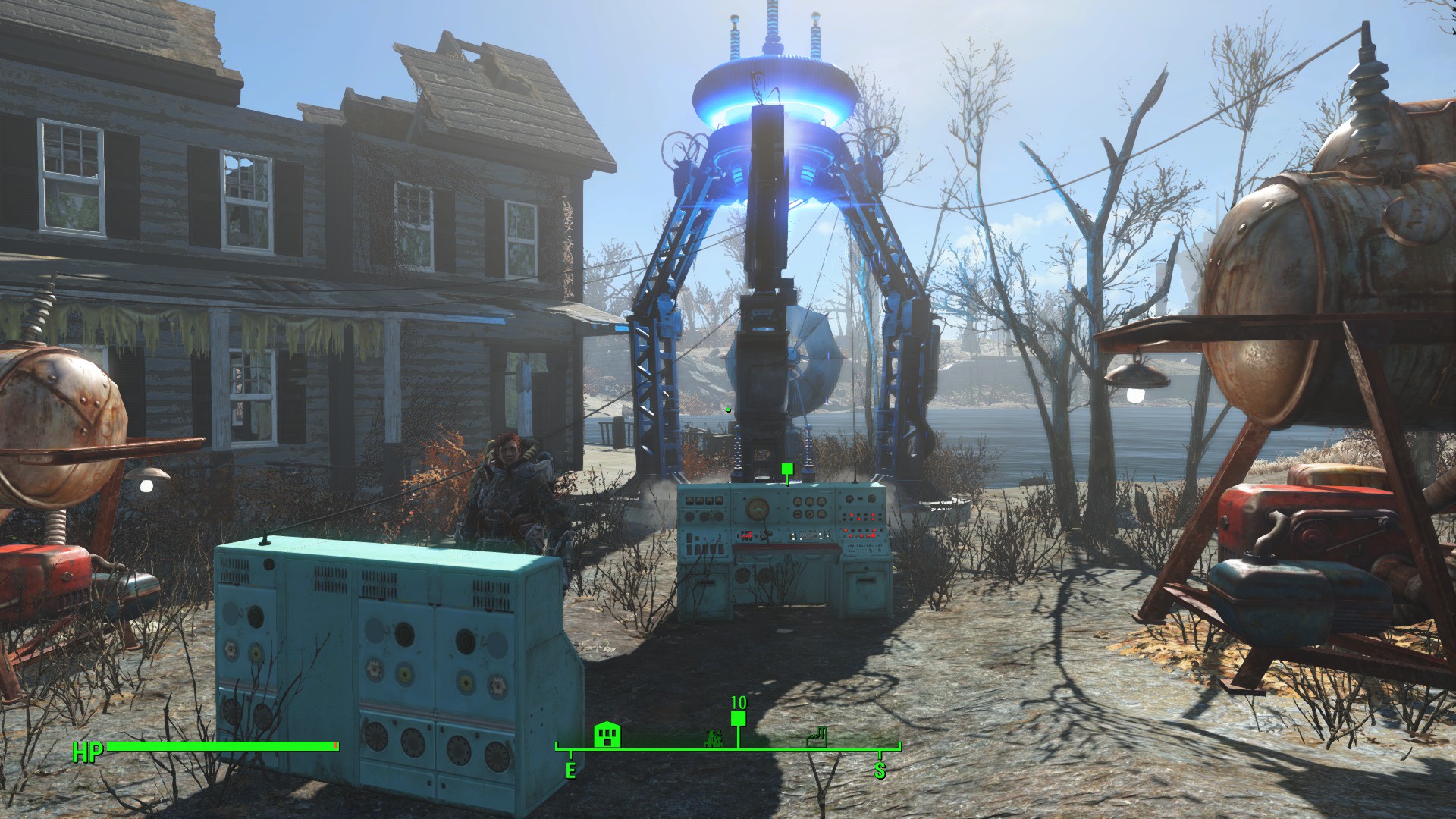 After the quest, the one marked by the quest marker will be destroyed whilst the others will still be active. If you connected multiple terminals (like I did) or antennas, only one copy of them will be destroyed. 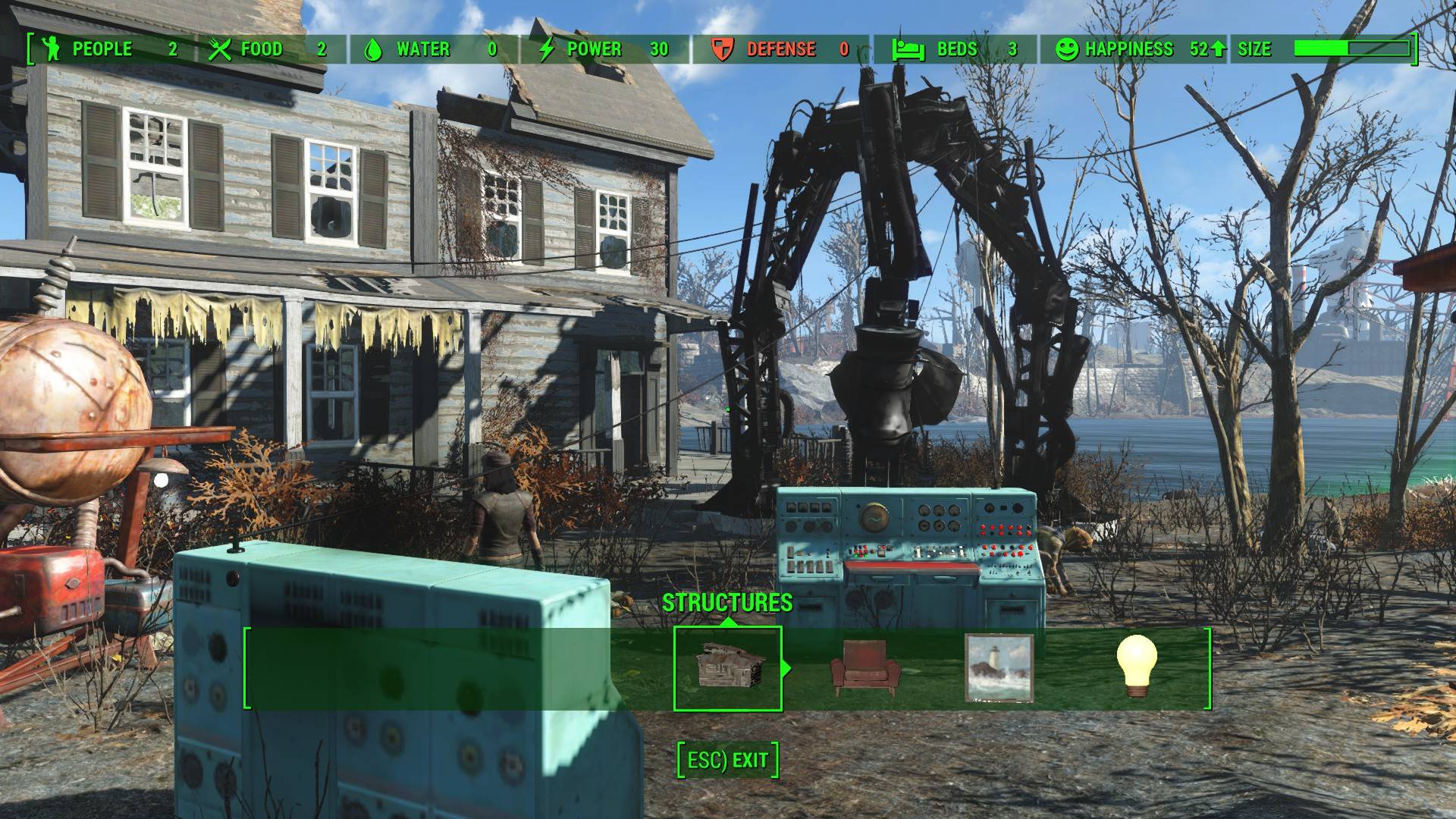 However, while you can scrap the destroyed signal interceptor pieces, you cannot remove the others you built. You can move them, but the scrap option is greyed out and not working: 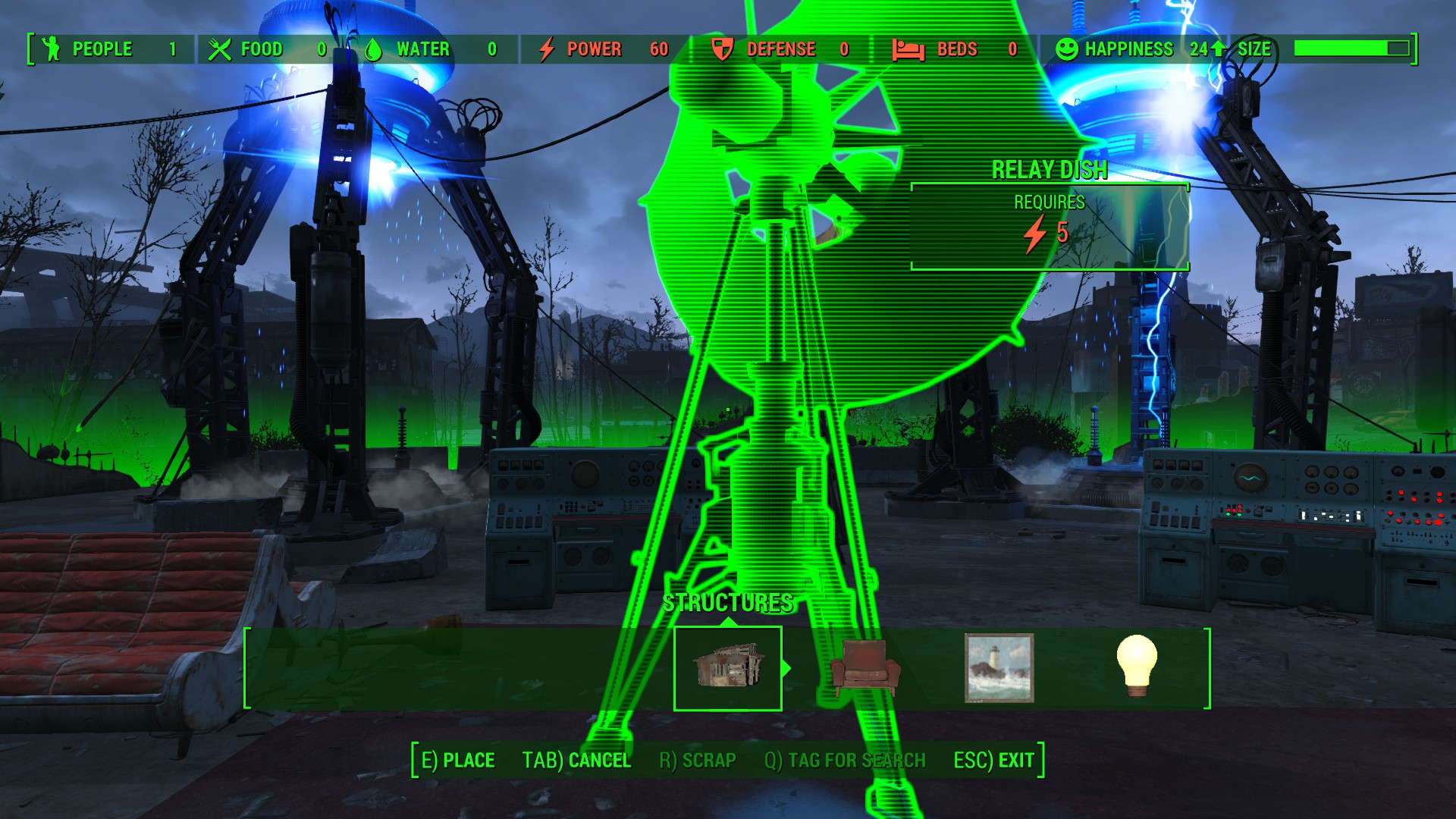 So be sure you really want to decorate your settlement with one.

5
Is there an easy way to route power to the inside of buildings?