Why do I have different National ideas for my Roman Empire?

According to the EU4 wiki I should expect the following National ideas: 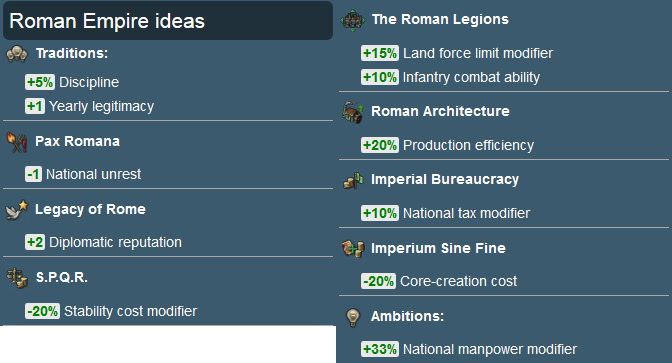 But when I loaded up the game I found the following: 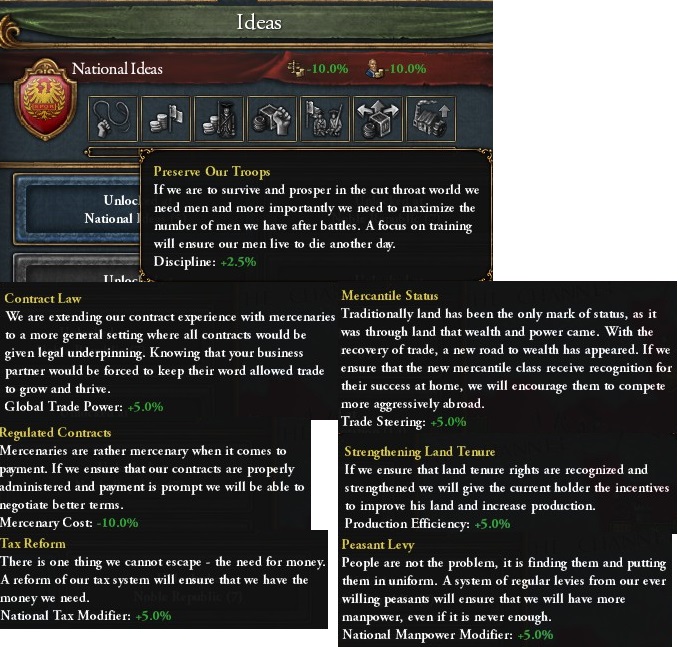 I understand that I should have the seven going from "Pax Romana" till "Imperium Sine Fine", but apparently I got the ideas of Bali.

If the average technological advances in the entire realm passes a certain point, the Empire's technology group will be Western instead of Eastern after transfer to EU4.

and I was quite surprised to find out that I was in the Muslim group: 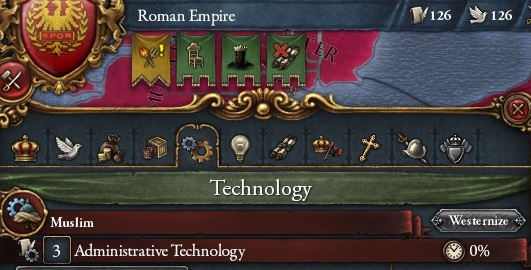 Has the above ever happened to anyone else? What are the conditions that made this happen?

After much searching around, I finally found a (partial) answer:

The empire was assigned the tag Z00 instead of the standard ROM, by reassigning the ideas in the "!_roman_ideas.txt" file to the Z00 tag (as suggested on the paradox forums) solved the issue.

I still do not get why this tag problem, but I suspect it has to do with me renaming the empire to "Imperium Romanun" at the beginning.

Not the answer you're looking for? Browse other questions tagged crusader-kings-2 europa-universalis-4 or ask your own question.