How can I play a SNES through a VGA monitor?

I was just given a pile of SNES games, and have no SNES to play them on, so I intend to purchase one. The problem is I have no TV - I play my consoles on a monitor. This should be fine, except that for the cost of the necessary adapters I could buy another console.

I'd like not to spend this much money. Is there an easier way, or cheaper adapters to output SNES video to a VGA monitor? (I don't care too greatly about quality loss, I just care that I have freaking video), or some kind of card I can put into my PC with software I can display the video with? My monitor is VGA.

The original SNES, while certainly one of the pinnacles of the 16-bit era, doesn't come without it's issues. You might find that original hardware will be harder to wrangle, especially 30 years later when we're talking about second-hand consoles in unknown states of disrepair, analog AV inputs disappearing off modern displays, and proper upscaling solutions such as the OSSC or Framemeister being on the expensive side.

If you're looking to buy a SNES in order to just 'plug and play', my advice would be to skip buying an old SNES entirely, and instead get a more modern console that supports your SNES cartridges with more modern conveniences such as digital video output, save state functionality and so on.

What follows are two examples of consoles that take different approaches to the problem at hand: 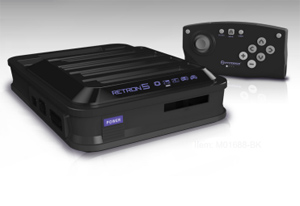 I wrote more about the pros and cons of the Retron 5 on this post.

Hyperkin also offer the older Retron 2 (NES/SNES) and the Retron 3 (NES/SNES/Genesis), however from what I've been able to gather they use either S-Video or AV output, not HDMI. 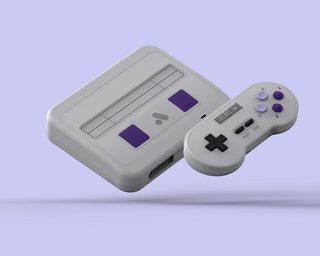 You may remember Analogue from their premium-priced, aluminum-chassis NES reproduction console, the 'Nt' (and later 'Nt Mini') that used real NES CPUs and PPUs on a redesigned board.

They have just announced and made available to preorder their SNES reproduction console, the 'Super Nt', that uses a Field-Programmable Gate Array (FPGA) at its core. An FPGA is a customisable digital integrated circuit that can be programmed to act like another chip, or even many other chips - in this case, the entire SNES board.

Unlike the Nt Mini however, the Super Nt doesn't come with a hefty $400+ price tag, sitting at a much more respectable $190, making it a viable alternative to the casual gamer primarily interested in just playing games.

All-in-all, reviews for this device have been generally positive so far that I have seen, and certainly it is priced competitively when considering the price of original consoles + upscalers & converters. For someone that doesn't currently own a SNES this should certainly be a consideration.

There are other retro console reproductions out there as well, such as AT Games' Retro Consoles, but I haven't tested them thus I can't speak for their quality.

The recent SNES Mini, while an 'official' machine from Nintendo, only supports 30 or so inbuilt games, so those with original cartridges are out of luck.

There is certainly no shortage of options out there for playing SNES games. Original consoles on Analog TVs, or HD TVs using upscaling solutions are as authentic as you can get, but setting all this up certainly isn't cheap or easy, and making the space for it all might not be a viable option for many.

Modern options such as the above consoles make it easier and cheaper for your average gamer to enjoy retro games, and with the advances in both the emulation and FPGA spaces, the gaps in compatibility and quality are rapidly closing. It's certainly worth a look into if you are looking at playing retro games in the modern age.

Note: I am not affiliated with any of the companies mentioned.

There are a variety of computer cards called TV Tuner Cards, many of which include TV Capture functionality - older ones often have the Cable or Composite-In you'll require (this is how I played Majora's Mask the first time).

TV Tuner/Capture Card (Red/White audio leads are meant to be combined and go through the 3.5mm jack). 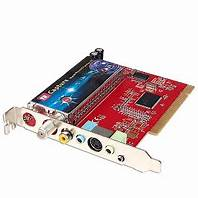 There are also apparently USB versions now. First I've heard of these. 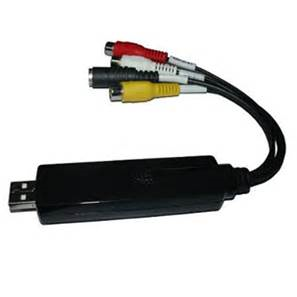 Both cards and USB sticks can be found at your favorite online stores (at least one was selling a USB Adapter for $8!). You may be able to find a used card at a used goods store, too.

Unfortunately going from Composite to VGA is not a simple process. VGA has 3 channels (RGB), while composite has only one channel. To go from composite to VGA, you have to do this:

Although cheap converters seem to be available (Amazon search for "composite to VGA"), you may need to look at the frame rates and response time for playing video games. It will mess up your gaming if you jump 2 seconds after pressing a button.

There's no cheap way of connecting an SNES to a VGA monitor. The SNES can output Composite video (the yellow cable, poor quality), S-Video (round cable with four pins, sharp image with a slight amount of color bleeding) and 15khz RGB (perfect quality). Unfortunately the RGB output can't be fed directly to a VGA monitor - these generally have a minimum resolution of 640x480 while the SNES outputs 256x240.

To get RGB output you need a JP21 cable (also referred to as Japanese SCART, because it's physically identical to European SCART cables which have 21 pins, but the wires are hooked up differently).

If you want to use a real SNES the options are:

If you want to use an emulator your options are:

You can dump your cartridges and use real SNES controllers with a retrode but it's pricy ($80).

A fairly cheap purchase of S-Video to VGA adapter will do what want, however every other option mentioned thus far is a better way of doing it.

In my opinion there are 2 best ways to play those games:

Most HDTVs or cheap converters are unable to process the video produced by old consoles correctly. It is 240p 60FPS instead of expected 480i 30FPS. In addition to lag, there will be various problems with moving or flashing parts of the picture that may be quite annoying. This is why specialized video upscalers exist. For CRT TVs there's virtually no difference between 480i and 240p, except more pronounced scanlines in 240p mode.

Connecting real console to a modern TV or to PC monitor via upscaler is just an expensive method to obtain emulator-quality image in the best case, and a lot of lags and processing artifacts in the worst case. Don't expect random upcaler to work, some of the more expensive video processors are totally unsuitable for gaming. This is the primary source for the information on the subject: retrogaming.hazard-city.de (due to downvotes I'm unable to post more links)

I dislike Retron and advise against using it. It is just an emulator running on small Android-based computer put into a fancy case equipped with cartridge readers. Only difference between it and other dirt-cheap android devices is that it has cartridge dumper circuitry and prevents you from running your own ROMs. It has quite a few issues and the SNES emulator, in particular, is laggy. Source: http://retrorgb.com/retron5review.html

Also this: http://www.libretro.com/index.php/hyperkins-retron5-continuing-licensing-problems/ They are selling FOSS emulators for money, against the license.

It gives you nothing but emulation anyway. And it's not the best kind of emulation you can get. There are much better emulators available for free.

Not the answer you're looking for? Browse other questions tagged monitor snes .

105
Legal ways of playing old games that aren't for sale any longer
3
How to deinterlace SNES video for PC play/capture?

24
Plugging SNES into a new-ish LCD TV
8
On a dual-monitor setup, how can I keep the game in one monitor without the browser windows on the other monitor moving?
3
How can I tell if my SNES games are fake?
1
How do I play Team Fortress 2 with custom monitor refresh rate?
3
How to deinterlace SNES video for PC play/capture?
5
SNES Mode 7 - What are Mode 1 through 6?