Is there a central Boston unpopulated location that contains all the crafting stations?

I was wondering whether there's a unpopulated (or containing clearable hostiles) location in central Boston in Fallout 4 that contains the following:

From memory University Point might offer all of these but I'm looking for a location closer to Downtown Boston.

This is for a character I'm playing who avoids people/ populated settlements. The character doesn't have the "Local Leader" perk so they can't build crafting stations in Hangman Alley (which is an excellent location).

Of course if a suitable location has hostile inhabitants I can always clear them out.

The Combat Zone is an hostile area located pretty much centrally on the map, in the Theatre District of South Boston. It's south of Swan's Pond and east of Trinity Tower.

There's a potential companion inside and another NPC that cannot be killed, but you can avoid them completely as the stations are located pretty far from them.

Inside of Combat Zone: 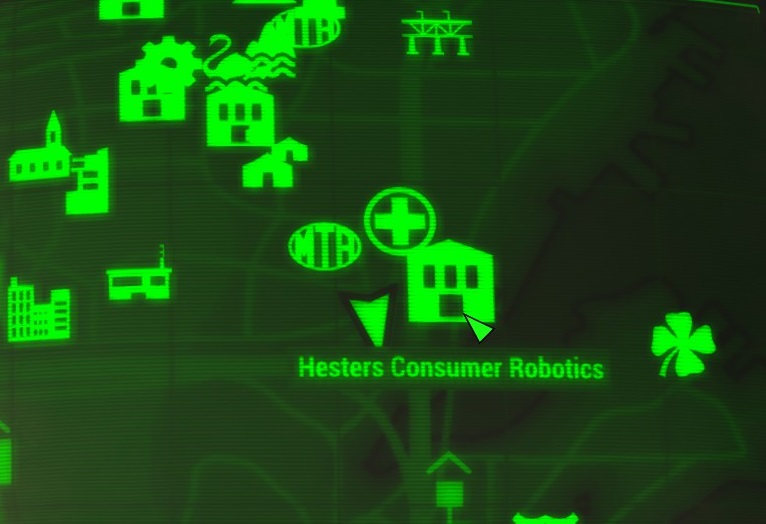 Nukapedia has a list of all Fallout 4 settlements, which includes icons to indicate which stations are pre-built in each.

Based on that list, there are only three settlements which come already fully-equipped as you desire. Fortunately, one of them is abandoned (perfect for your anti-social character) and is accessible very early in the game.

There are some other non-settlement locations which are pretty well-equipped, but none in particular come immediately to mind. Besides, anti-social or not, I'm sure your character would still like to have their go-to workstations close to a place that they can fully customize themselves and call "home". Also, it's worth noting that storage containers outside of settlements tend to be less reliable for long-term use.

This doesn't quite answer my original question but I thought it was interesting enough to post.

Redditer/Youtuber "The_Lawd" has been documenting all of the secondary locations in Fallout 4.

He made a video about the Tinkerer's Boathouse on the Boston Waterfront which contains the following:

Not quite what I was after, but a very useful hideout and worth mentioning.

15
What are all the differences between Minutemen versus Brotherhood of Steel being in control of a location?
1
Is there a way to unlock more crafting options for the home in Diamond City?