Uh, what is that? That's not Madden

Yesterday, I put my Madden NFL 12 disc in my 360, and was greeted by this on the Dashboard: 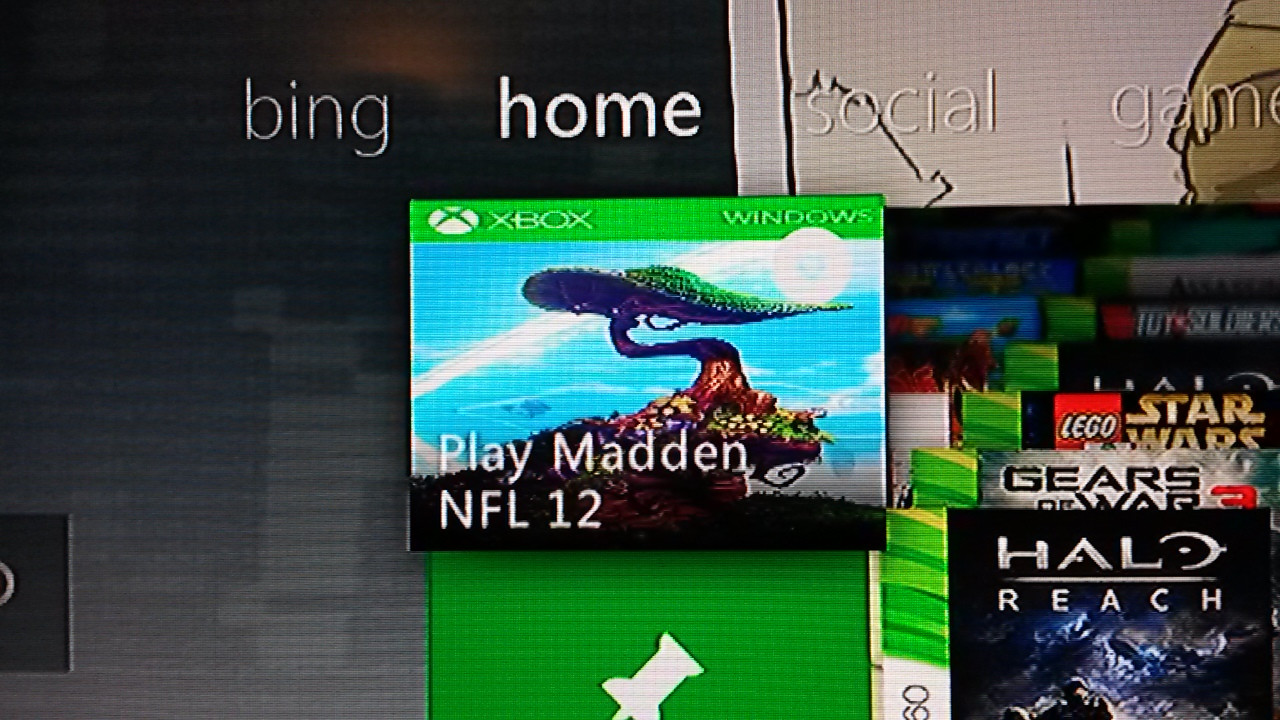 That's not the picture for Madden.

Where did this picture come from? I'd like to know which game that is, primarily, but it would also be nice to know why such a thing would occur.

The game launched just fine. The next time I put the disc in, it showed the correct image.

The (incorrect) game art is from Project Spark.

It took a bit to track down this specific instance of what looks like a cache bug to get the name (previous instances of it swapped the image out for "Lords and Kingdoms" of all things), but here's a thread that shows the same issue. It might actually be an issue on Microsoft's end, but if it bothers you, one of the fixes for previous instances of this cache bug was to clear out the cache three times (although that's apparently not a guaranteed fix)

Not the answer you're looking for? Browse other questions tagged xbox-360 game-identification or ask your own question.