What is this yellow icon in the bottom right of my character portrait?

I've got a few characters who have this icon. I have no idea what it indicates. 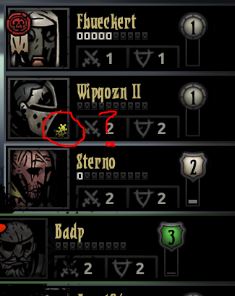 The icon indicates a character has a Disease. Most of them give the character 1 or more stat penalties (such as -5 SPD or +100% food consumed), but there a couple diseases which give you a stat bonus as well. 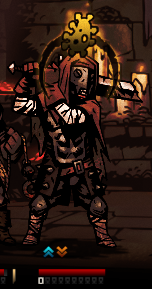 You can see which diseases your explorers by looking in the bottom right section of their status menu. It'll listed all their diseases, and hovering over them will tell you the effects. 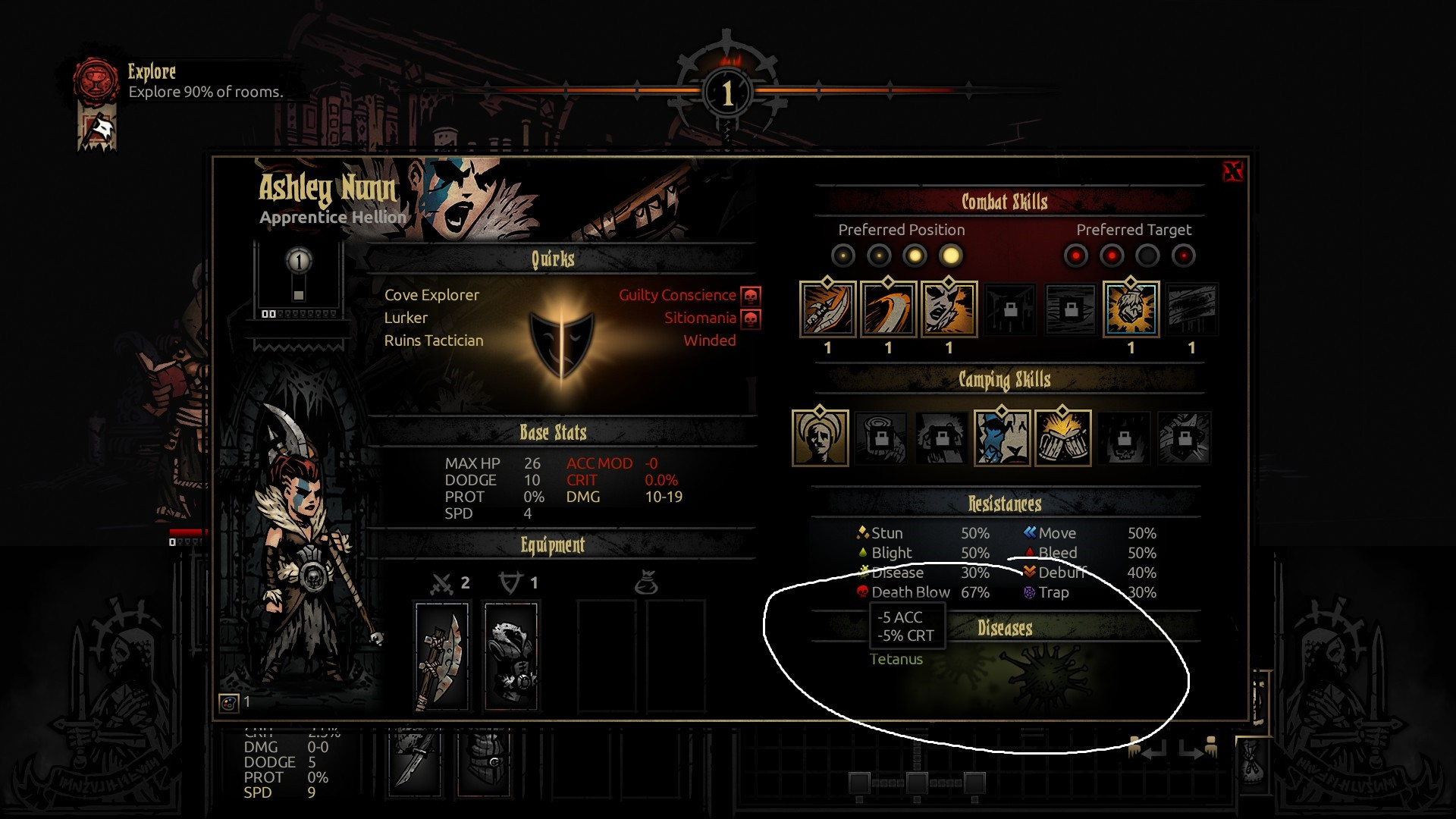 There are a few ways to cure a disease. In town you can cure them at the Sanitairum, but that doesn't unlock until you've done a few dungeon runs. A random Internet comment suggests the Sanitarium has a chance to cure two diseases, but I haven't confirmed that myself.

Finally, there's an item called Medicinal Herbs whose description says it cures diseases, but according the wiki and some Internet research it doesn't actually remove it from explorers. According to the Internet you can use them to interact with certain Curio so that whatever negative effect normally has a chance to happen won't, and you'll just get some loot or other bonus. 1 2 3 4

This means that the character in question is diseased. They're kinda like Quirks but they use a different spot in the Sanitarium to cure.

14
Do the three slots in the Abbey and Tavern give different amounts of stress relief?
4
What does the red skull icon on adventurer portrait mean?
4
What does it mean when a character has left on a quest of personal hardship and pain?
9
Is it possible to rearrange a heroes skills?
6
Does anything happen if I give a severed head item to a character with the same name?
7
Is there a way to get the description of an Affliction in-game?
3
Which curios can have an item used on them for a greater effect?
6
Does the "Fresh Air in the Tunnels" buff need to be used immediately?
6
How does Darkest Dungeon decide if I'm toying with an enemy?
1
Pretty much all my heroes are stressed out. How can I come back?