How can I slow down a cart without causing it to stop?

I built a small homage to the booster while revisiting an old world, given that its place now lies in our hearts... and behind a glass case, museum style. 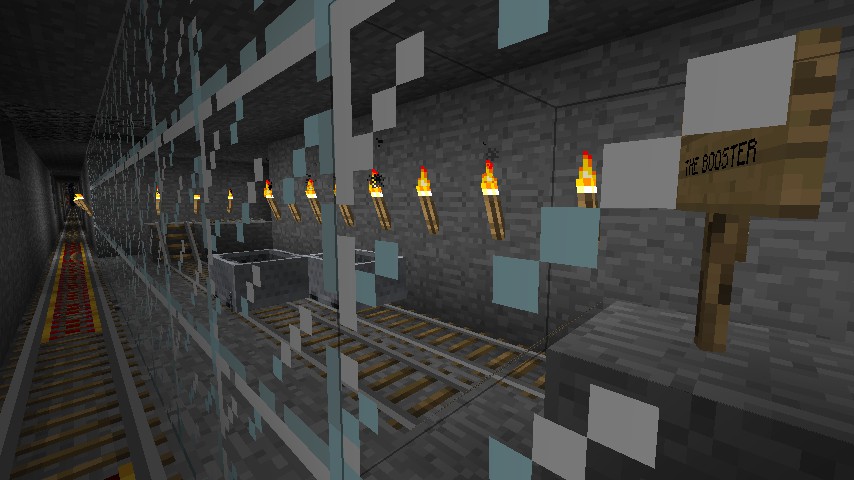 This is placed alongside an existing piece of railways I'm upgrading to powered rail. I'd like to slow down the cart enough to let people see this for a few moments, only to regain momentum as they reach the powered rail further ahead.

I'm having trouble doing that, however. I tried placing exactly one piece of unpowered rail, and it caused the minecart to stop to a halt immediately.

I tried putting two powered rail right before the powered off rail, but the cart still came to a complete stop.

I tried replacing the track piece altogether, and I got stuck in the hole.

I tried using a stone pressure plate, and while sometimes it works, other times it derails my minecart.

How can I safely slow down the cart without having it come to a complete stop?

Unless your minecart has a lot of momentum (not speed), powered off minetracks will stop your minecart. This wasn't the case.

In my case five powered minetracks did the trick. Now the minecart walks those four pieces of track very slowly, giving passengers a chance to get their shot of nostalgia, and then picks back up the pace with more powered rail.

This approach isn't cheap, obviously, if you're not using /give or /i.

Another solution that's very simple is this: 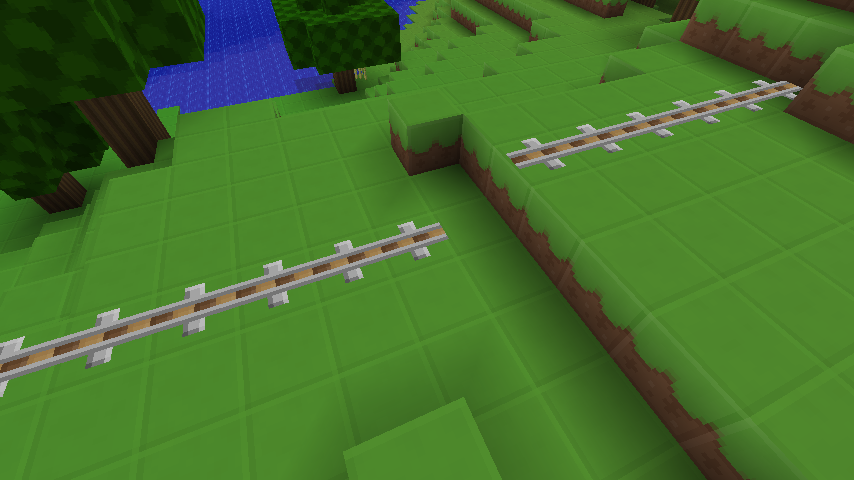 Having a one block drop with a gap like this will slow your cart right down to a crawl, but it will still continue quite a ways, provided there's a passenger in it.

There is one technique that you can use that is a little glitchy, but it works. If you hook up a segment of powered rail to a very fast clock (made with repeaters so it doesn't burn out), the powered rail will quickly alternate from powered to unpowered, and minecarts passing over it will travel slowly.

Here is what the setup looks like (both repeaters are on the lowest setting): 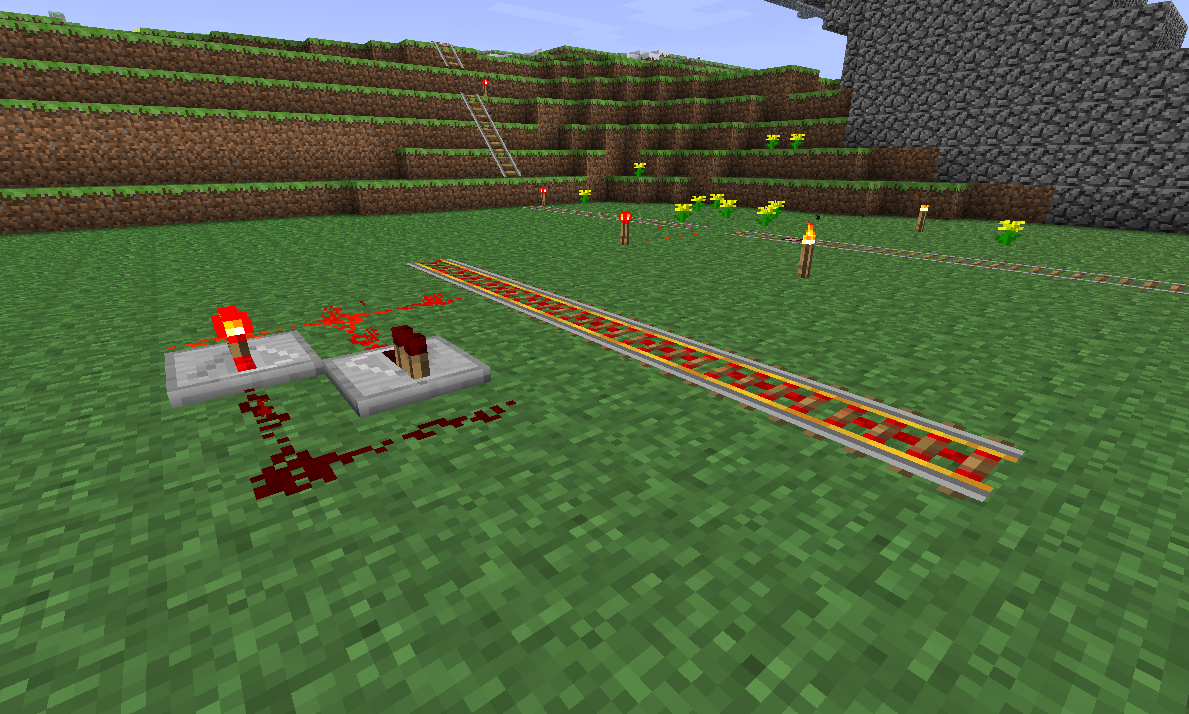 To start the repeater clock, you can put a Redstone Torch down like so, and then destroy it. 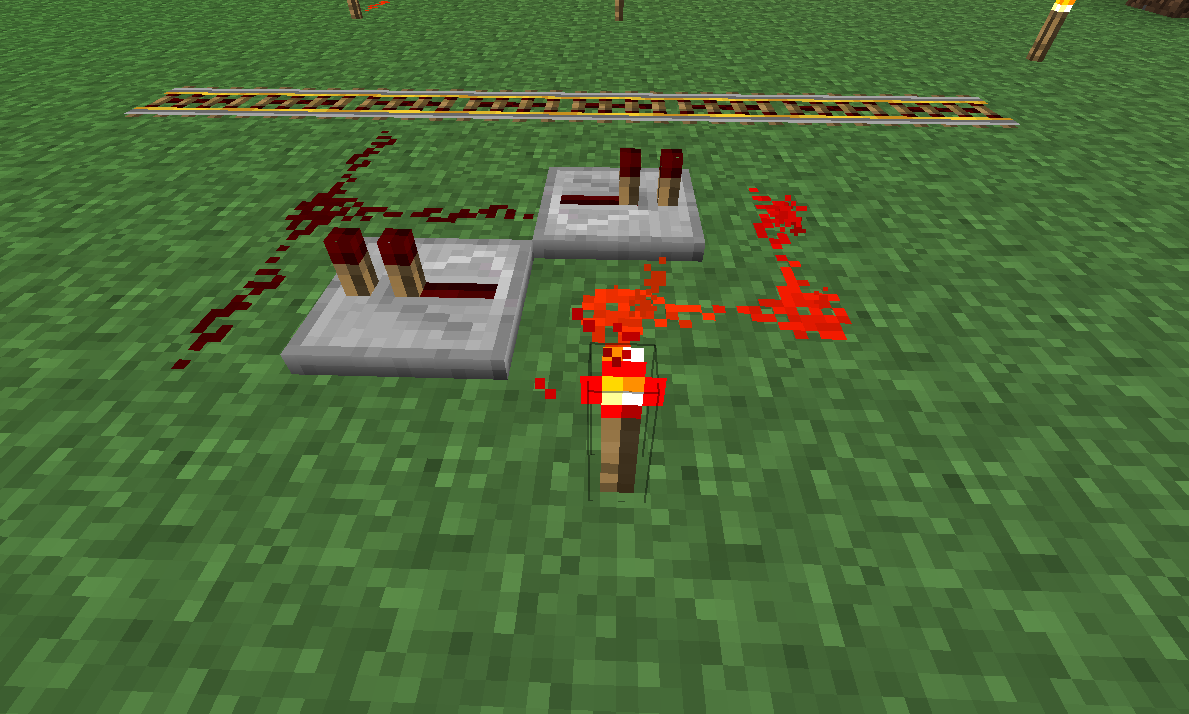 Edit: Notch broke fixed this kind of clock, but there is an alternative. 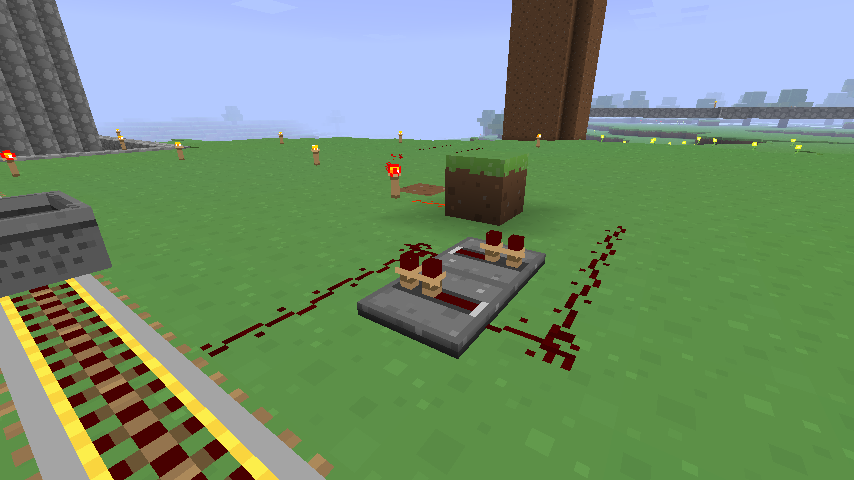 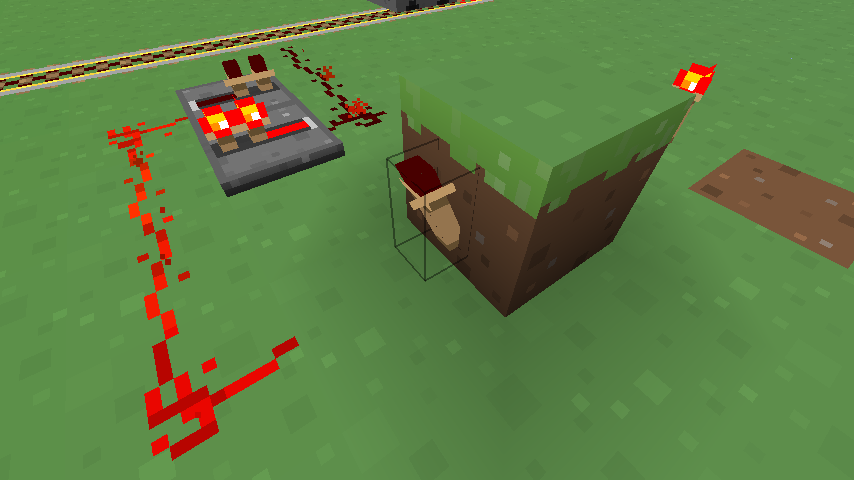 A cart will slow down as it goes uphill.

You have a couple of options:

3. Make something I call a stopper track. It works this way: First if this was your initial track

Then all you have to do is that you put an upslope (with a powered track and a redstone torch if you wish) at the end of B.

This way, when you come from A, you go into B, and go to the upslope, but when you hit the end, you will loose all the momentum and speed. Directly after that you will start moving back into the intersection (cz you are in a slope), but this time with known speed (and not very high speed either)

Then it's just matter of putting the the powered rails at exact points to keep you cart moving forward at the lowest possible speed.

This solution requires the extra track, but it gives you what no other solution does: when you will travel out of the intersection you will ALWAYS have the same speed, no matter of what speed you had when you came in.

Just to clarify: The slope must end in a wall, like this:

otherwise your cart will not travel back and just stop there. 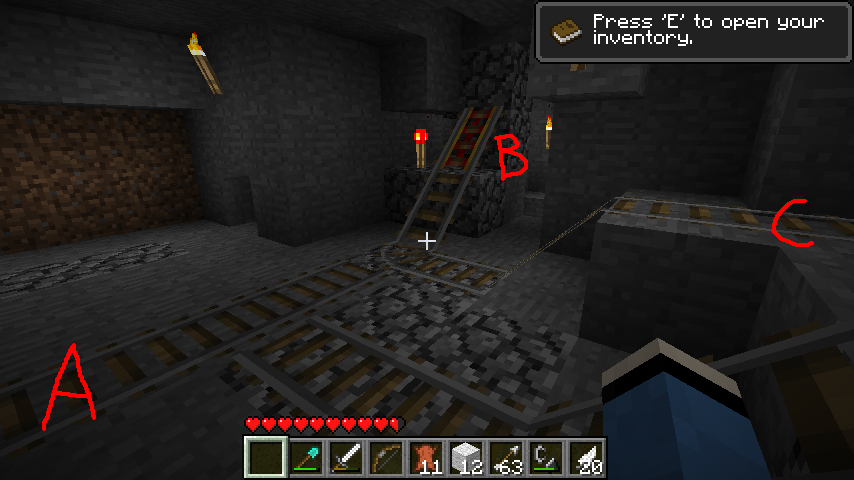 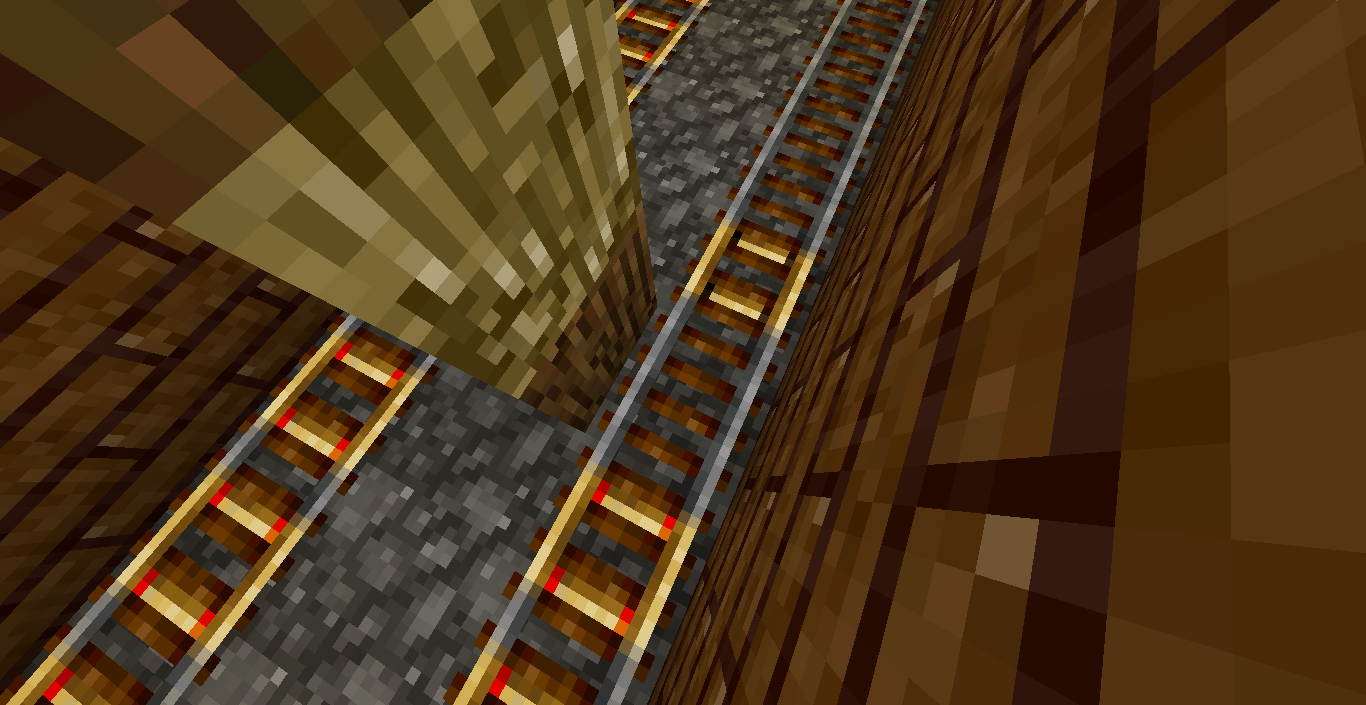 This technique slows it down even more: 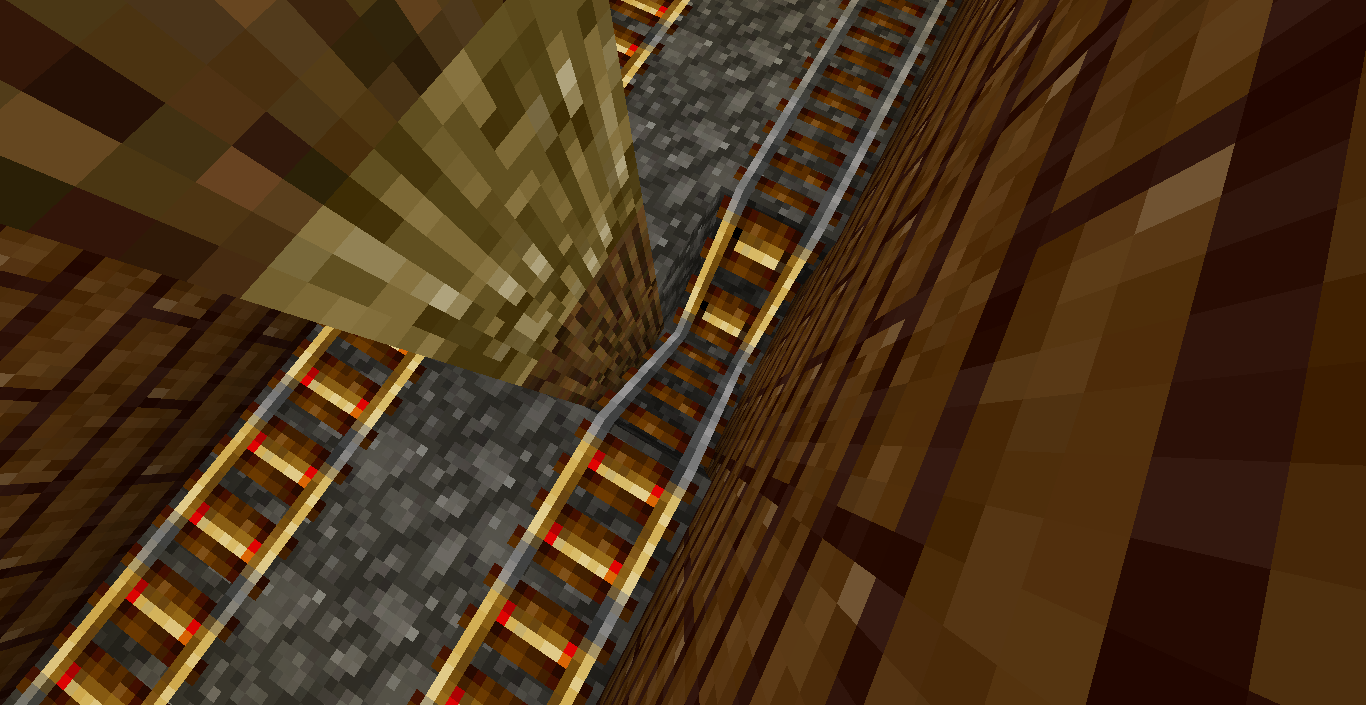 Going around corners seems to slow carts more than straight line track. Perhaps a tight serpentine track section could help you get just the velocity you want.

16
How short can a minecart booster be and still be effective?

8
Making a Station With Redstone Booster Track
17
Is there a way to slow down the Day/Night cycle?
7
How can I stop creeper griefing without changing the gamerule?
1
Why does using Technic Launcher modpacks slow Minecraft down?
2
How can I summon TNT without causing damage to blocks?
1
How can I slow down Minecraft?
0
How to stop endermen from taking blocks without cheats
0
How can I disable autosave since it is causing lag spikes?