How do i send Alloy to my other processor factory?

I'm starting to work with processors (getting a Processor Inc. soon), and i layed out a second processor factory. It's getting all the alloy and plastic, but the old one is getting no alloy or plastic. Turning off the active and new one doesn't do anything. I'm in multiplayer, and i have a little over 1,600,000 Simoleons (oh, and i spent 575,000 of these before on the Empire State Building, pretty tall. i also spent that in the Willis Tower.). 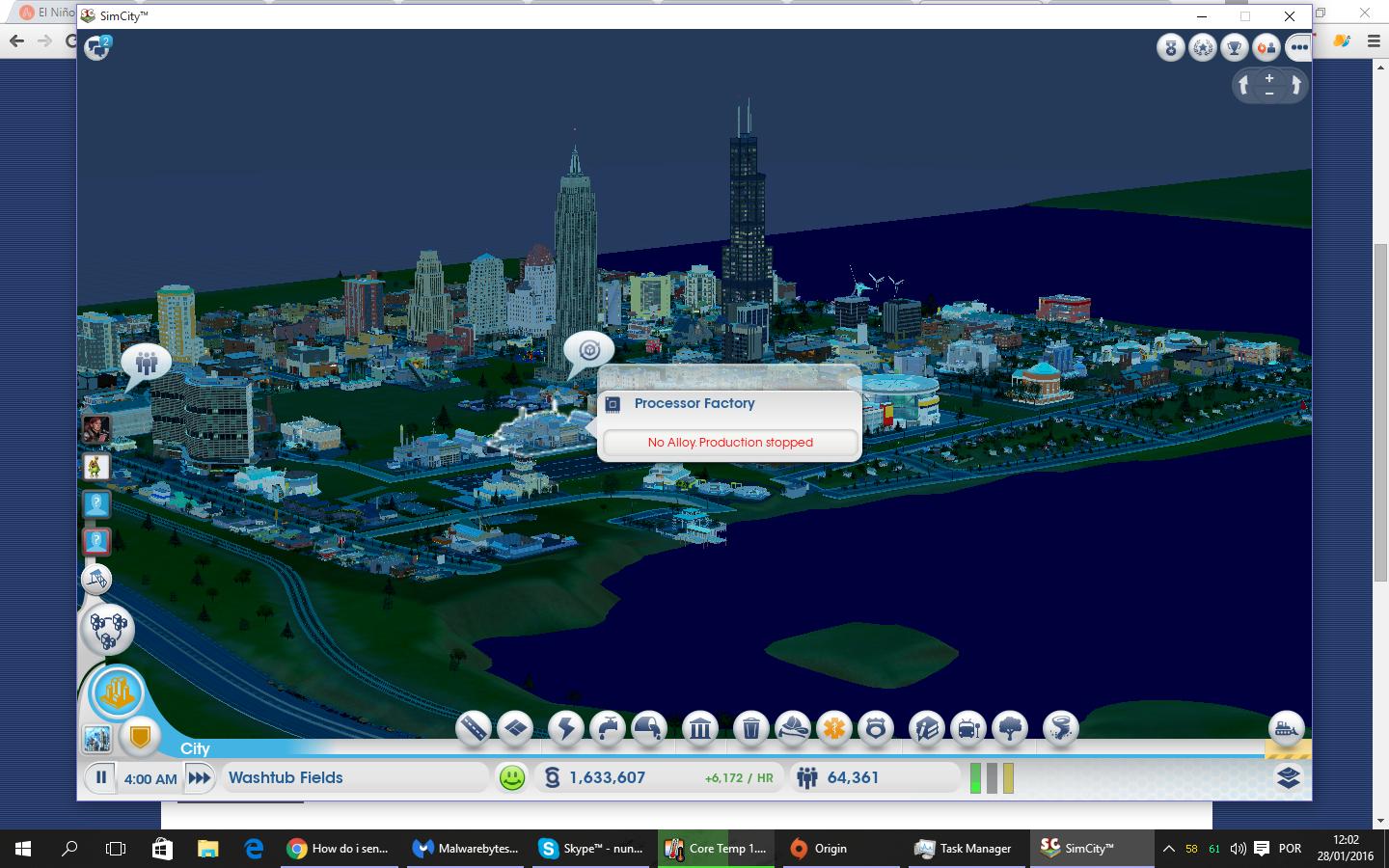 If there are multiple possible destinations for something, it generally ends up flowing to whichever is closer to the source until it is full, and only then moving on to the next-closest one. To control this manually you have to disable one of the destinations' ability to "Accept Local Deliveries"; this will stop it from taking any more of a particular resource until you enable it again.

But you could have avoided this issue altogether, at least for now. It's hard to tell in the screenshot, but you appear to have put down a second Processor Factory without first adding as many assembly lines as the first one can hold. Adding parts to an existing building is usually more effective than adding a second building, especially as in this case it would have kept the number of alloy- and plastic-eaters at one.

8
How can I get workers to commute from other cities?
18
How do I send resources to a “Great Work”?
1
Does Simcity materials serve any other purpose besides income and great works
4
Is there anything more I need to do aside from sign up to send materials to my great works?
3
Processor factory output is full and factories have nowhere to ship freight. How do I fix that?
2
How do I get the processor factory to transport their goods to the trading depot?
2
Can my two cities send resources at the same time?
2
How to sell services to other cities in SimCity 5?