What Hidden Abilities are available?

My grenadier just ranked up to Captain and received a Hidden Ability, and I'm curious how many other Hidden Abilities are out there. Are any of them class-specific, and are their rarities (as in some abilities are rarer to get upon promotions than others) different or all the same? 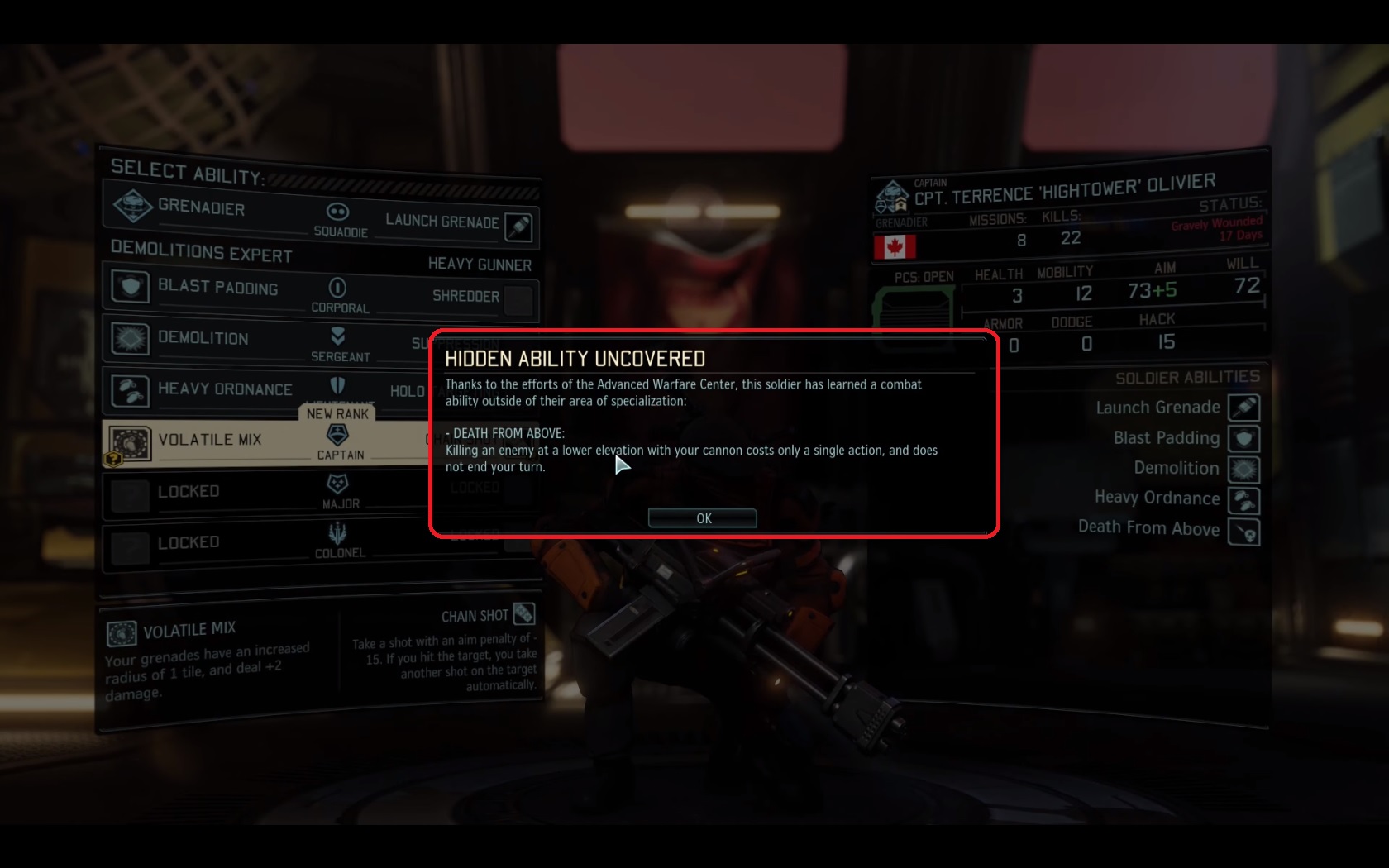 So, since I'm a capable programmer with nothing better to do, I took a break from playing XCOM2 to dive into XCOM ModBuddy. All of the following is taken directly from the SDK. Presume all statements to refer only to the base game, unless otherwise qualified.

All potential Hidden Abilities come from soldier classes, which, in the base game, means Ranger, Grenadier, Sharpshooter, Specialist, or Psi Operative. What the game does is iterate through all the classes, checking each class' ability list for abilities that are marked "CrossClassEligible". Abilities from the current unit's class aren't added as possibilities. (So a Sharpshooter will never get "Death from Above" as a Hidden Ability, even though Hidden Ability is Cross-Class eligible)

It looks like there are hooks for an extra list of non class-associated abilities, and I've heard people get "Lightning Reflexes", which isn't a class perk, but I haven't found that list yet.

After assembling this list, the game simply generates a random number from 1 - X (where X is the total number of skills) and assigns that as the Soldier's Hidden Ability.

TLDR: Most abilities are class-specific, and you will never get abilities from your class as Hidden Abilities.

19
What experimental grenades and ammo types are available?
11
Do Gatekeepers have any weaknesses that can be exploited?
5
What abilities are available to a Leader from the Leader mod?
25
What are ADVENT burgers made of?
7
Make Guns Available?
6
In what order do psi abilities expire during the next turn?
6
Retraining a soldier in XCOM 2
0
"Make items available" removes items from selected squad
8
Which Enemy abilities are prevented by Burn/Poison/Disorient?