What are the different relative speeds of each flying craft?

In this question: What are the differences between ships in Battlefront (x-wing, a-wing, tie, tie interceptor) the general characteristics of the different flying craft are discussed but speed is only vaguely mentioned. 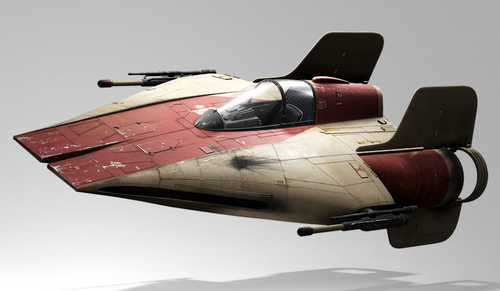 I used to think that each craft had a different speed, but I recently noticed a counter example. I was able to stay behind an air speeder with a tie fighter for quite a while. Which leads me to believe that all the flying craft generally move at about the same speed.

Do all flying craft fly at the same speed, except when using a speed boost?

If not, what's the order of craft from fastest to slowest?

I think from fastest to slowest it's: The falcon, a-wing, tie interceptor and tie fighter(beats x-wing because of speed boost) then the x-wing, then slave one, and then the airspeeder.

11
What are the differences between ships in Battlefront (x-wing, a-wing, tie, tie interceptor)

10
What split-screen options are available in Battlefront?
11
What are the differences between ships in Battlefront (x-wing, a-wing, tie, tie interceptor)
1
Can my brother and I play on the same PS4 console with two different PS+ accounts?
2
What time of day is the best time to play Star Wars Battlefront?
8
What are the hitboxes in Battlefront?
5
What are the actual requirements for “Playing the Objective”?
1
What content of the Outer Rim DLC can be accessed without buying the season pass?