Level up quickly in fallout 4

How do I level up quickly in fallout 4? I try to get experience from killing strong enemies but I just have not found anything that works to well

You should try to get the right skills to level up faster:

Hopefully I mentioned everything. You could give this side a try where I already have choosen a good basic skilling for your case.

Killing big monsters isn't the thing. They are really hard and don't give you the EXP which is worth your ammo and / or stimpacks. 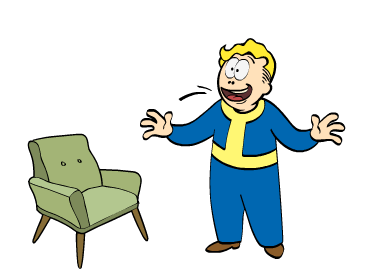 If you want to somewhat spoil your game experience, you can gain a lot of levels fairly quickly by exploiting the settlement building feature of the game.

I'm going to write this post under the assumption that the majority of people who come here will have only just started the game or are wanting to do this on a new file. In your case, where you've already started, the below strategy is still an option but it won't be as profitable if you don't already have the right build.

Step 1. Starting the game with the right build

Being level 2 will give you the ability to unlock some of the Perks the game has to offer. The one we want to unlock first is under the Luck attribute's column and is called Idiot Savant. Getting this to its first level will mean any experience-giving action you make will now have a chance of having its experience tripled.

The reason we kept our Intelligence stat at 1 is because until you have a lot of Intelligence, this reduces the effect of the Idiot Savant perk.

Rank 1 · You're not stupid! Just... different. Randomly receive 3x XP from any action, and the lower your Intelligence, the greater the chance.

Rank 2 (Level 11) · You now randomly receive 5x XP from any action. The lower your Intelligence, the greater the chance.

The next thing we want to do is run around Sanctuary converting everything into Scrap. You can do this by opening the Workshop menu and running up to an item and executing the Scrap action.

Now that we've gathered a lot of resources, it's time to build. Anything you build will yield experience, and the Idiot Savant Perk we unlocked above will triple some of this experience. Pick an item of furniture and place it. Then place it again. Place it some more. Keep placing it. Place it anywhere you want.

This step is pretty creative; why not try building yourself a stairway to heaven with rugs? Remember not to die on the way back down though...

Now that we've build a load of stuff, it's time to scrap it all. You'll get half the resources required to build the item back. Not bad, huh?

Not high enough level? Go back to Step 2/3 and repeat the process until you're satisfied.

At level 11 you'll want to unlock the second level of Idiot Savant to increase this 3x multiplier into a 5x multiplier.

An Idiot's guide from Level 11 Onwards...

Now that you're Level 11, things are getting a bit tedious. It's time to stop building and start exploiting quests! From now on, all you'll need to do is save before you complete a quest and keep reloading until your shiny 5x experience multiplier kicks in. Why settle for 300 experience when you can have 1,500 experience after a couple of reloads?

8
What's the purpose of sitting down in Fallout 4?
5
What craftable items reduce radiation in Fallout 4?
10
How do I remove a marker in Fallout 4
3
How can I get rid of the BOS?
0
Fallout 4 Xbox one "pinned" quest bug
6
Settlement happiness level doesn't go above 80%
2
Will the Combat Shotgun do More Critical Damage at my Level?
0
Bluetooth headphone does not work in Fallout 4?
5
How to stop health regen in Fallout 4?
2
Fallout 4 - Cannot Select Base SPECIAL Perks