I have two cities sharing a resource square in Civilization 2. It seems like it's a bug. Now, I don't want to unclick it because, well, it's on a wheat between the two cities, and you can't go wrong with a shared wheat!!

Has anyone run into this before? If so, under what conditions were you able to reproduce it?

Screenshots below. The shared wheat is the one between Rome and Antium. I had JUST built Antium and was noting it would have one overlapping tile with Rome, but that's okay, as it still had 19 others. But then I noticed it took the wheat. So I went into Rome thinking "Why doesn't Rome have its wheat taken? I know there's other bonus resources around, but it should pick the wheat by size 9!" Go in and sure enough it has the wheat already. A true wtf moment. 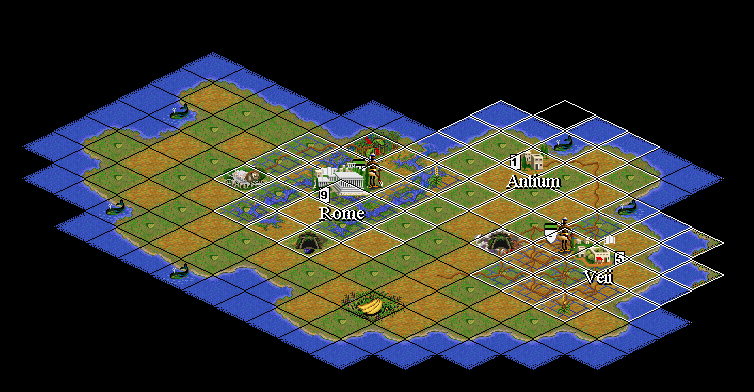 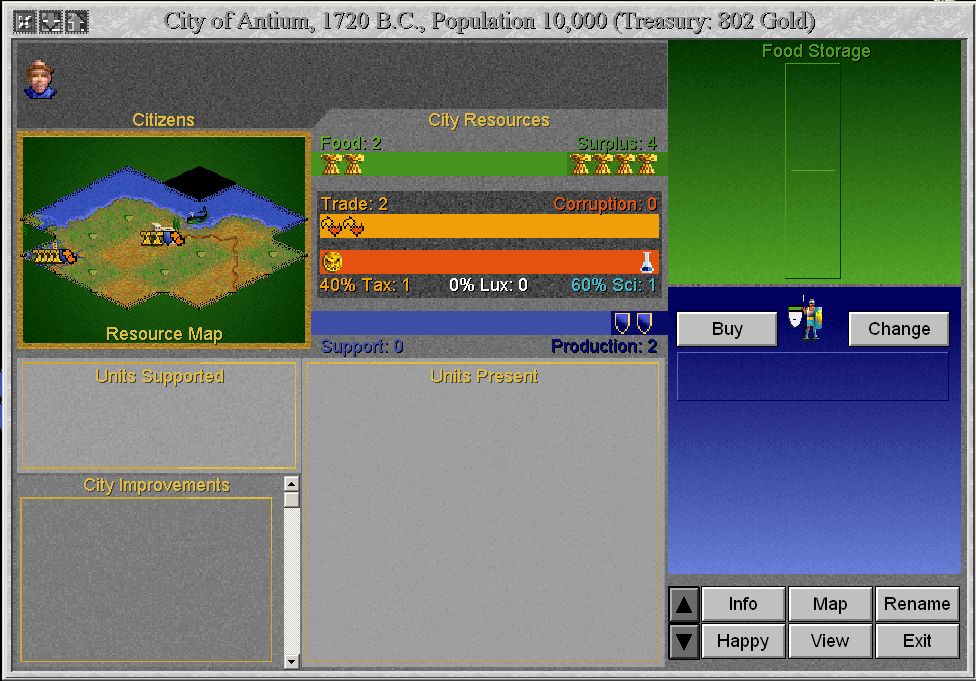 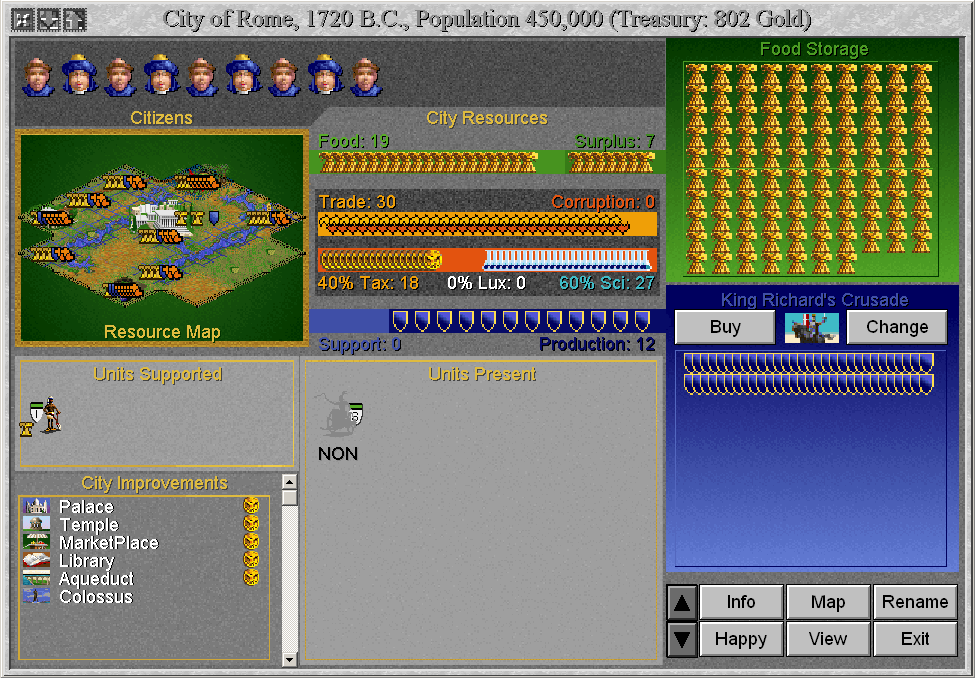 This "bug" happened to me a couple of times, let's say I've created a city, then I started to explore. If you find a village next to your city when you enter this village there's a chance you will create a new city and then this "bug" happens.

Not the answer you're looking for? Browse other questions tagged civilization-2 or ask your own question.

3
Why does my temple only give one content citizen instead of two?