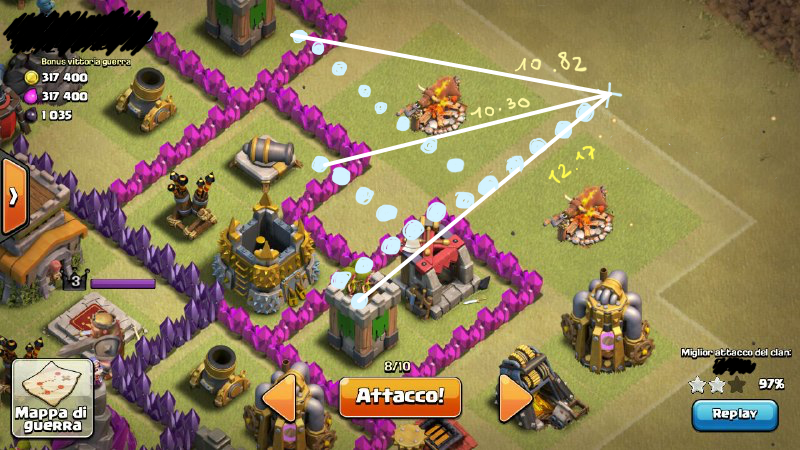 You would think that they would go towards the cannon first, since it's the shortest path there.

Instead apparently they went for the archer tower: 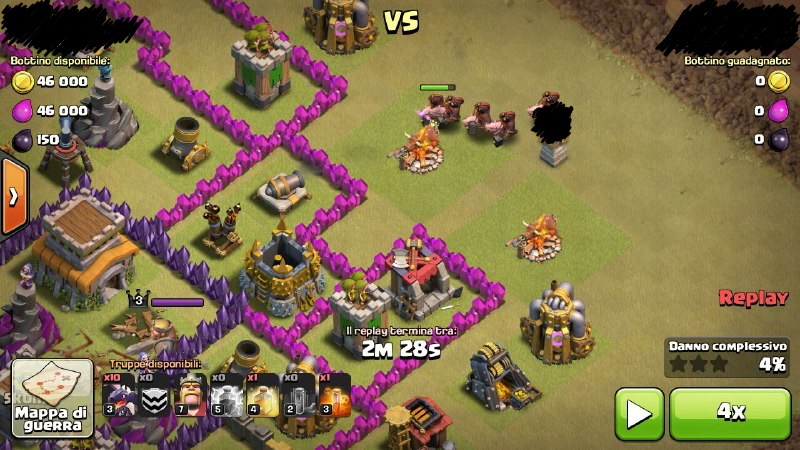 Why did my hogs target the archer tower instead of the cannon, which was obviously closer?

This is because the troop's targeting AI has a spec of "random" (actually determined by the attack's timestamp) placed into it.

What this does is that if there are two targets, of similar distance, as you've shown there, the troop may pick one over the other.

You can see this visible, if you were to extract a replay, change its timestamp and play it. This time, you'll see a different outcome as all a replay does is store the times which troop is deployed and not their full path.

Another comment to it: You may have calculated the path to the cannon incorrectly; it's a tiny bit closer than you think.

10
What are some best practices when constructing your defense?
9
How does Wall Breaker aggro work and how do I build "lure" walls effectively?
6
What units do defense buildings target first?
2
Better Information On Defense Damage Clash of Clans
1
Is it worth it to rearm your traps after every single attack?
0
Factors to consider what to request to defend your base
2
Is the selected Clan War Base unusable if it as the little red house icon?
0
target attack strategy
2
How often does the campaign reset?