What property of redstone torches allows activating stacks of items?

Looking at this video about the new pistons in Minecraft 1.7, he has arranged 3 horizontal-pushing pistons in a stack vertically and is using an alternating pattern of redstone torches to activate them together.

What minecraft circuit wizardry is in play here that makes all the pistons activate together when the input is on? Furthermore, could the pattern be extended upwards indefinitely like this? 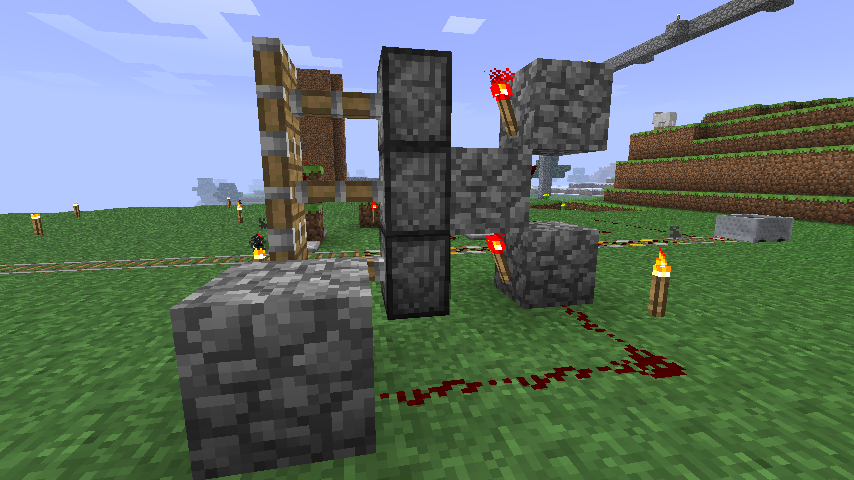 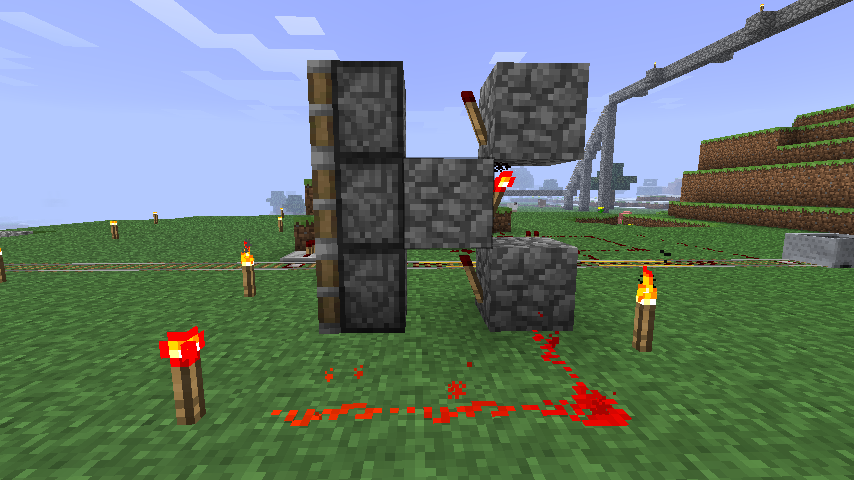 And yes, this design can be repeated upwards infinitely (but there will be a noticeable delay between the topmost and bottommost pistons, as it takes time for each Redstone Torch to change states).

That's a redstone inverter. A nice, compact one. I've no idea if they can be extended any higher, but they can be reversed and stacked horizontally forever.

Take a look at this example using the same method:

Not the answer you're looking for? Browse other questions tagged minecraft minecraft-redstone or ask your own question.