Can you setup a PS3 without a controller?

I have just bought a used PS3 to use as a streaming media player. I've also bought a PS3 Blu-Ray remote (the one that looks like a TV remote) to use with it.

The PS3 I bought didn't come with a PS3 controller.

I've just powered the PS3 on, and got the setup screen asking me to plug a controller in via USB: 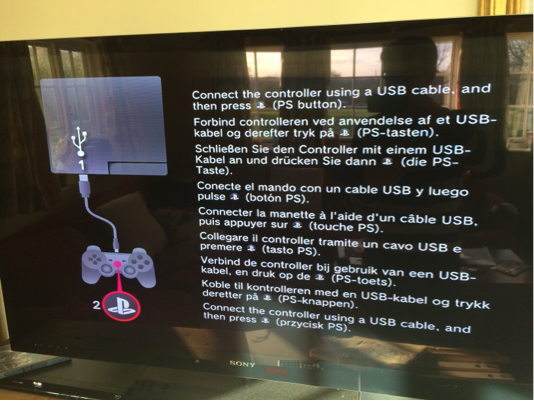 Is there any way to get past this screen without a PS3 controller?

After many helpful suggestions it doesn't look like there's any way you can do this.

In the end I borrowed a controller from a friend for all of 1 minute - all it took to complete setup, get into the PS3 menu, and pair the BD remote.

Try doing an HDMI-CEC control, that might be able to get you far enough to be able to pair the remote. I don't know what the PS button would be, but it might be worth a try

I plugged in a wireless mouse to the usb port and used it to navigate the screen. Got the controller programmed in a few minutes. Worked great.

Not the answer you're looking for? Browse other questions tagged ps3 controllers or ask your own question.