How would I make a reporting chat system using a trigger command?

I need to make it so players can report other players who curse or other bad stuff. So I would start with: /scoreboard objectives add report trigger Then people type to report: /trigger report set 1 But then how would I put this in? Ideally, they would be kicked: /kick @a[score_report_min=1] {text:"You have been reported and kicked"}

this did not work! Am I doing something wrong? What can I do?

This might do what you want just in a different way. (This I did in 1.8) You could give everyone a book with a command. This could /tp them to a room. 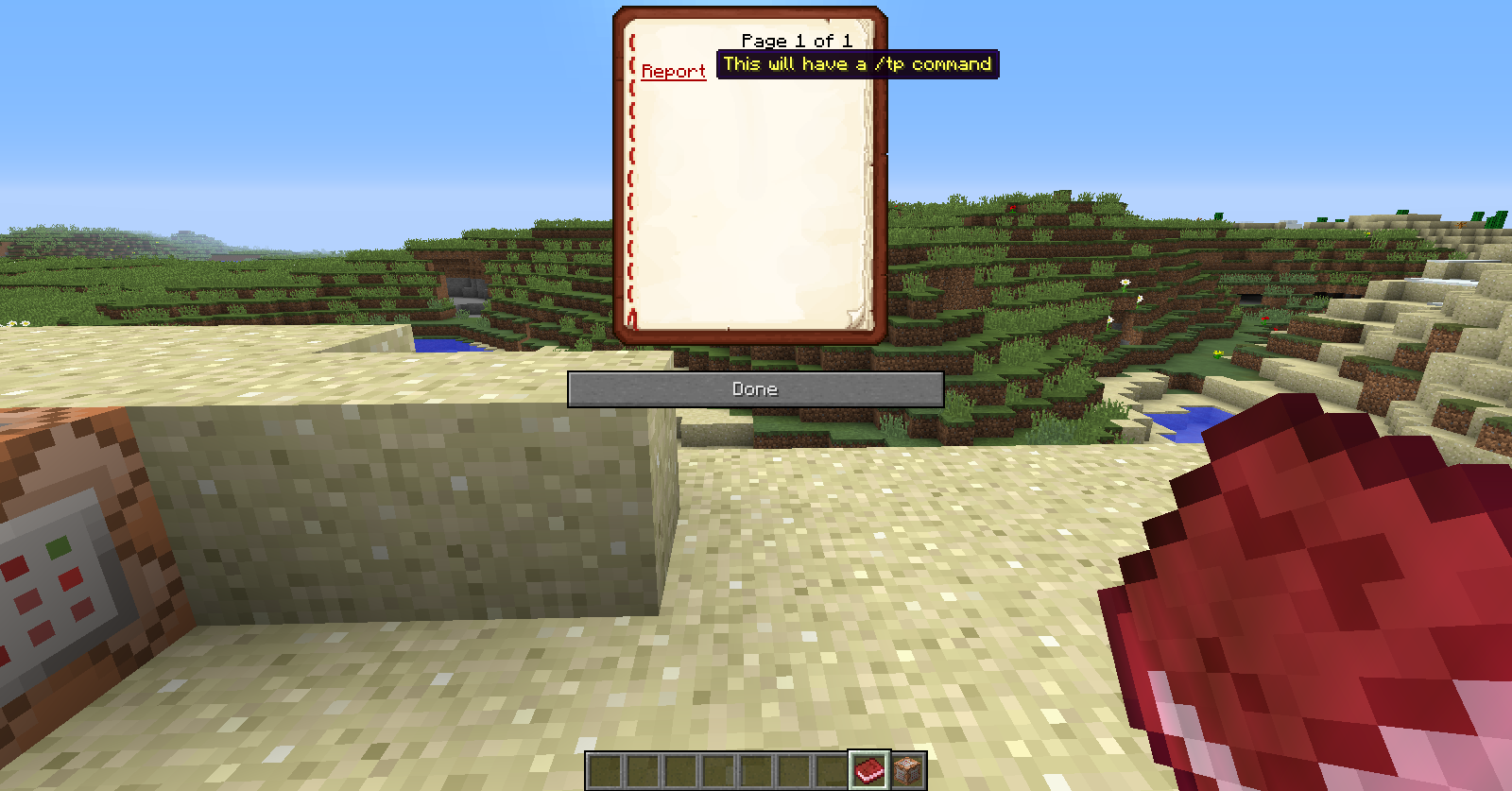 Under the floor of the room hide these commands connected to a clock of your choice(I used a hopper clock). /testfor @p[r=10] This will test for a player within a radius of 10. If a player is within the radius a comparator will activate this command. /give @p minecraft:writable_book 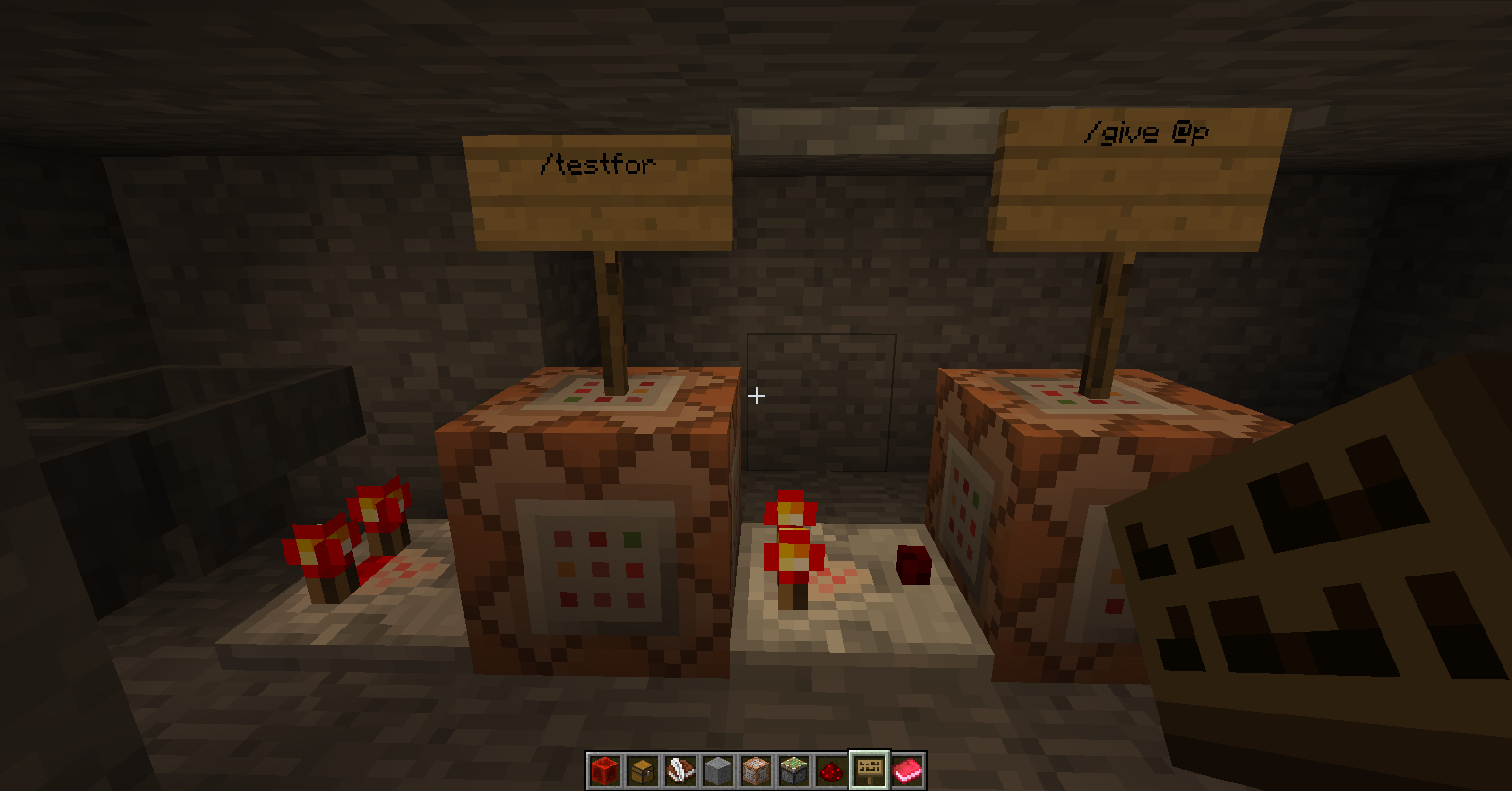 Have them write what they want to report in their book and place it in a trapped chest, connected to a hopper that places the item in a larger chest. Then have them push a button to report. 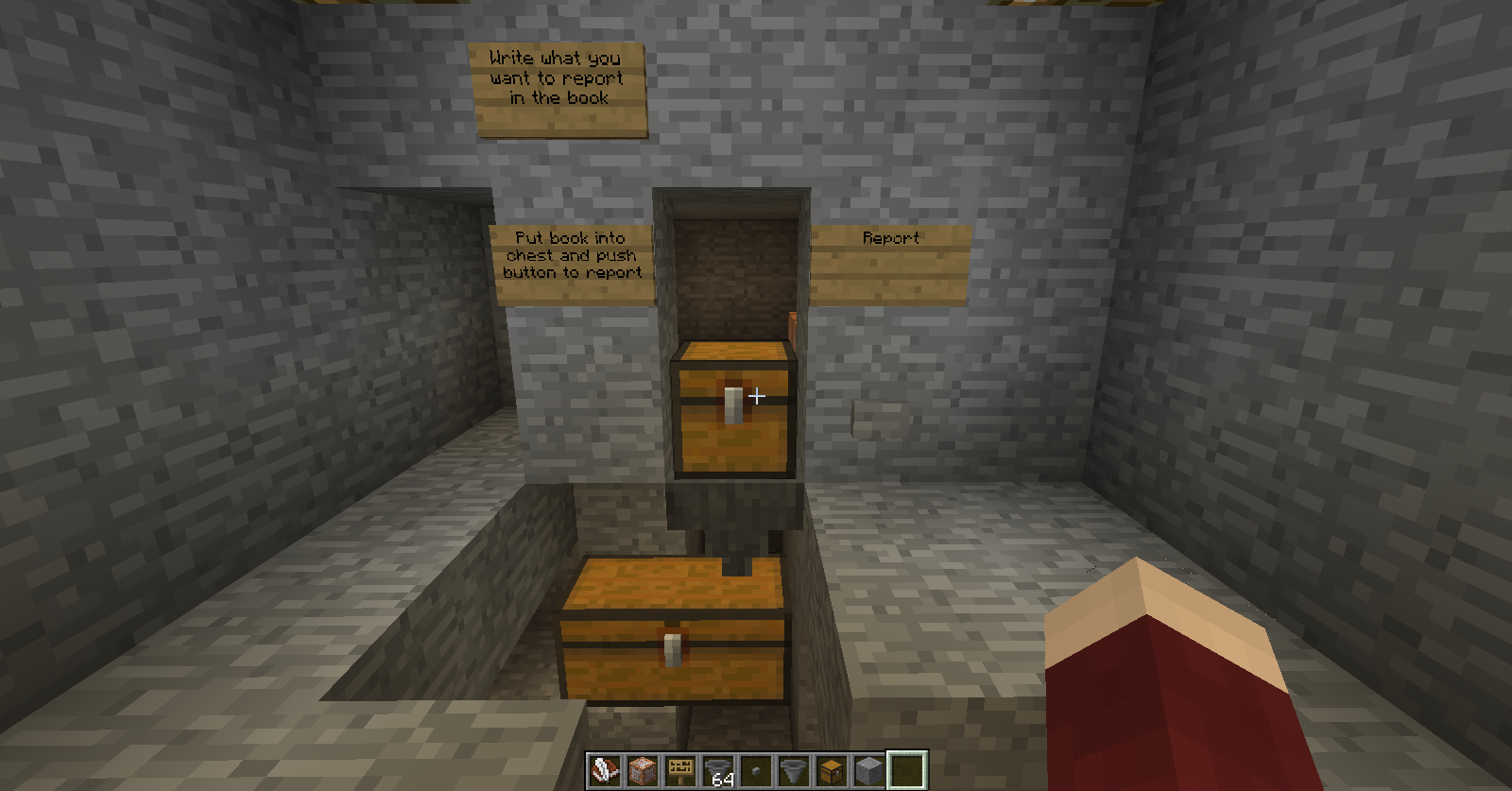 .The report button should have 2 command blocks hidden behind it, one that clones the chest under the hopper to another room, and another that tells the player the report was sent /say @p Report Filed. This is optional, but if you wanted to you could have a tellraw command that tells the owner of the world when someone is reported. /tellraw (name) Someone has been reported it would look something like this: 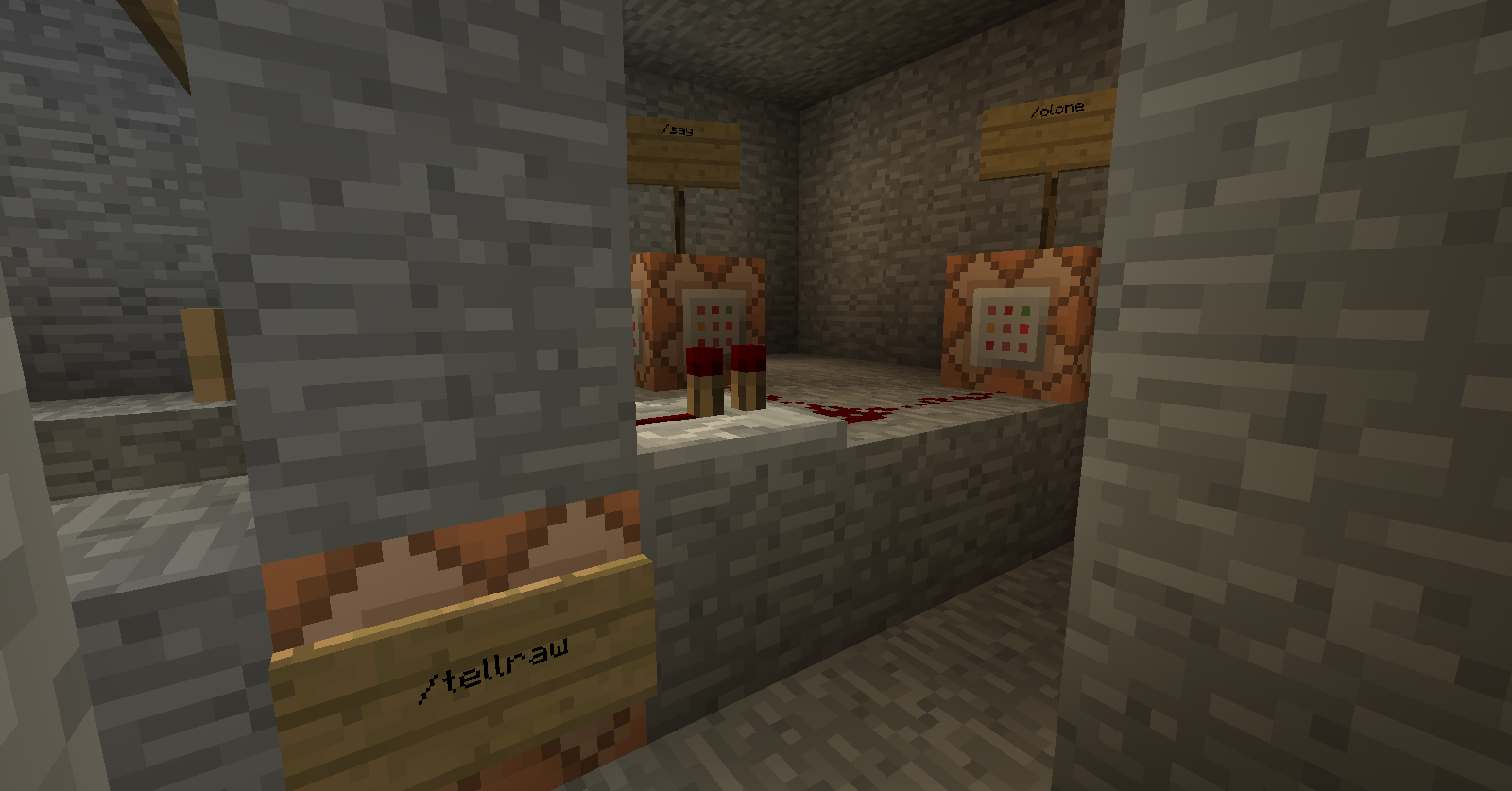 .You could then go to the room where the chest was cloned and read the reports, but you would have to kick or suspend the players yourself.

This is a site with a book command generator:

4
How do I get my AE system to move existing inventory to barrels through storage interfaces?
4
How to make a teleport command that does not work in the Nether?
3
How can I have a player be "on" two teams at a time?
1
Click-Emerald reaction
0
My arrows aren't being executed at by a looping function/command block
1
Testfor trigger isn't working as expected in command blocks
0
Seek players near command block
3
Is there a way to put spaces in a scoreboard player name?
1
How do you make a value-dependent variable scoreboard objective? (Command Blocks, 1.16.5)