Mothrakk seems really difficult to kill when playing single player. Is there an easy way to kill her?

Bring a vehicle and use the mounted gun. Either will work, Rocket Launcher is easier but will take more time, Machine Gun is a bit quicker but a little bit more difficult because you actually have to aim it.

While in the gunner seat of the vehicle Mothrakk won't actually fire on you. Cheezy strat (AI Bug), but it works.

For a valid strat, run to the bottom of the hill and take cover under the roof of that building and just pop out to shoot her and pop back under while she shoots fire down. A good sniper rifle is best for this strat. It'll take a while, but you'll get it eventually.

One good way is to hide inside the vehicle station shown in the map (the fire balls won't hit you there): 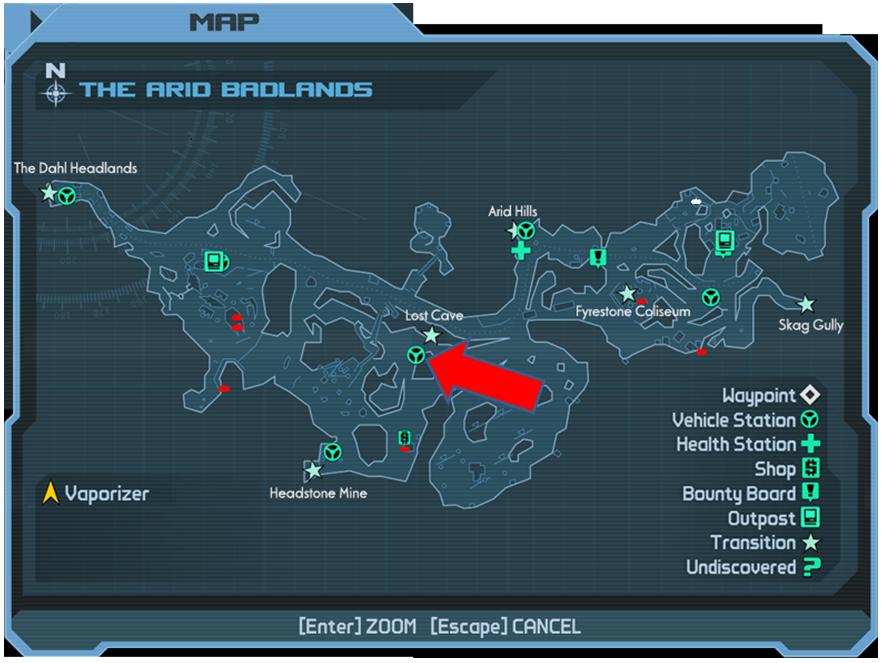 You go out, shoot and go back inside the vehicle station waiting for the fire balls. And keep repeating the process.

If you're running a Soldier having a nice Ammo Regen mod is also very handy.

Start the mission, i.e. get Mothrakk going. Spawn a machine gun runner and go up to the bandit camp on the mountain behind where the three beacons you light for the mission are. This puts you about level with the circling Mothrakk. Line up so that you have a flat piece of ground that you can go forward and back on. Lock the turret guns on and start firing. She will come over to bombard you. Keep locked on and firing with the turret gun, and drive forward/back in a straight line about 50 metres at a time to avoid her bombardment. She may lose interest and go back to circling, in which case repeat the process.

Easiest way ever to kill the mothrakk it took me 5-7 min. Find one good hiding spot and fire away it will not attack if it can't see you. My hiding spot was the red carp a bit behind where you complete the circle of death missions. Kill all the bandits and hide under the red carp next to the red box thats there. Hope it works for y'all.