How do I multiply Lava and water?

In a recent post on planting alchemy ingredients on TerrariaOnline there is a mention of multiplication of lava. The post states the following:

this blackened area is the "temporary" Lava multiplication wing. It can be made longer if you want to, but it works the same: put the lava near the one-block high wall, let it pour for a bit, and after pick it back. In contrast with the water multiplication, you need to wait a bit, whereas waiting when multiplicating water, will result in a slow water-generating process.

This seems to indicate that there is a way to duplicate lava and water somehow. The instructions above seem to require some familiarity with that feature already, or at least they are not entirely clear to me.

Is there a way to duplicate lava and water in Terraria? If yes, how can it be performed?

The liquid physics in Terraria are not completely precise. You can abuse it to duplicate them. Good thing, too, since transporting a decent amount of lava/water anywhere is a huge pain.

Applying #2 and #3, this is a very simple liquid duping setup: 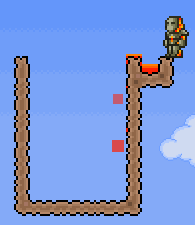 The lava is placed on the edge, where it flows into both the container and the 1-block "basin" on the right side. Both "portions" are enough to be picked up by a bucket again (though in this case, the first scoop will be spread too thinly in the container).

Due to the way fluids are coded, both water and magma seem to 'multiply' when they flow down a series of blocks. Though I don't know why this happens (look to someone who has poked through the Terraria code, for instance) I can show you how to do this. 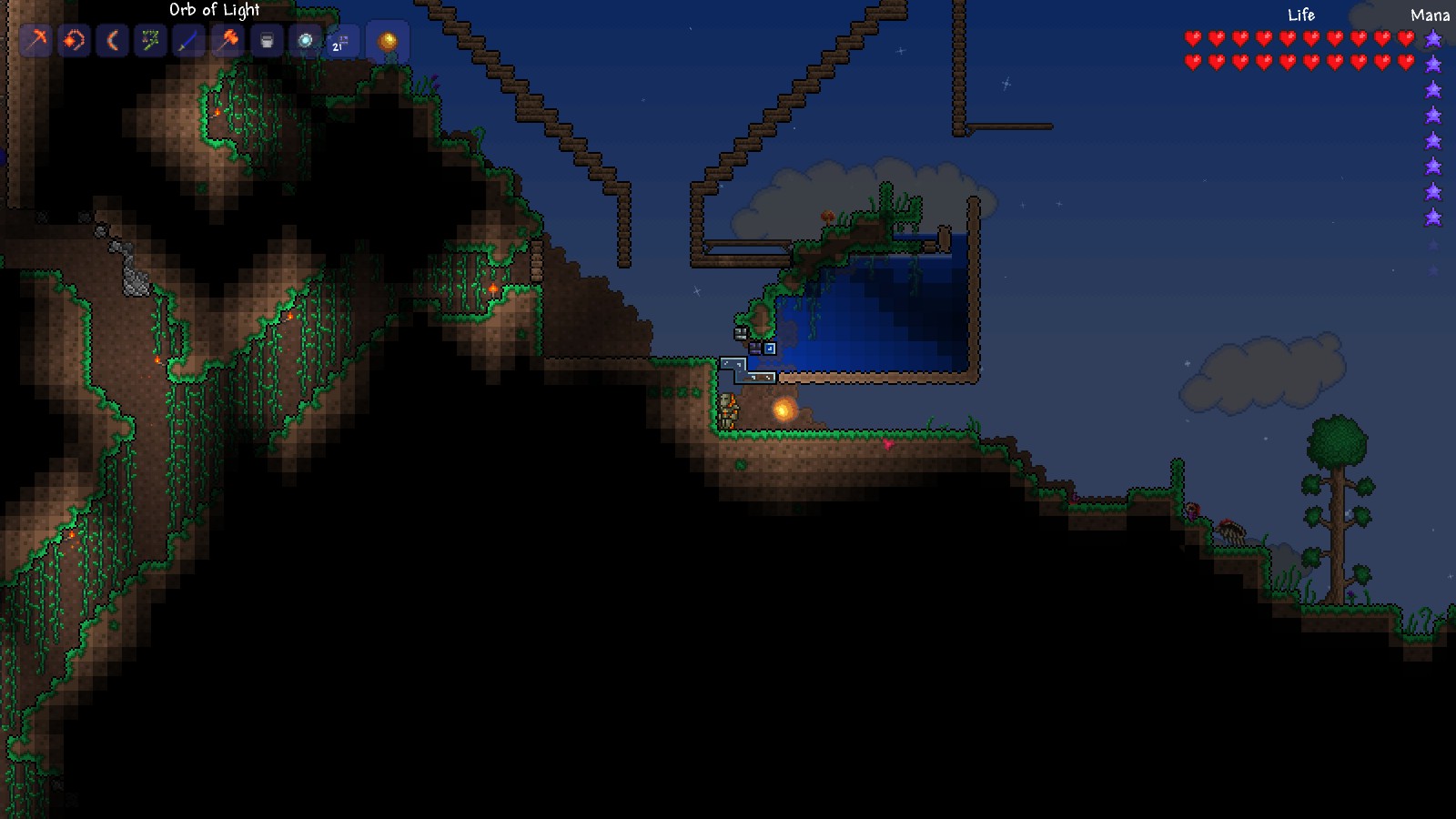 Here is what I call my Lava Accelerator. It is a series of downward steps with a large pit at the bottom to collect the resulting fluid. 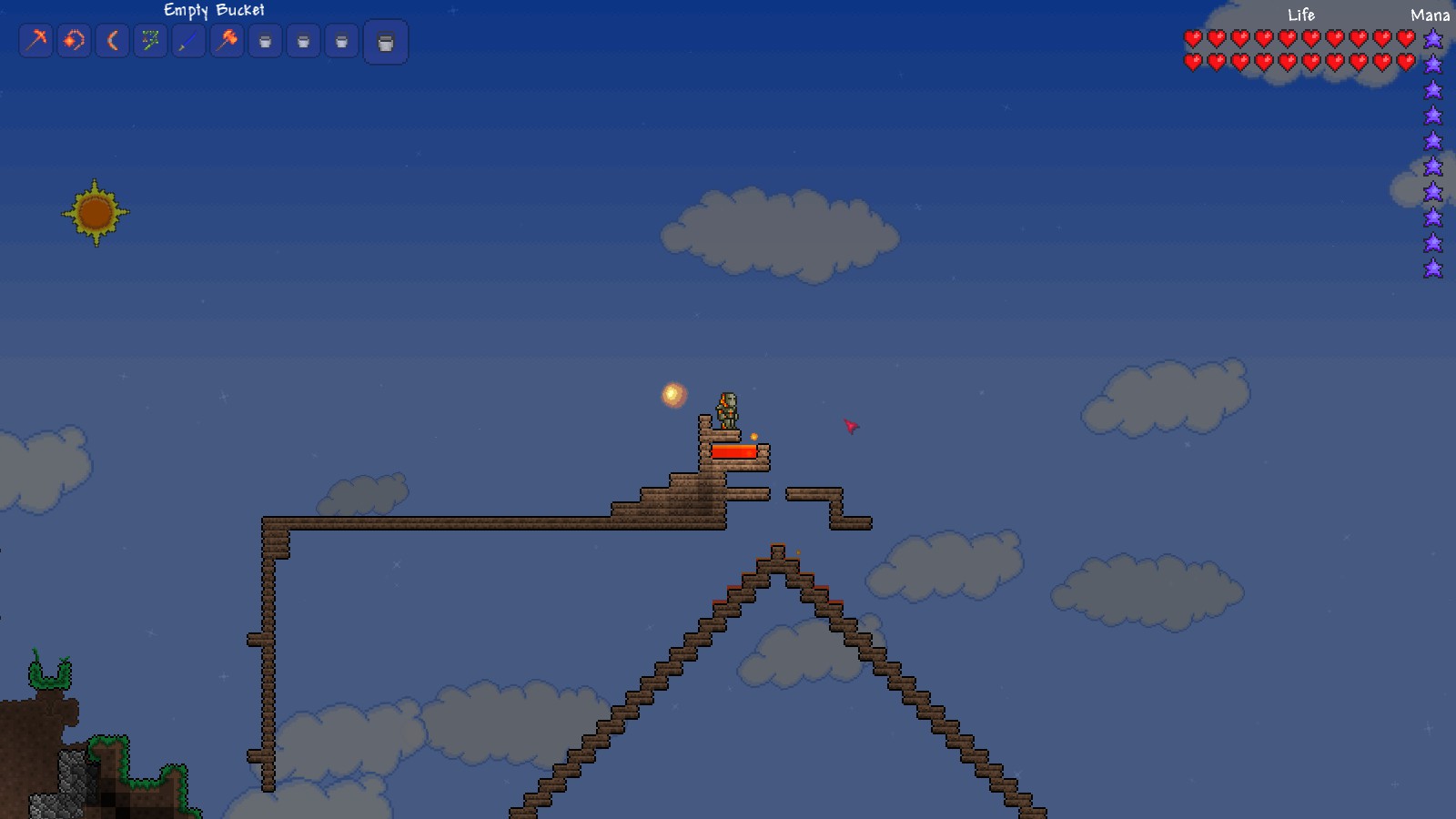 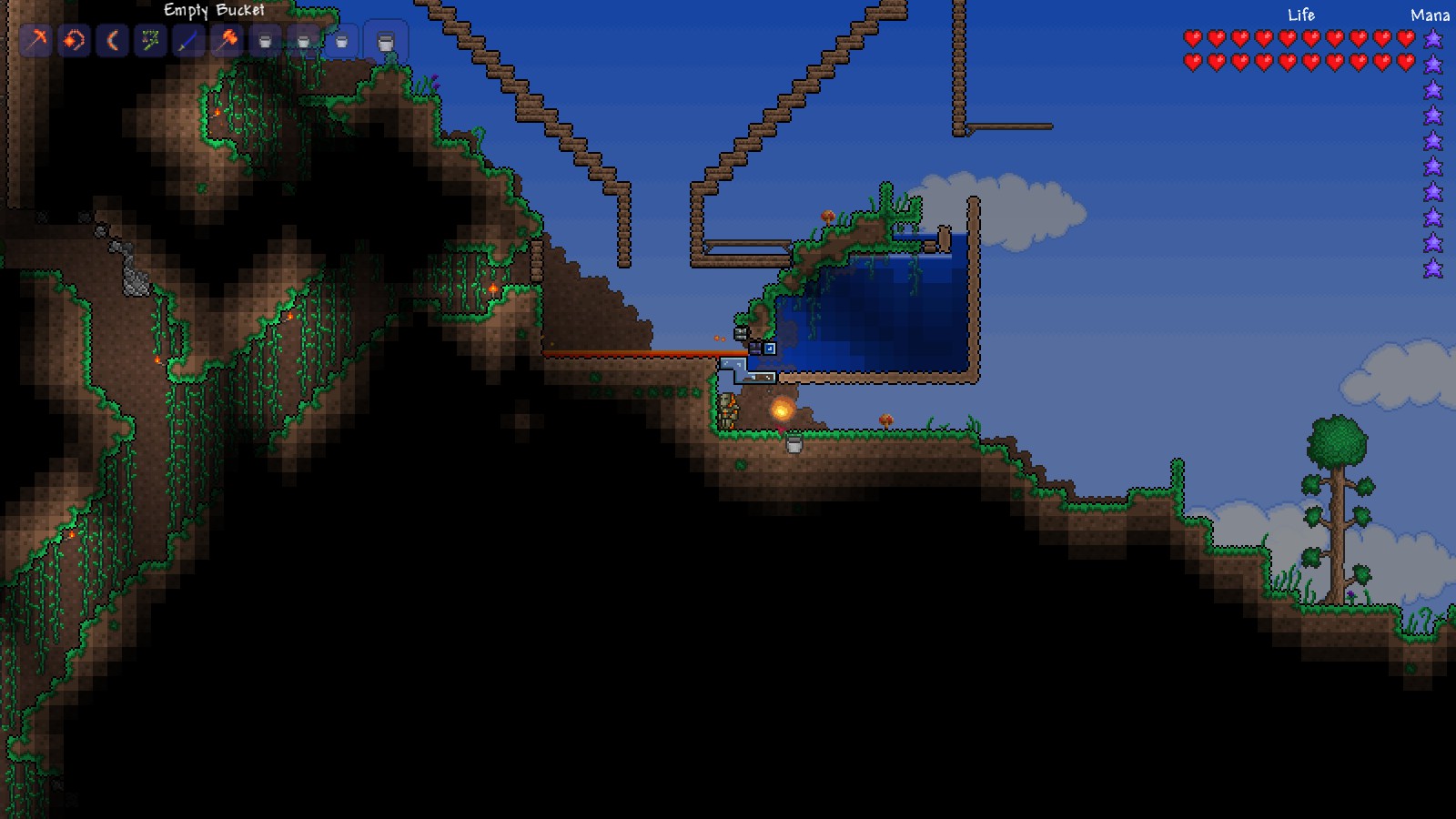 At the bottom, the lava has collected. After falling down these stairs, one bucket of lava... 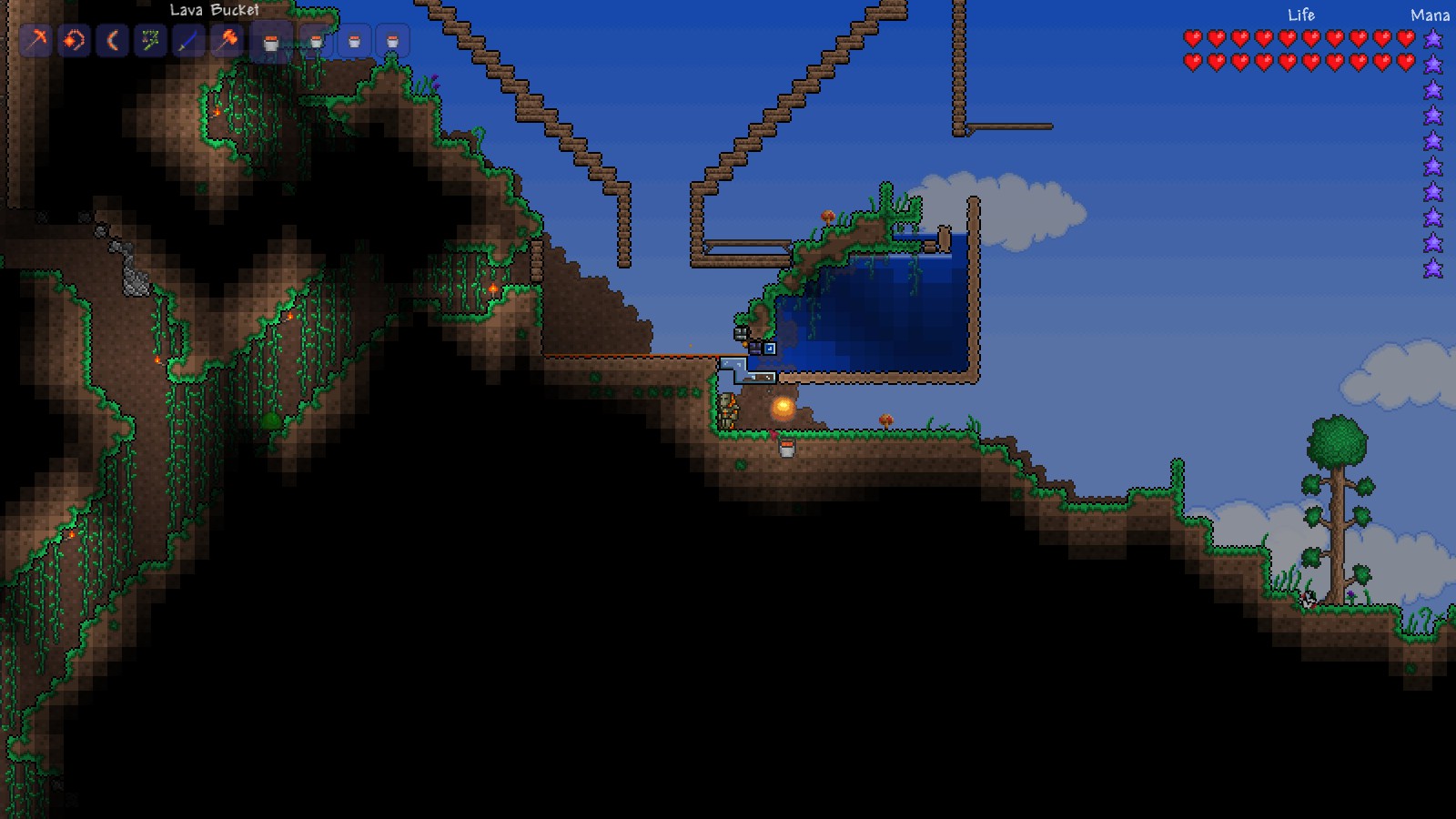 ...has turned into more than four.

If you do this repeatedly, you can quickly fill even the large tank (which I've hooked up to an obsidian generator).

9
How do I safely redirect lava?
7
Results of lava plus water in Terraria?
27
How can I tunnel through water?
16
How do I make a thin layer of lava for mob farming?
3
How to move water/lava in Terraria
4
How do I find a Lava Charm?
8
How to protect against lava?
0
Do bosses take damage from lava and traps?
4
How can I quickly stockpile bait for lava fishing?