The below image is a screengrab from episode 16 of the Yogscast Civilization V: Donut Island season. As you can see, England (Pyrion Flax) has built Macchu Picchu in his city.

Now, suppose Poland (Lewis Brindley) uses a Great General on the hill tile to the west of Macchu Picchu, meaning England loses the mountain Macchu Pichu was built on. Macchu Picchu can only be built on top of a mountain. What happens to Macchu Picchu?

Related: Does the existence of other mountains in England's city domain make a difference? 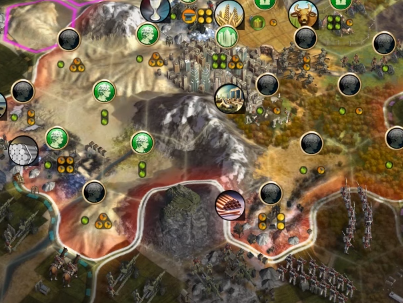 The wonder belongs to the city, not the mountain tile. Whoever controls the city controls Macchu Picchu, regardless of where the game decides to display it.

This was also a topic of discussion on CivFanatics, where they reached the same conclusion. In fact, someone had a city where Macchu Picchu appeared in the theoretical outer limit of the city's boundaries, on a tile that the civ didn't (and never) owned, despite there being closer mountain tiles that were inside the city's radius already.