What's the area of effect for the Scarecrow?

So after having some jerkass crows steal some crops for the first time I immediately put up a Scarecrow, since it'll keep the crows away. However, it has a limited range of 20 tiles, as seen in the description: 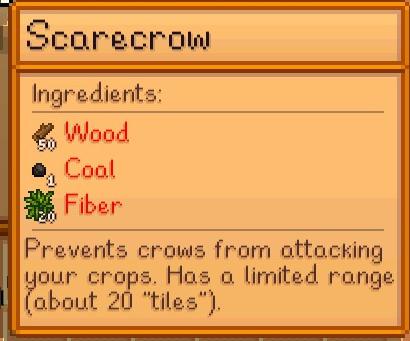 So my first thought was this meant that any tile within 20 tiles of the scarecrow would be immune to crows, but I've been poking around online and I'm getting mixed information on how it actually works. Some folks are saying it's a circle with a diameter of 20 tiles, and others are saying it has a radius of 20 tiles (some folks are saying the area is shaped as a square instead of a circle which makes a difference as well). Knowing exactly how this scarecrow works is important to knowing proper placement of them, so I'm looking for a definite answer on how it works.

Can anyone confirm how the scarecrow works via either SCIENCE! or a statement from the developer?

This image shows the new 8 tile "radius" of the scarecrow. It looks like a square with the corners missing. 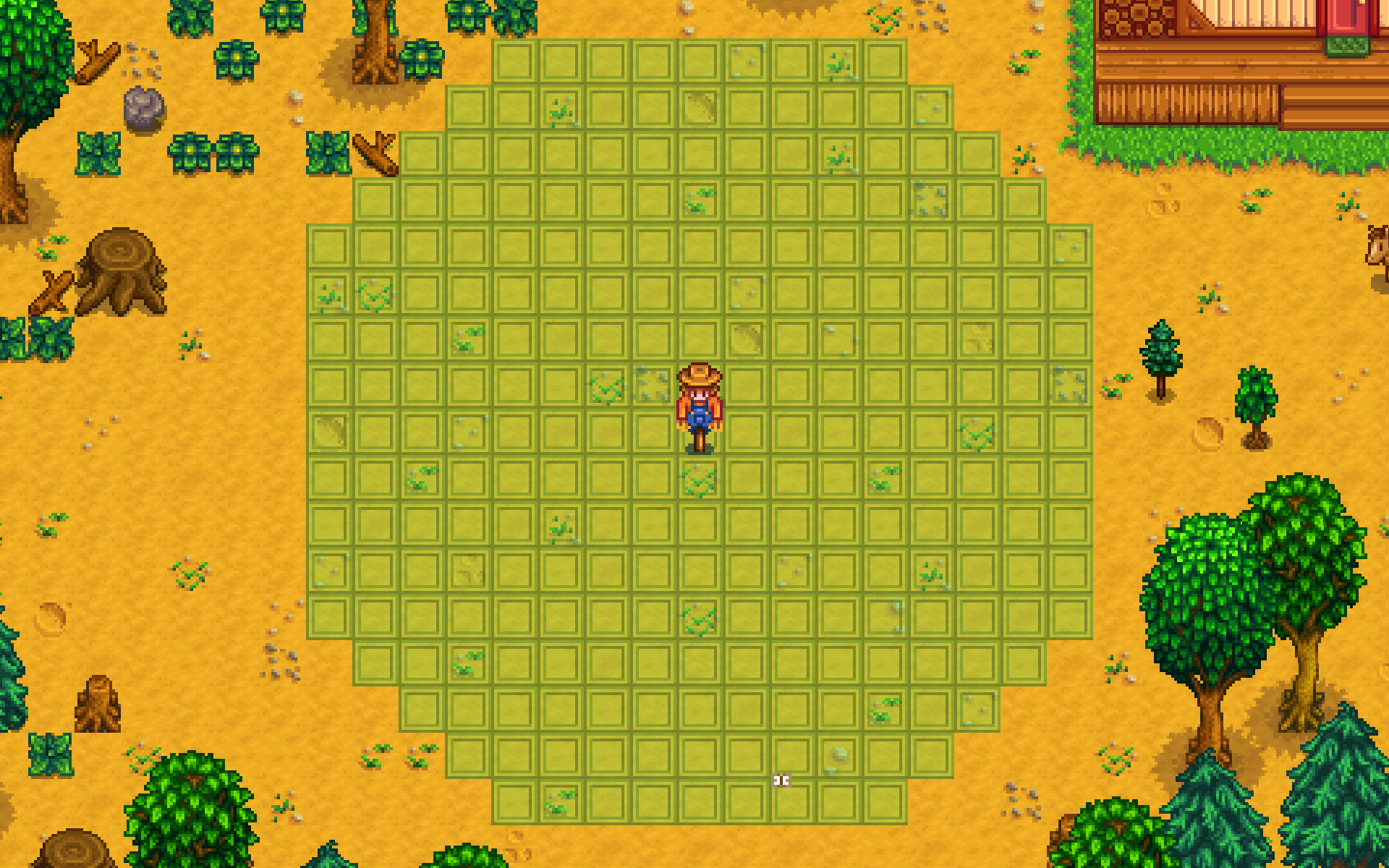 Not the answer you're looking for? Browse other questions tagged stardew-valley or ask your own question.

24
Is there a limit on the number of days or years for a single playthrough?
7
What's the use of fence?
6
When does a weapon's speed take effect?
3
What's a typical playtime for one year of Stardew Valley?
16
How much grass is enough for the animals in Stardew Valley?
11
What is the difference between "This area is infested" and "This area is overrun by monsters"?
6
What effect does Agriculturist have?
6
Do conversation choices in heart events have an effect on friendship?
9
What is the best fish for the pond?
7
What's the earliest you can complete the community center?