My Minecraft skin works fine in 1.8.9 (I use it to play on Hypixel), but when I play on 1.9, my skin turns into Alex or Steve. This has been happening since the snapshots. I have tried re-uploading the skin on minecraft.net, but it still doesn't work. Does anyone know how to fix this?

If you're showing up as Alex, that means you've been randomly assigned the Alex model that's new in 1.9. Steve skins don't fit the Alex model, and it appears that accounts with the new Alex model have had their skins reset (maybe to avoid visual artifacts?).

To get your old skin and Steve model back, login to your profile on minecraft.net and change your model from Alex to Steve, then re-choose your skin with Choose File, and click Upload to re-upload your skin: 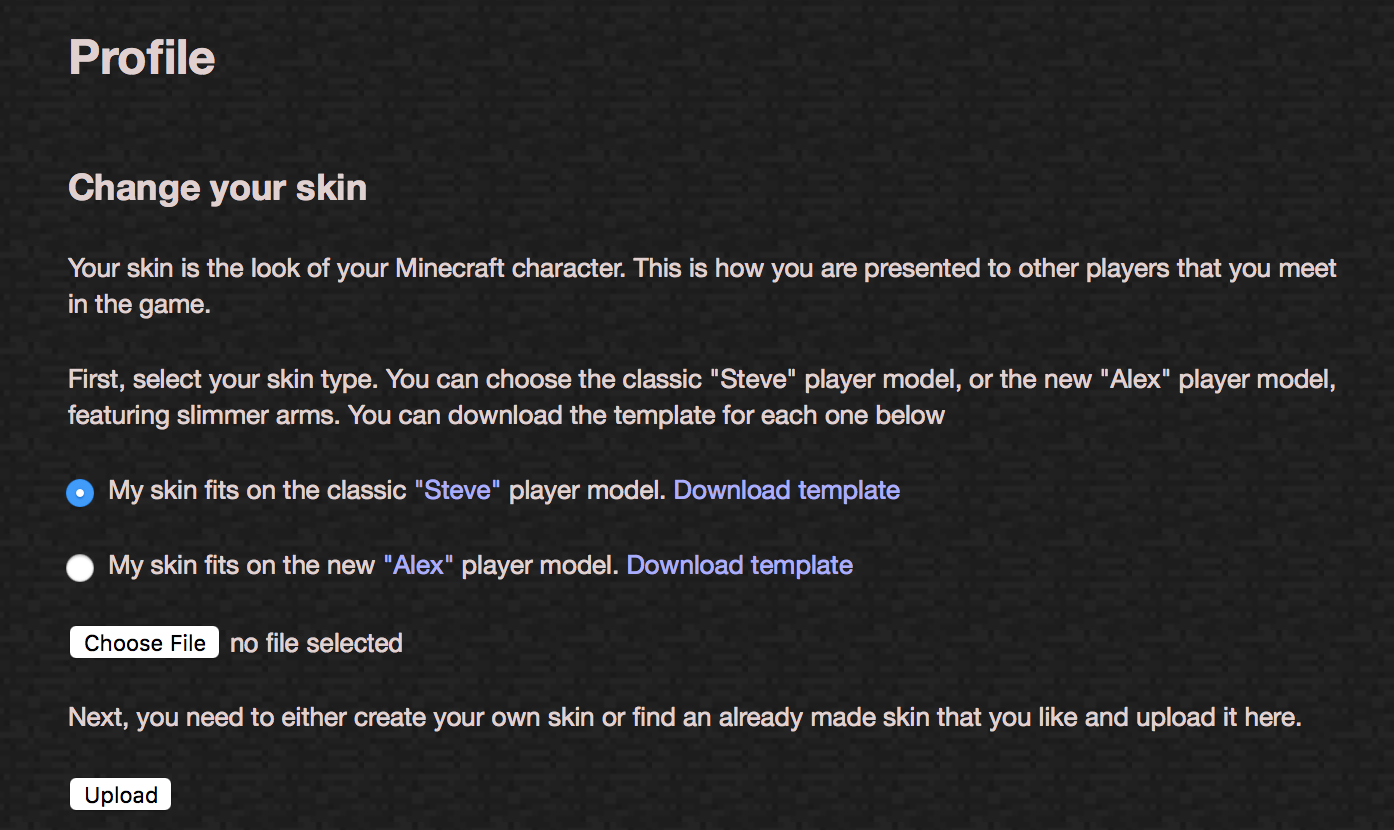 (As the profile page says, there may be a delay in seeing your skin update due to server caching.)

Well, I just did some testing and it worked for me. Usually early updates Mojang has this problem; it's most commonly a glitch in the system, and if that's the case then there's nothing you can do.

My best advice would to be to try to run the profile on the fully released 1.9 version, and not the 1.9 snapshots. If it works for the 1.9 full version, then it means Mojang just hadn't fixed it in the early development builds.

If it's not, there's not really a whole lot you can do. You can potentially check if the server or you are running in an offline mode, or if skin servers are down. Other than that, you are out of luck.

Like I said, try to play the game on the full version of 1.9. Update your skin of course, and see if it works.