I'm not the most experienced person when it comes to commands. I worked out how to do stuff like when holding x you have y effect. I wanted to think of something that gave other people an effect when hit. Here is what I came up with but I got stuck when it said it couldn't execute the command.

You can use the stat.damageDealt and stat.damageTaken objective-types to target players who have dealt and taken damage for multiplayer support.

The following assumes you're using the latest version, being 1.9.

Item to provide the player.

The following must be run in numerical order on a clock.

Update: @Skylinerw has commented that this will bug on multiplayer. To fix this, just ad the team selector for each command and as long everyone has there own team, everything should be fine. You can always ally teams. For this example I am using team a called team. Also, instead of teams, you can use the tag [name=%%] where %% is the name.

Update: for a better reset machine, remove the torch and place a block in its spot than a repeater touching the comparator. Make sure to set the clock at its slowest speed (press 3 times) and is connected to the string of Redstone that connects to the final command block.

I have a different method to this. (This is an edit of Dragnoz's video's method)/

The first command block tests for an item. In this case, I used dragnoz's command:

This is the effect command. You can customize it, but here I gave made it so that when I use the Poisoned Blade, all entities in a range of 16 except for players get effect 2 (slowness) for 13 seconds which is level 2. 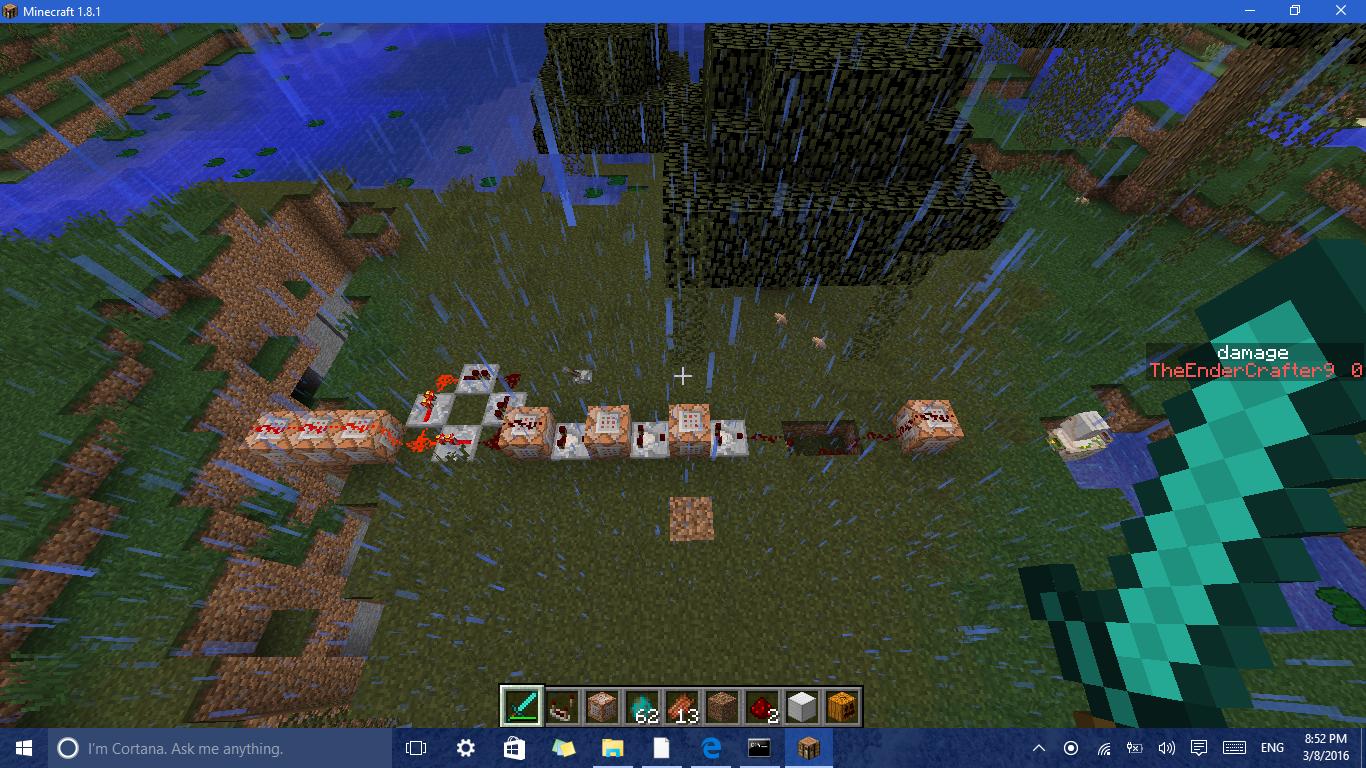 You can do all sorts of stuff with the execute command, one of my favorite being that you when you replace the effect slowness with heal.

In a nutshell it tests if you are holding (in slot 0) A sword named Poisoned blade > then it tests if you have done damage > finally it executes a command (effect) and then resets the score for further use.

1
Can you make weapons inflict status effects?
0
How to register punch in minecraft?

2
How does one make a lightning sword in vanilla Minecraft?
2
Give player item(s) when player hits X amount of deaths
1
How to make a fireball shooting sword on vanilla Minecraft?
3
Minecart ejection and deletion?
3
Minecraft - execute command testing logic (lightning Sword)
0
Minecraft map help 1.12
0
My arrows aren't being executed at by a looping function/command block
4
Why is my /playsound command not playing even though I am in range of the target selector?