How do I keep Endermen out of my house?

I built this house in Superflat. The house is just huge and it's got several rooms(more than 10). I can't figure out how to keep the monsters out. I have all entrances to the house covered but the endermen just pop in somehow. How do I stop it? 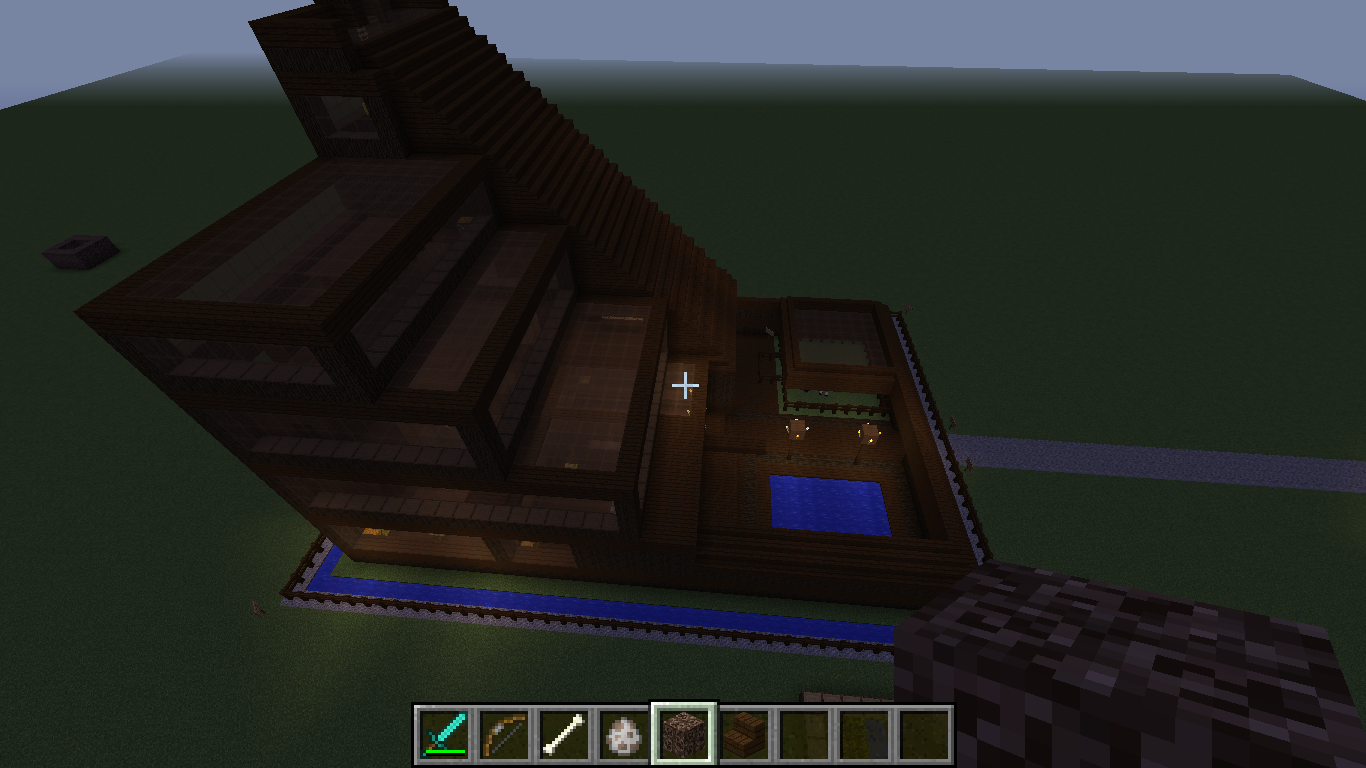 You can prevent mobs spawning by providing enough lighting.

They however cannot teleport there if they would land inside a solid block (blocks with a collision box, i.e. you can stand on them, see: http://minecraft.gamepedia.com/Solid_block). Thus endermen typically need at least three non-solid blocks above the destination (the movement-blocking block) to successfully teleport.

Knowing this, the ways to prevent them from teleporting into your abode would be to make your rooms 2 blocks high, with a solid block as the ceiling or, alternatively, make your floor out of blocks from non-movement-blocking material.

Note however that the wiki is not very specific about the effect of the material on certain block types. For example, stone is listed as a movement-blocking material, but stone slabs do not block movement. Some testing should clear that up. Simple create a new custom super-flat world with the top-layer being from the material you want to test with. See http://minecraft.gamepedia.com/Superflat for detailed info on how to do that, specifically the preset code format section and below. Of course, setting your world to Peaceful will prevent all hostile mobs from spawning....

Put the world on peaceful.

If no, then try lighting the place with torches.

Endermen and other mobs will not spawn on non-solid blocks such as glass, glowstone, or slabs. Endermen also have the limitation of being three blocks tall, so any height less than 3 blocks will keep them from teleporting in.

Since it looks like you are working on building pretty, I am going to give you a few specific suggestions:

1) Place half-slabs on the ceiling, so endermen cannot teleport in. This is a method used in End Farms to prevent endermen from escaping from the farm.

3) Mobs will not spawn within a 24 block cuboid of the player, and immediately despawn when outside of 128 blocks unless they are named or trapped with less than 24 blocks they can move in any direction. So, rather than a moat of water, you can either place non-spawnable blocks on the ground (such as slabs) between 24 and 128 blocks from the furthest points in your house, including points where you fly to, -or- make sure all of those areas are above light level 7 AND you are always within 24 blocks of all points on your house. If you go with this option, make sure your house is well-lit, even on the roof, otherwise your house will be the only spawnable location for mobs.

7
Where's all this light coming from?
24
Is this balcony Endermen-proof?
3
Why do turtles and snakes love my marble brick house?
14
How can I remove Endermen from the game?
5
How do you capture mobs that come from the End?
6
How to make endermen die in one hit, without the use of fall damage?
1
My Minecraft villagers won't stop throwing food at each other